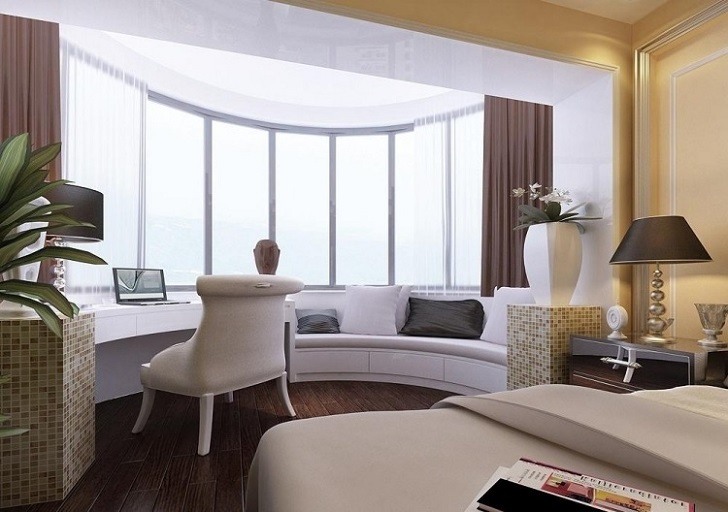 Bay windows vs bow windows – how are these different from one another? 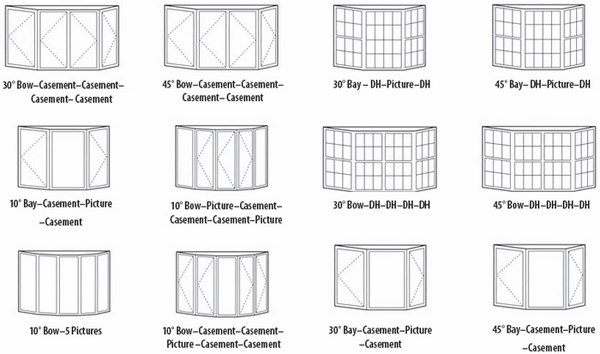 When we discuss bay windows vs bow windows, we have to begin with the major similarity – both types protrude outward from the home and both types can be a real asset adding light, character, style and elegance in any room. Another common feature of the both is that they provide a great view at the surroundings and tons of natural light due to the large amounts of glass. It is important to understand that both types have their advantages and disadvantages and offer different benefits and when you have to choose between a bow or a bay window, you have to know what to expect.

Bay Windows vs Bow Windows – learning and understanding the definitions 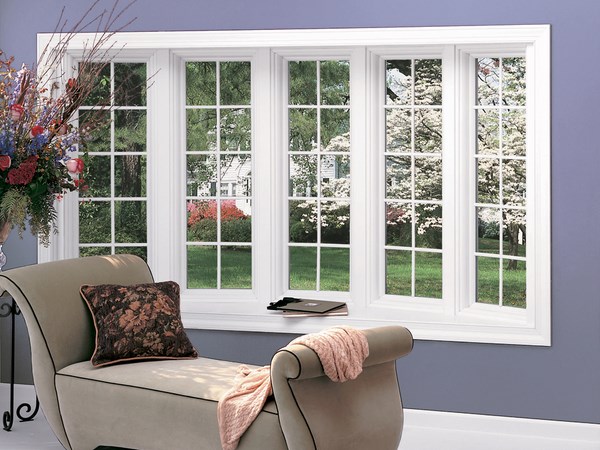 The comparison of bay windows vs bow windows is described in the definition of each type of window. 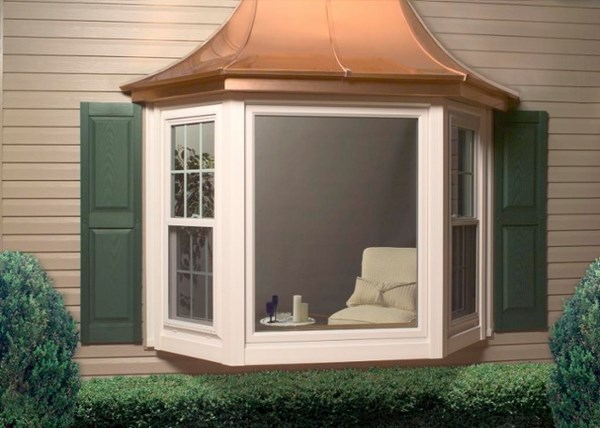 A bay window is an angled window, a combination of three or more windowpanes, having identical sizes or varying sizes, which protrudes from the external wall of the building. Usually, bay windows have a fixed middle windowpane and two operating flanking windowpanes angled relative to the house wall and the center window. The angles can be up to 90 degrees and forms a bay window box which is most often used to create a bay window seating. 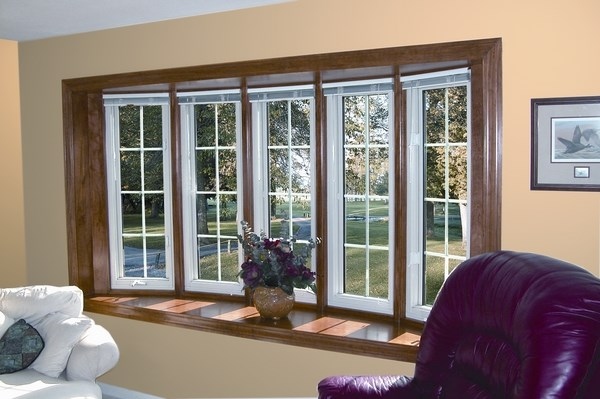 Bow  are very similar to bay windows, as they also extend beyond the exterior wall and form a graceful arch. Bow windows usually consist of a series of four, five, or six glasses placed together at the same relative angles to each other to produce a curved appearance. Bow windows are larger and have more glass area. They are very elegant and make the room appear bigger and brighter, and just like the other ones, provide additional space to the room which can be used as an additional seating, extra storage space, etc. 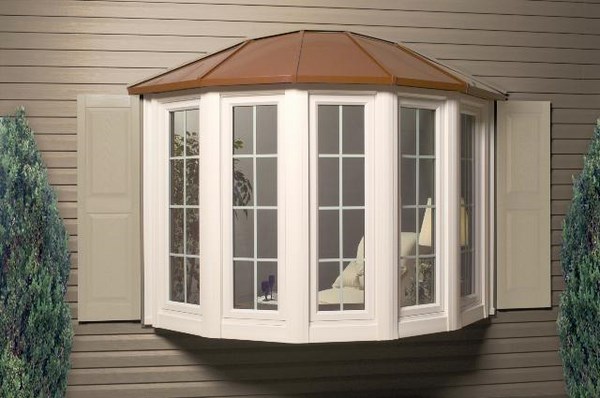 The choice between bay and bow windows will depend mostly on the available size. Bay windows are suitable, for small houses or apartments while bow windows are the perfect choice for large houses. Both types are widely used because despite the differences, they are a great addition to both interior and exterior of any home. 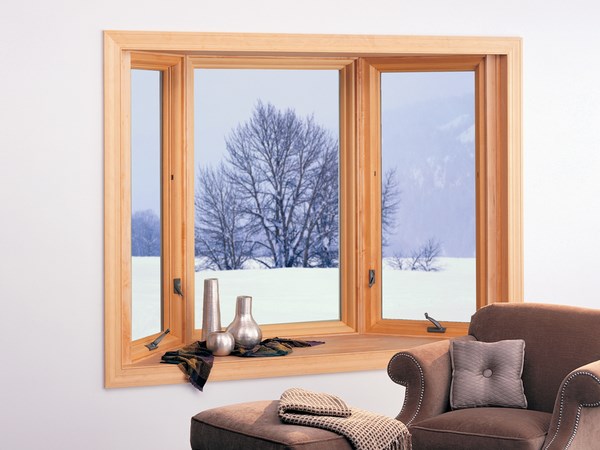 Bay Windows vs Bow Windows comparisons typically include the major features and benefits that both types provide. We shall look at and compare the floor space, functionality, light, ventilation, size and cost of both types of window style. 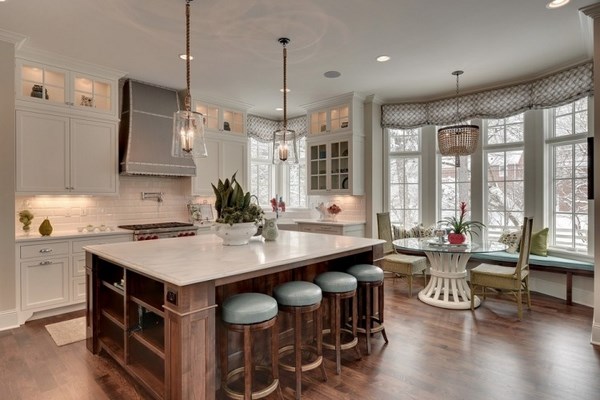 Size differs significantly and this is one of the major features which will help you distinguish bay & bow windows. A typical bay window has three window panes and generally the size of the openings is identical. Bow windows have more than three windowpanes, typically four, five or more, and they can be identical or may vary in terms of dimensions. So, in terms of size bay windows vs. bow windows differ significantly and bow windows are bigger and are not angled or linear but curved, creating a rounded appearance. 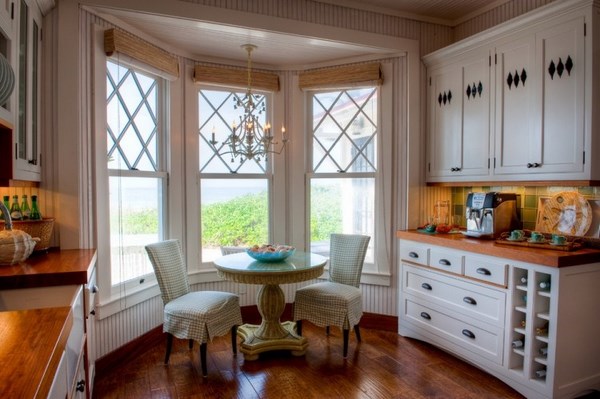 Bay windows vs bow windows also features a major difference in the additional floor space. As we said, both types protrude out of the facade wall, but bay windows protrude further out from the wall out into the exterior space which means they add more floor space on the interior than bow windows. However, both types of windows provide space to arrange a window seat or place a special piece of furniture that you want to highlight, or a piece of artwork. 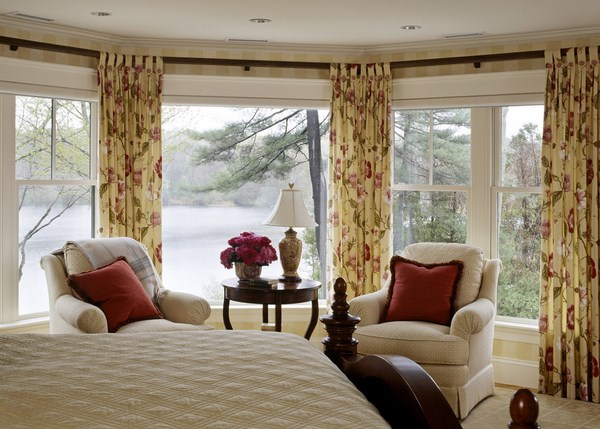 One of the most important things to be noted when comparing bay windows vs bow windows is the amount of light. The amount of natural light is determined by the difference in the size of the screen. Dow to the fact that bow windows have more glass panes and are generally larger in size, they provide more light into the room. Very often they are installed in the corner of a building and create a turret appearance allowing light from two different directions. However, there is one important consideration to bear in mind, especially for bow windows on ground floors or facing a busy street. They provide more natural light and a view at the environment but at the same time they offer a better view of the interior of your home. When you are concerned about privacy, you should consider a proper window treatment to maintain your privacy or choose other type . 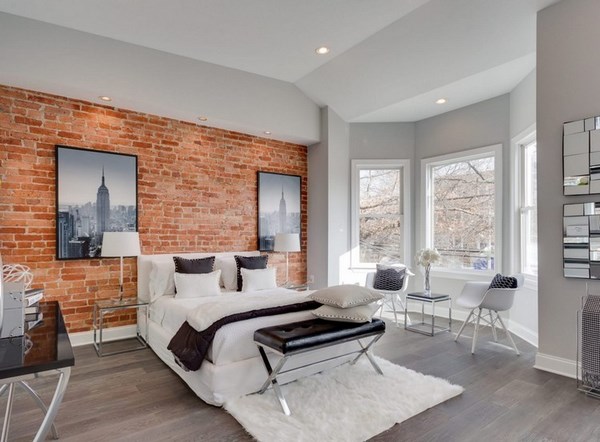 Ventilation is another major feature to compare. Bay windows vs bow windows offer more or less equal ventilation. The differences in window design, however, will determine how many windowpanes you can open. On bay windows you can open the end windowpanes while bow windows offer more flexibility – you can choose a design which allows all windowpanes to open. In that case, the design of the bow window may be quite expensive as more opening mechanisms to be installed and still maintain the seamless curved shape of the frame. A better and cheaper option is to install opening mechanisms on only a few of the windowpanes. 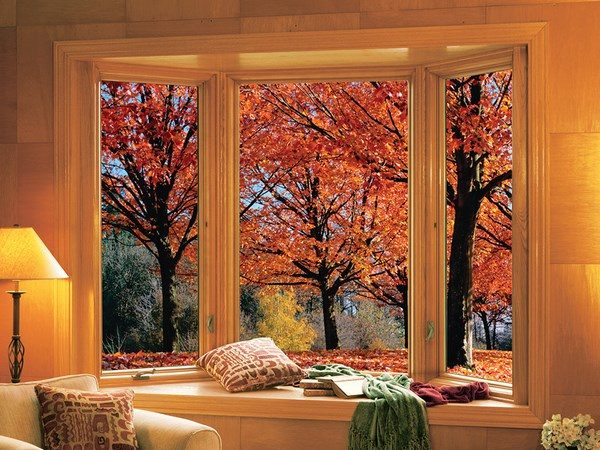 Visual appearance – as much as the choice will depend on the personal preferences, bay windows come in a variety of designs, angles and are more often used in contemporary homes while bow windows are more suitable for traditional houses or Victorian style houses. 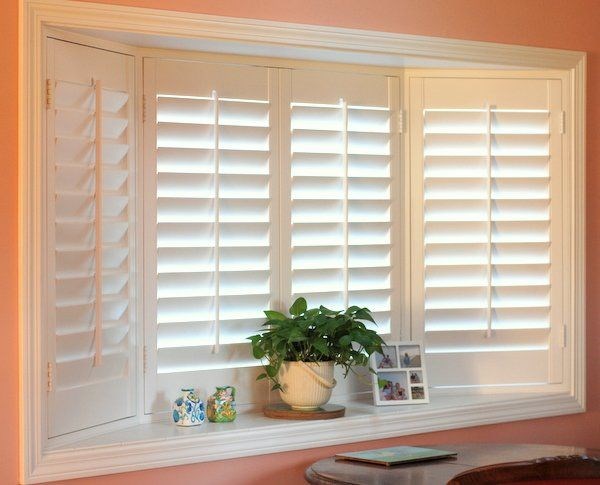 Price – one of the most important things that determines bow window vs bay window differences is the price. Bay windows are cheaper than bow windows, due to the fact that they are smaller in size and windowpanes. 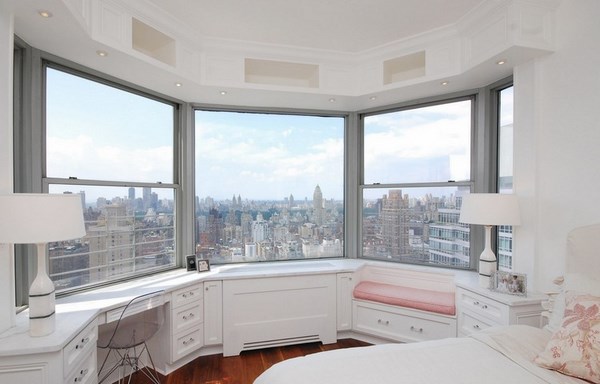 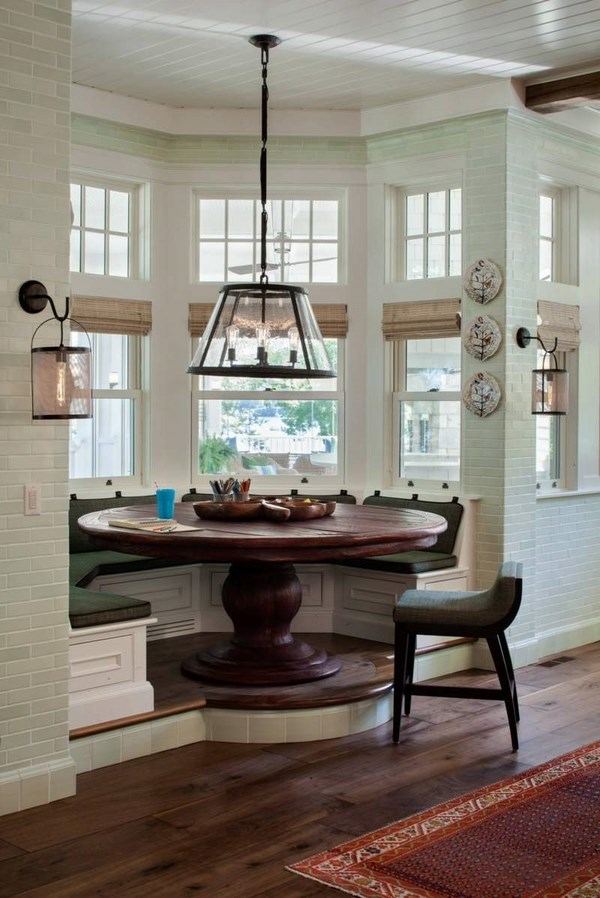 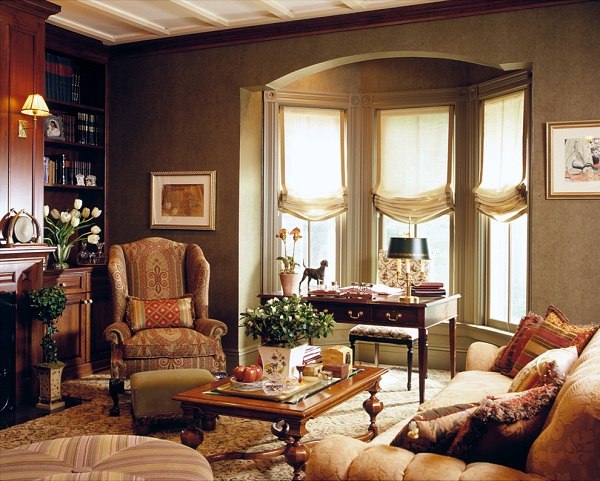 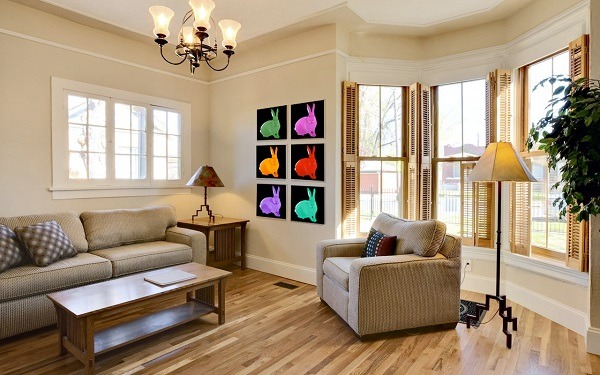 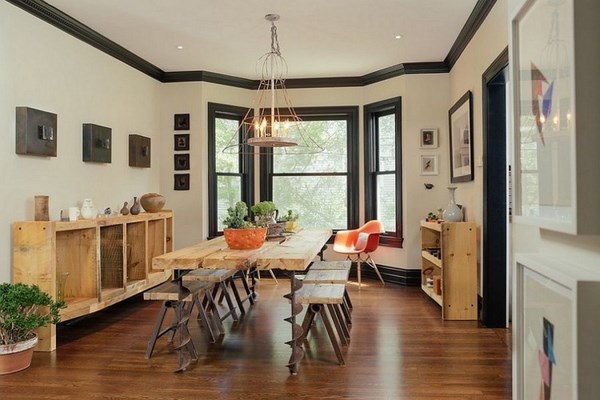 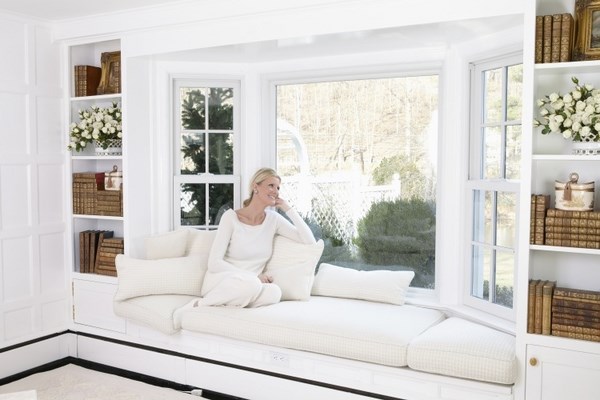 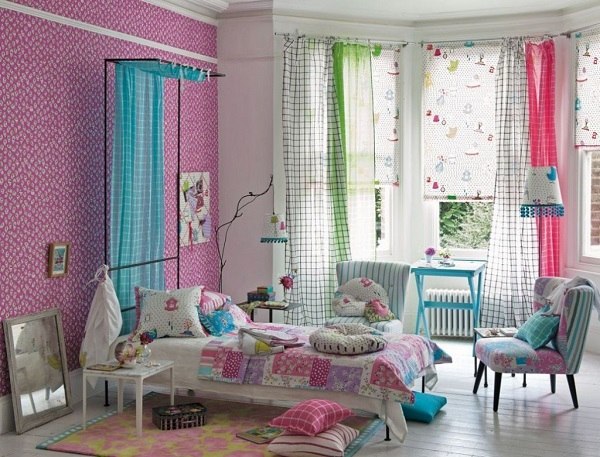 Bow window treatment – an elegant and graceful feature of the home 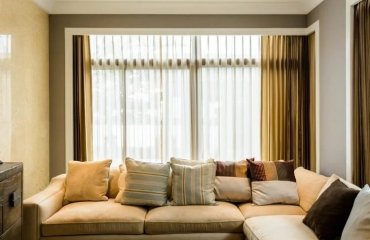 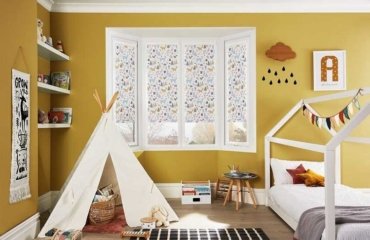 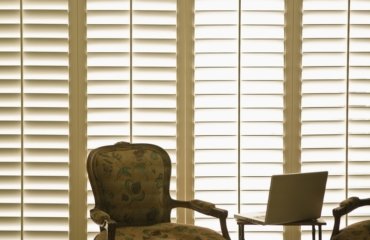 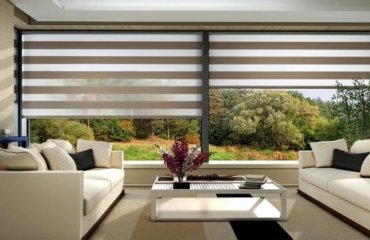 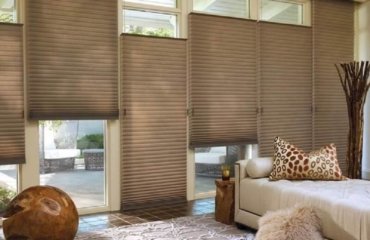 Are Honeycomb Shades The Right Choice For Your Windows? 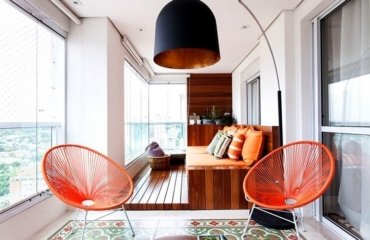 Glazed Balcony Window Treatment Ideas – What is the Best Option?