The Golden Globes is definitely one of my favorite events. I’ll tell you something, I don’t care much who wins the awards, I watch to see the amazing outfits of the stars which most times are breathtaking. Every year the trends change and most stars manage to claim their style and implement it in what they wear to the awards. I have my favorites this year as most of you probably do. Today we will discuss the Golden Globes best dressed in 2023. Who were the celebrities that stood out? Let’s check them out!

Golden Globes best dressed 2023: Who were the celebrities that stood out? Just like with movies and awards, there are winners and losers. If you’re wondering who the winners were on the red carpet at the 2023 Golden Globes, I’ll tell you there were a few, and they definitely stood out this year. We won’t waste any more time, grab your popcorn and let’s dive into the glamorous world of fashion! Nominated for her role as Margot in The Menu, Anya Taylor-Joy opted for a two-piece Dior outfit. Her long, straight skirt reached to the floor and featured a high slit, while her bustier was strapless. As befitting such a glamorous evening, the color was gold and the jewelry was by Tiffany & Co. This look is giving a little bit of a modern version of Andy from “How to lose a guy in 10 days”. It is super flattering, and it looks great on her! Yellow will be one of the most trendy colors for Spring Fashion 2023.

There is no way we are going to miss mentioning the queen itself! Despite not attending the red carpet, miss Rihanna, whose song for the film “Black Panther: Wakanda Forever” was nominated, once again topped the charts for fashion. She showed up to the event wearing a black dress, Giuseppe Zanotti shoes, and a Roger Vivier purse. I know you are thinking what I am thinking, so I am just going to say it! Rihanna just never stops to shine with her outfits and every time she makes an appearance it is just pure magic! Is it just became super hot or is it just Andrew Garfield? Another man who chose to wear something different from tuxedos and black suits. A dark orange suit from ZEGNA, worn over a black shirt and finished off with black shoes, was worn by none other than Garfield, who was nominated for his performance in Under the Banner of Heaven. I don’t think anyone else could pull this orange suit off like Andrew did! Jenna Ortega has absolutely done an amazing job playing Wednesday Addams in the new Netflix series. They quickly became the favorite TV show for teenagers and adults, and it gave a new meaning to the Addams Family. Nominated for her first Golden Globe, Jenna wore a Gucci gown and Tiffany & Co. jewelry. Although she lost the statuette to Quinta Brunson, Ortega can easily go to bed as one of the best-dressed actresses in Hollywood. The star of “Pam and Tommy”, Lily James, admitted that she was eager to take off her Atelier Versace gown, so she could dance freely. On the other hand, we wished the formal portion of the evening would go on longer, so we could admire the stunning red dress with its enormous train more and more. Harry Winston jewelry completed the appearance. Lily was certainly one of the best dressed at this year’s Golden Globes. Billy Porter never stops to amaze me with his creative way to present himself on the Red Carpet. He did it once again at the Golden Globes this year. Known for his eccentric style, he once again caught the eye with a mix between suit and dress. Donning a floor-length red blazer with a huge train, the actor made an appearance in a host of silver accessories, a white shirt and a red bow tie. The look was put together with designs by Christian Siriano. As we all know the velvet was a huge trend in 202. However, in 2023 rich and luxurious materials like that will be even a bigger thing in the fashion world. Salma is one of the most beautiful women in Hollywood, according to myself. She always looks stunning and wears the perfect outfits. She definitely knows how to get attention, doing it once again at this year’s Golden Globes. Salma appeared on the red carpet in a crystal Gucci gown that wonderfully described every curve of her body. The design was complemented by Maison Boucheron jewelry, a Dionysus clutch and sandals.

The rest of the Golden Globes best dressed 2023 Jessica Chastain and the “Spider-man” gown Are white boots in style 2023? Check out some of the best fashion inspirations!

Are white boots in style 2023? Check out some of the best fashion inspirations!
Next article 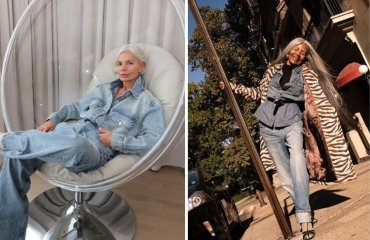 Outfits with jeans for women over 60: It is time to express ourselves trough fashion! 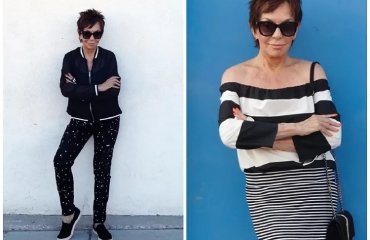 What outfits to avoid after 60? 5 fashion mistakes to correct urgently to look neither too young nor too old 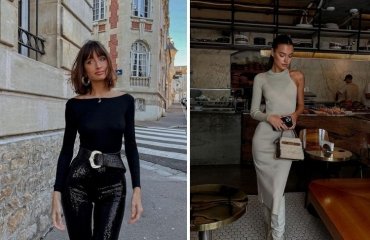 Fashion tips for short girls: How is it possible to look taller? 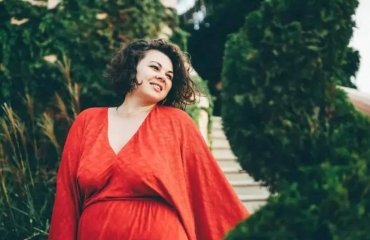 Dresses for chubby women that make you slim: These cuts, details and patterns flatter your curves! 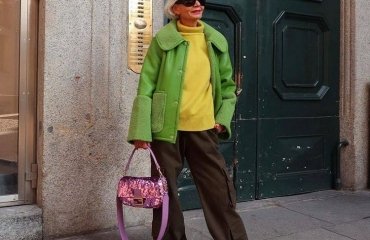 What trousers to wear at 60 and over for a young and stylish look? Top 5 must-have models 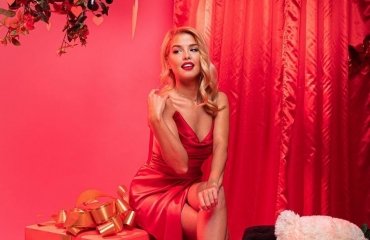 Valentine’s Day outfits: The ideas that you are going to fell IN LOVE with!