The Lunar New Year, also known as Chinese New Year, is a celebration of the beginning of the new year and the arrival of spring, which is completely in line with the lunar calendar! It is undoubtedly the most important holiday for China, but it is also celebrated in other countries such as Vietnam, Malaysia, South Korea, and others with significant Chinese populations. In today’s article, you’ll find out exactly when Lunar New Year 2023 will be, what the customs are, how people celebrate it, and what to expect during the Year of the Rabbit! The lunar calendar is based on the cycles of the moon. It is much older than the Western Gregorian calendar, in which the New Year is celebrated on 1 January. Each year, Lunar New Year’s Eve falls on the second new moon after the winter solstice, and celebrations can continue for another 15 days until the full moon. In 2023, that’s from January 22 to February 5 (the Lantern Festival). On these dates in China, there may be heavy traffic jams on the roads, and many stores and banks will not work. This should be taken into account if you plan to visit the country during the holidays. Each year in China is represented by a symbolic combination of one of the 12 zodiac animals with a particular color corresponding to one of the five elements (water, earth, metal, fire and wood). This combination is repeated only once every 60 years. The Chinese New Year 2023 will symbolize the animal Rabbit and the element Water. The main colors of the year will be black and blue. By the way, each 60-year cycle begins with the Wood Rat and ends with the Water Pig. The cycle we are currently in began on February 2, 1984, and will end on January 29, 2044. The Chinese have a long-standing legend associated with the New Year. The legend says that at the bottom of the sea lived a terrible, fierce beast called Nian. It appeared twice a year in China. It robbed houses, killed livestock and people. One day, when Nian entered a village and saw children with red clothes, he was frightened and rushed away. This legend is also the basis of most of the customs and traditions the Chinese use to scare away evil spirits on New Year’s Day – with red items, lanterns and fireworks. The Chinese believe that their New Year is the beginning of spring. According to them, on this date, nature wakes up and life blossoms. New Year’s Eve in China is a very lavish and colorful event with lanterns, fireworks, dancing and masquerades. Red is considered the color of good luck, so people usually wear red clothes and decorate the house, covering the outside with beautiful red paper decorations, combined with sings and pictures wishing happiness, health and longevity. A few days before New Year, each family cleans their home thoroughly. Believing that by doing so, they are clearing their lives of bad luck and making room for happiness. On the eve of the holiday, all relatives gather for a festive dinner, and it is customary to stay up late and set off fireworks. After the feast, the Chinese go visiting their neighbors and friends, and eat special rice dishes.

How is the holiday celebrated around the world? Around the world, more than 1.5 billion people celebrate the Lunar New Year. Everywhere, this is the time when friends and family gather and celebrate the start of the new year – this often includes parties, street festivities and exchanging good luck gifts.

South Korea
Lunar New Year is one of the most important traditional Korean holidays. The celebration usually lasts for three days. The eve of the Lunar New Year, the New Year itself, and the day after. During the holiday, many Koreans visit their families and friends, wear hanbok, eat traditional foods and play folk games.

Vietnam
New Year celebrations in Vietnam can last from three to seven days and include family visits and numerous feasts. Celebrations are often associated with the hope of good fortune and the expectation of new beginnings. They are symbolized by the plants, flowers and peach trees found in markets and homes.

Malaysia
In Malaysia, the Lunar New Year is considered one of the biggest holidays. Although the date changes every year, the way it is celebrated remains unchanged – unmarried relatives receive hongbao (money in red packets). Families organize dinners, and some people throw big parties with dancing lions or dragons.

Lunar New Year is also celebrated in many other countries where it is not a national holiday. For example, many cities around the world (Paris, New York, London, San Francisco) organize spectacular celebrations for the Lunar New Year!

Chinese New Year 2023: When is it and how to celebrate the Year of the Rabbit?

Chinese New Year 2023: When is it and how to celebrate the Year of the Rabbit?
Recommended articles 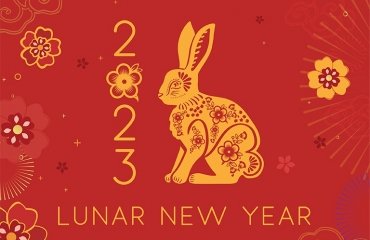 Lunar New Year 2023: When is it and how is it celebrated around the world? 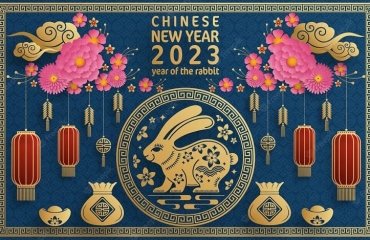 Chinese New Year 2023: When is it and how to celebrate the Year of the Rabbit? 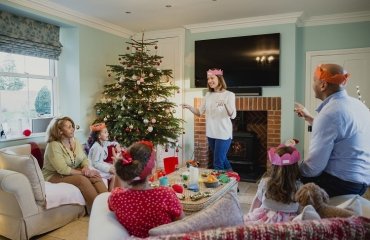 New Years party games for family and adults: Let’s have fun on the last day of 2022! 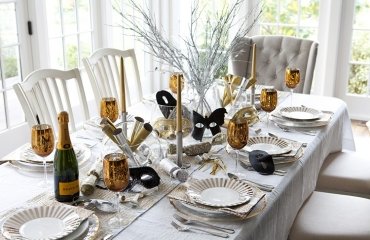 What are the trendiest New Year’s Eve table decorations? Inspire yourself with 15+ ideas! 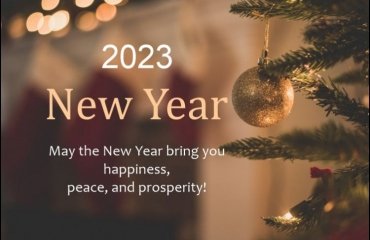 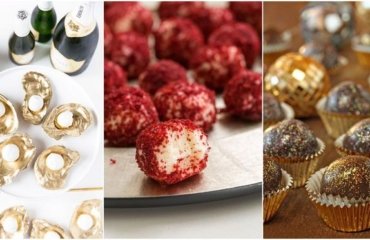