Pony walls, also known as a “half wall” or a “knee wall” are having a return in interior design, although they are not a novice. These short walls appeared in horse stables as they make it easier to see into the stalls. 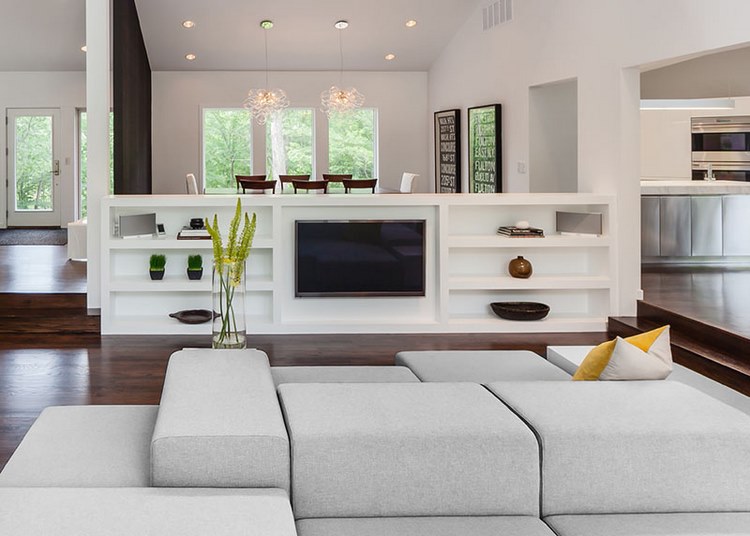 What is a pony wall? By definition, a pony wall is a short, freestanding wall, usually about 3 feet tall. The term is used for all types of half walls in both residential and commercial buildings. Of course, in modern interior design, a half wall may have different dimensions – height and width, but the common is that it does not reach the ceiling. 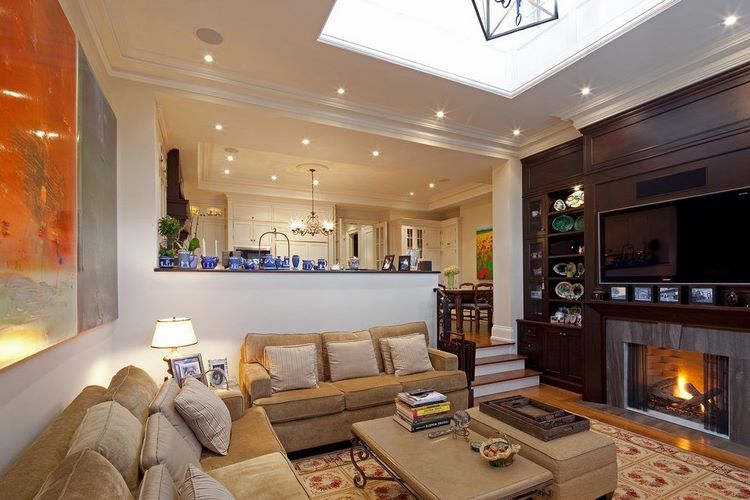 As far as functionality is concerned, pony walls are intended to create a visual and functional barrier between two areas in a very large room. Nowadays, open floor plan is almost a must, and half walls are the way to define the individual spaces without closing them off from one another and at the same time retain the open look and feel. 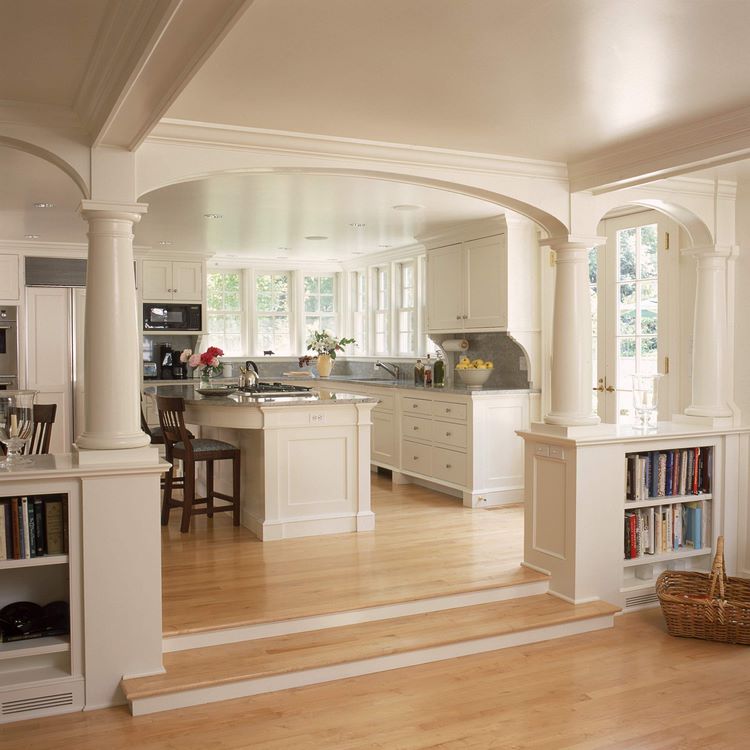 Pony walls are typical for Traditional and Craftsman style homes and usually define the entryway. In modern interior design they have the same function and are used as room dividers. The advantage of half walls compared to other type of partitions is that they can combine additional features and most often are used as storage space in living rooms, for example or as a privacy wall in bathrooms. Depending on the design, the space above the half wall can be used for shelving where you can display your family photos, collections, etc.

One of the main reasons for the growing popularity of pony walls in modern home designs is that in addition to defining and zoning the functional areas without blocking the views and the light, they create visual lines. This quality is very useful when it comes to privacy, for example, in bathrooms, in small homes or studio apartments. 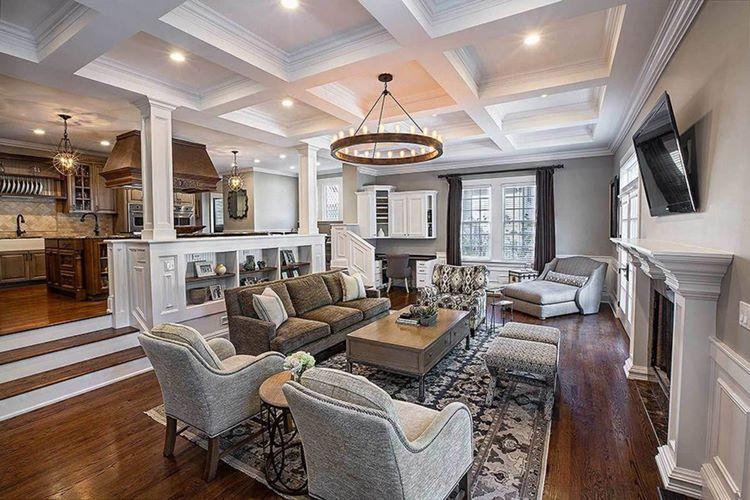 Half walls with columns, pony walls with built-in cabinets or bookshelves half wall room dividers – the diversity in design provides many opportunities to use the available space creatively. For example half walls with columns offer a great visual appeal and transfer you back to old times while cubbies, shelves and drawers make the wall much more functional which is typical for modern lifestyle.

One thing should be well noted – pony walls are not a universal solution for every space. One has to consider whether they will blend with the architectural and interior style of the home, the finishing materials and the overall concept of the living space. It is best to consult an architect or an experienced designer who will be able to give you a competent opinion. 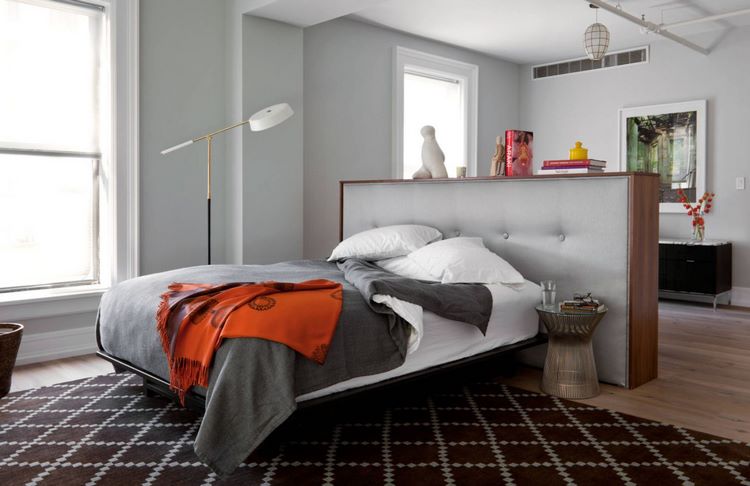 Due to the fact that pony walls are not load bearing, you have a certain freedom in terms of strength. This does not meant that half walls should not be strong. After all, they should be able to bear the columns (if any), and they should be stoutly anchored so that they do not lean (or move) if someone leans on them. Interior half walls can be finished as any other wall. You can paint them, paste wallpaper, wainscoting or other paneling, even tile them, if used in a bathroom to provide privacy at the toilet or shower or if used as a partition wall. When painted in a contrasting or complementary color, a pony wall is an immediate focal point as it draws the eye. This is an easy way to create an accent wall in a room. Most often the top caps are made of stained hardwood, slate, marble or other natural stone, depending on the overall design concept of the room.

Half walls in modern home interiors 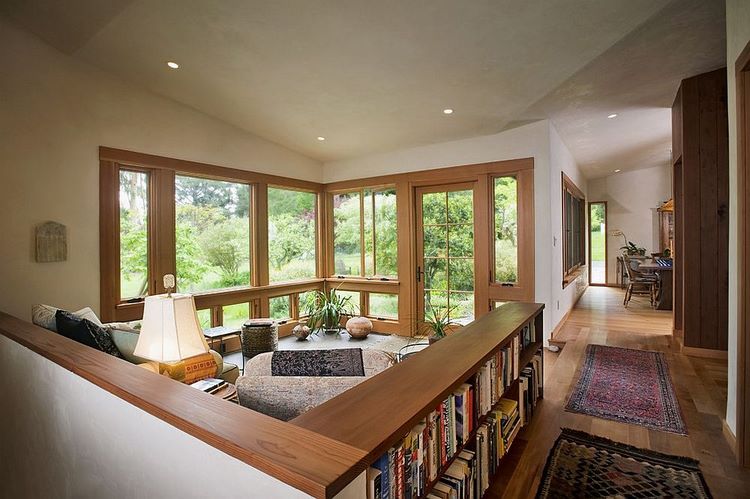 Being a functional element in home interior design which allows you to divide the space without losing the open plan idea, pony walls can be used almost anywhere in a home – entryway, living room, bedroom, bathroom and are also used at the tops of staircases acting as safety rails. 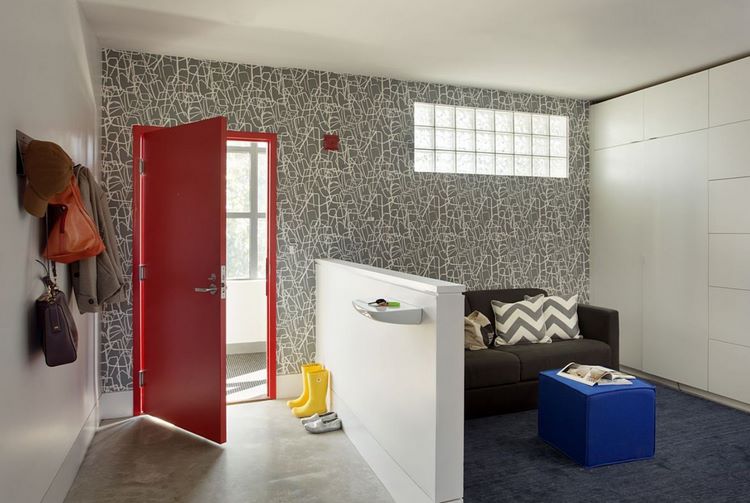 A pony wall in the entryway directs foot traffic towards any home are. Usually, it separates the entryway and living room or dining area in open plan spaces. We mentioned that a half wall can be positioned alongside or at the top of an interior staircase and will serve as a protection against tumbling. 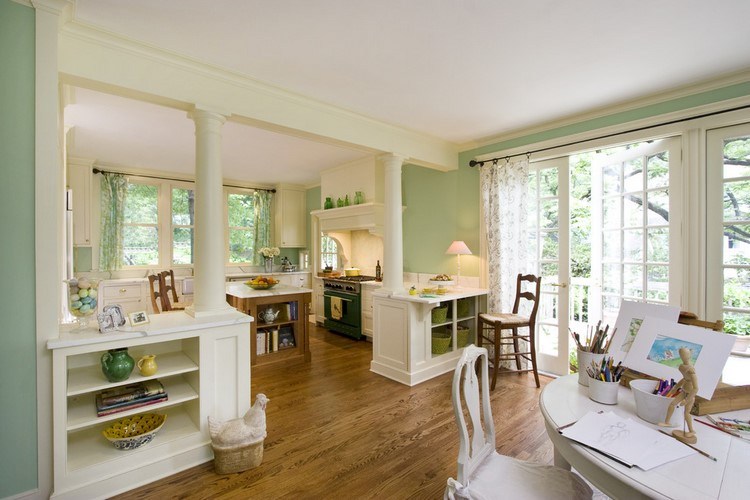 Half walls are excellent room dividers between kitchen and dining area. They successfully create a visual division without blocking light. Depending on the design and height, it can be used as a bar counter, a buffet table or additional storage space. 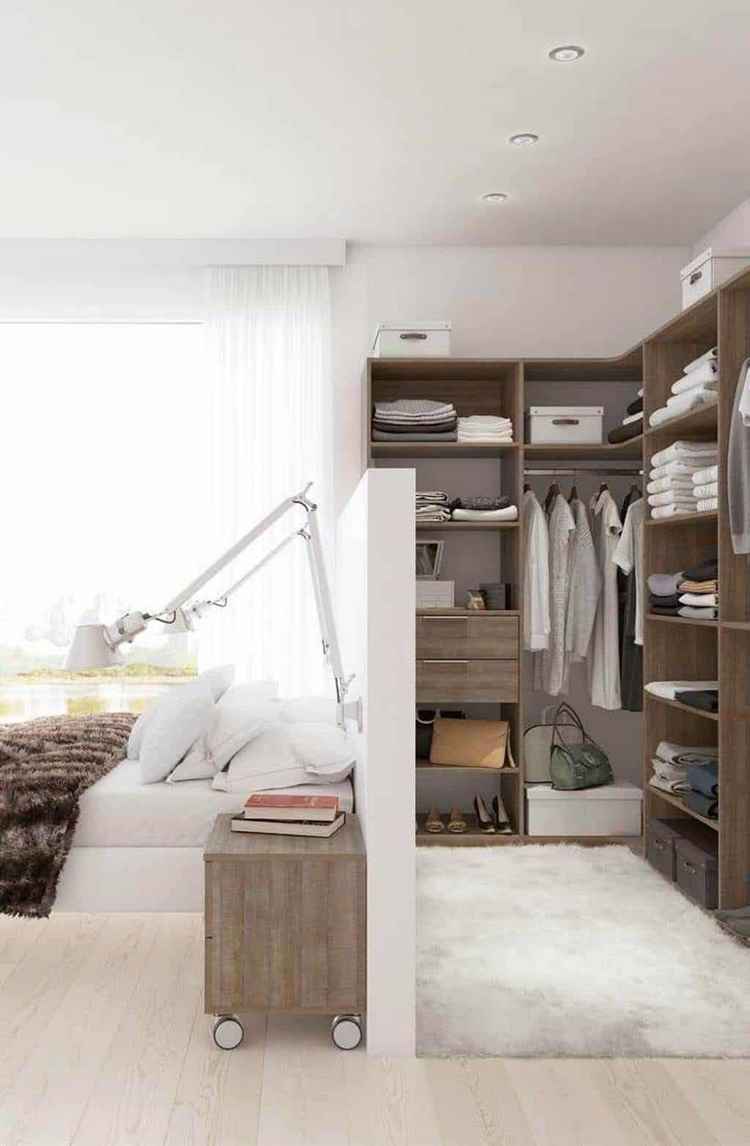 In bedrooms pony walls can separate the sleeping area and closet or home office as well as bathroom. If used as a headboard, you can attach sconces, add small shelves, etc. 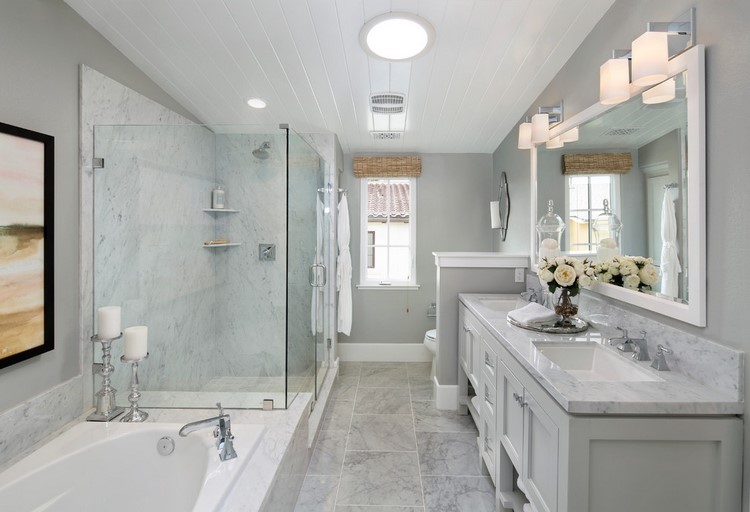 Most often pony walls are used in bathrooms as a privacy separation. Usually it is positioned between the bathtub and shower area or the commode and other bathroom fixtures. The advantage is that a half wall provides a higher level of privacy compared to glass, for example, retaining the open feel in the bathroom. 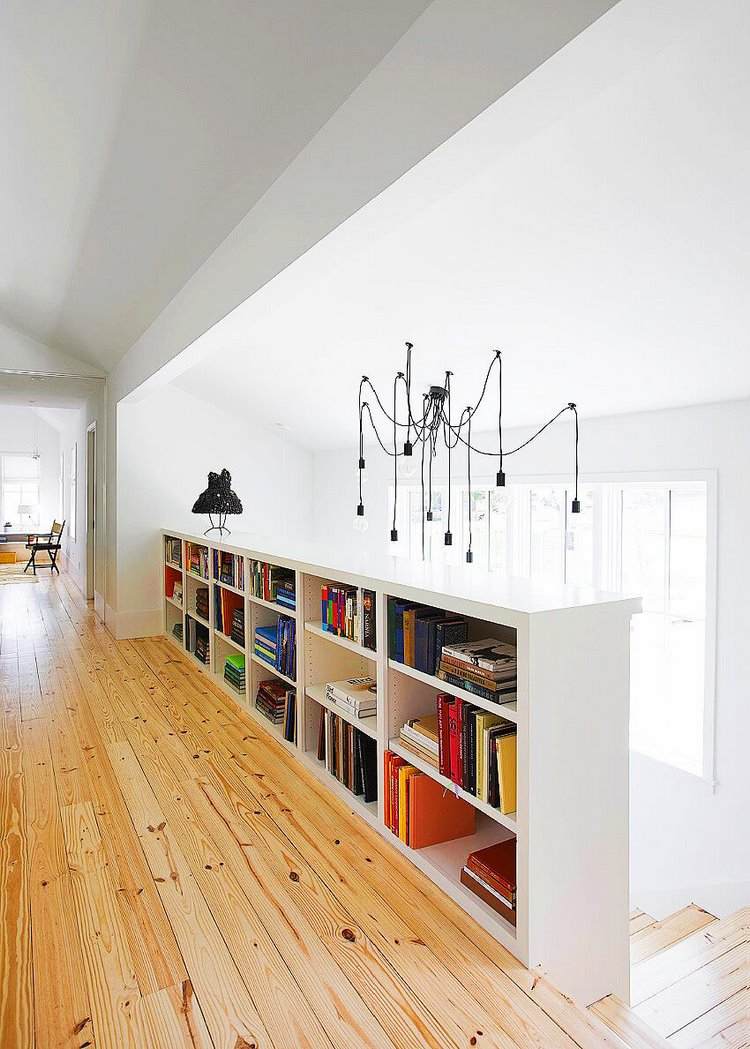 In conclusion, we have to say, that when planned and used properly, pony walls can be a truly stylish architectural feature in the interior design of your home and help you define the functional areas without losing the flow of open concept living space. 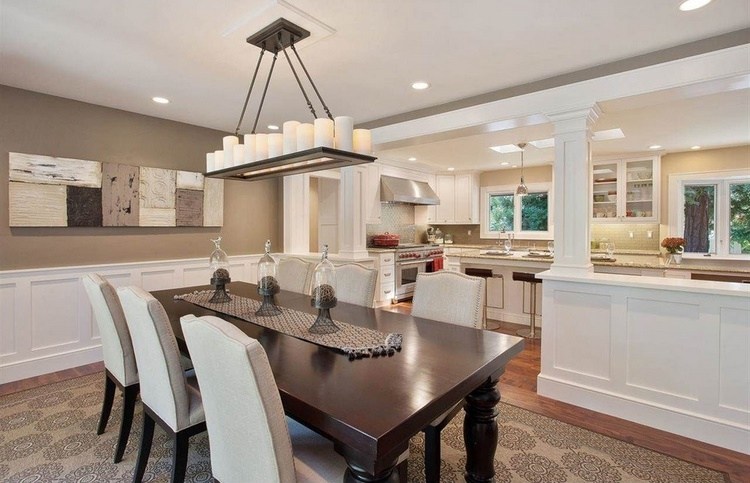 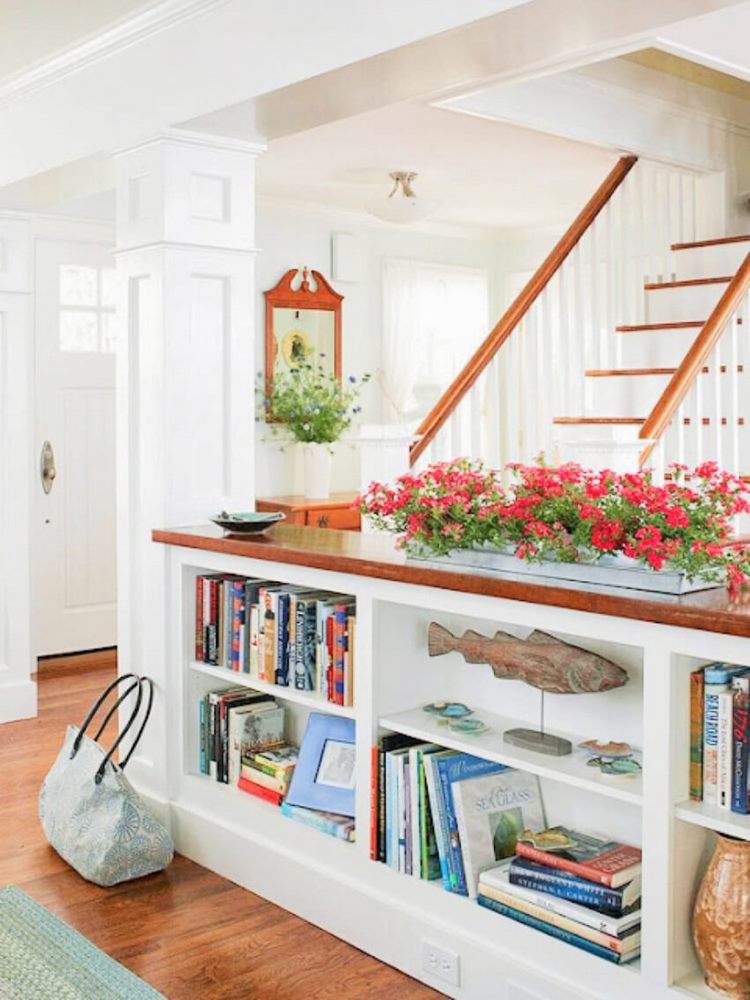 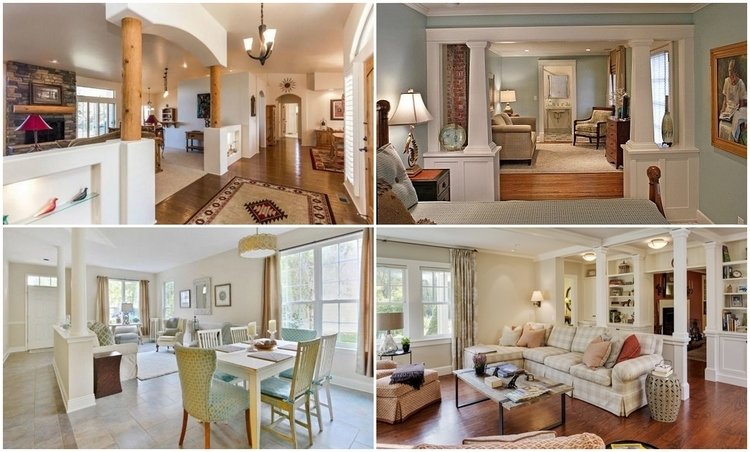 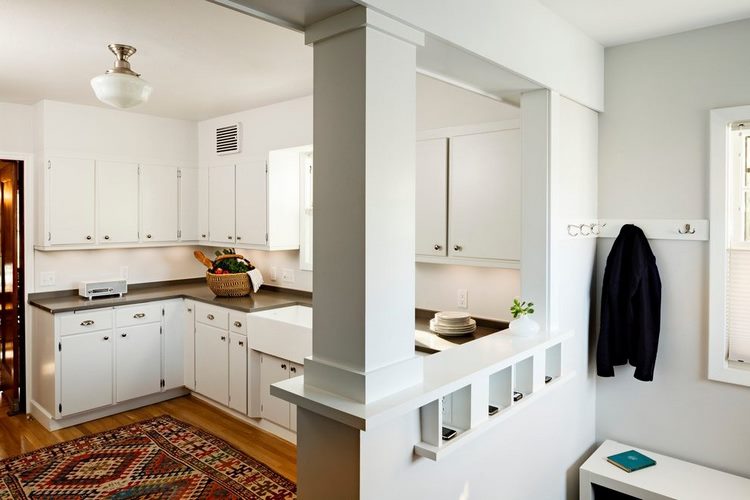 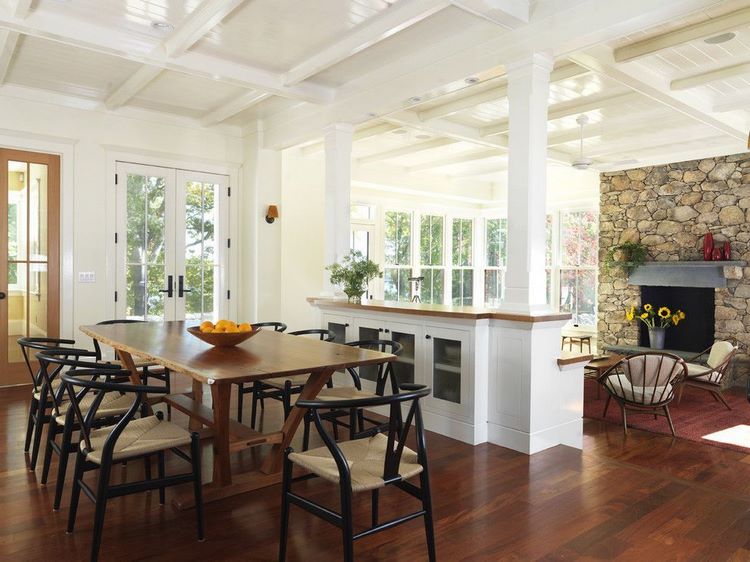 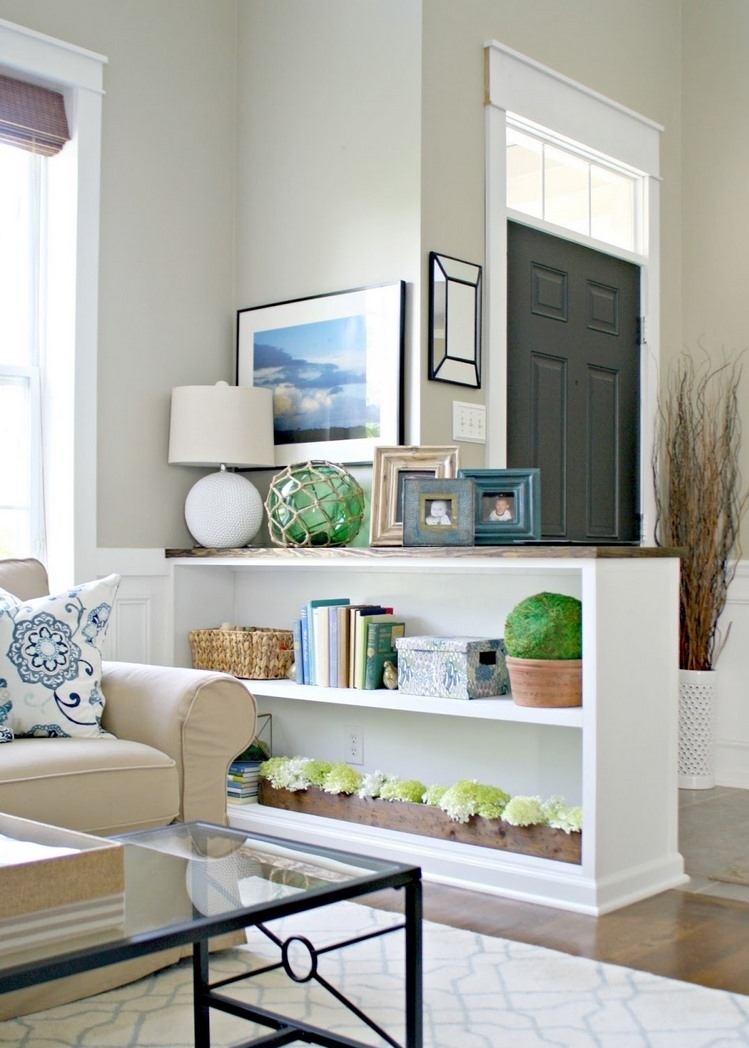 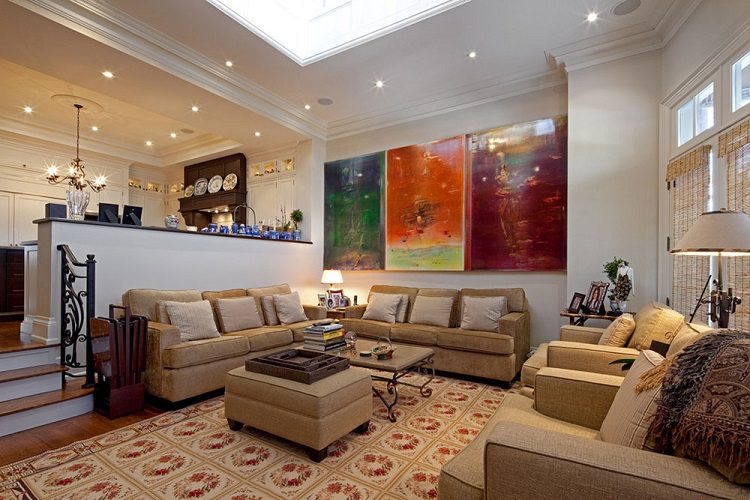 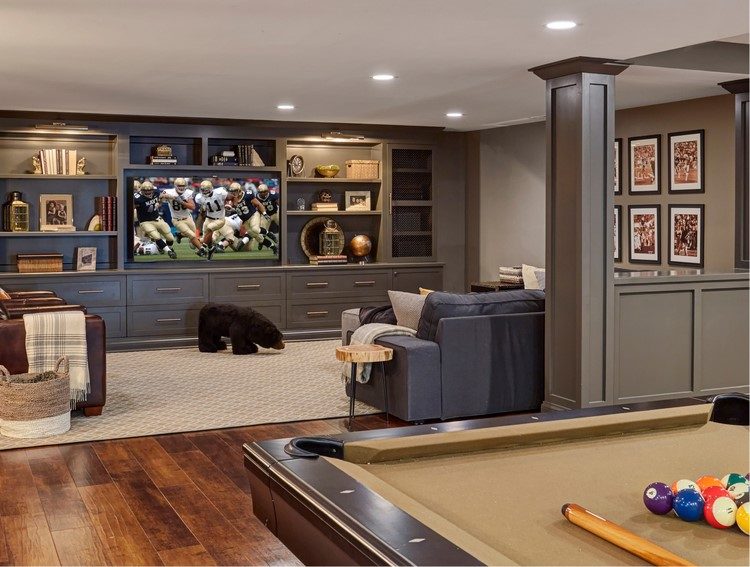 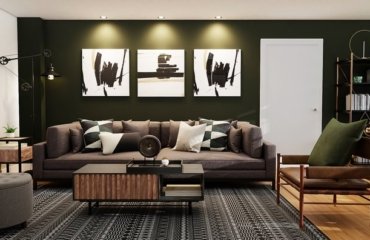 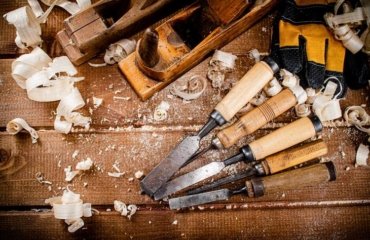 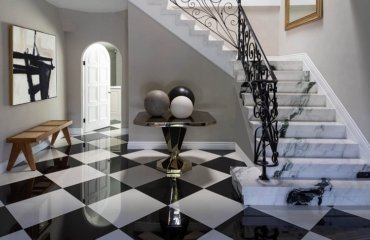 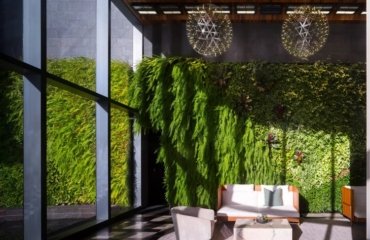 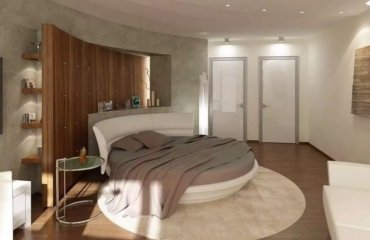 Curved Walls in Interior Design – How to Use Them Creatively?