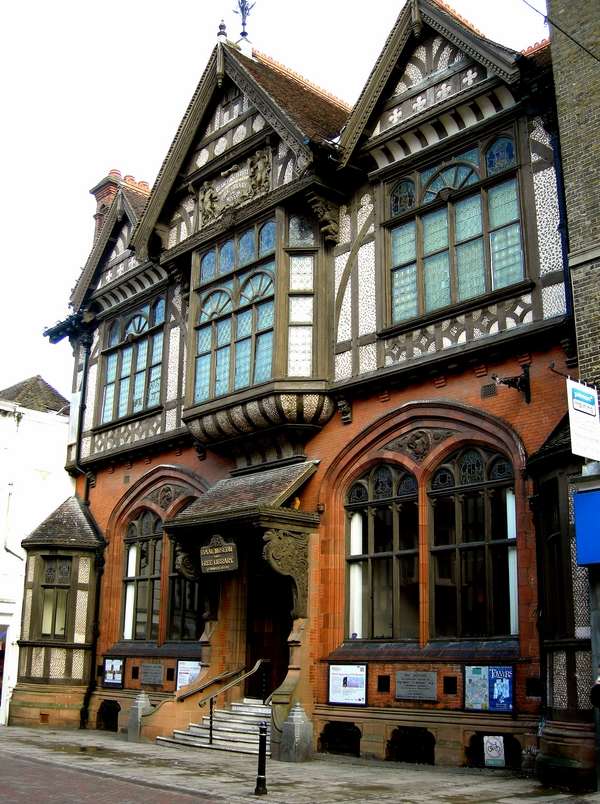 Tudor style homes revive the architecture of the Medieval houses in England. The style is instantly recognizable by the steeply pitched roof lines and decorative (or false) half-timbering. A Tudor style house shows structure of wood on the inside with wood visible in most areas. If you are a fan of romantic architecture the Tudor-style house would be your dream home. 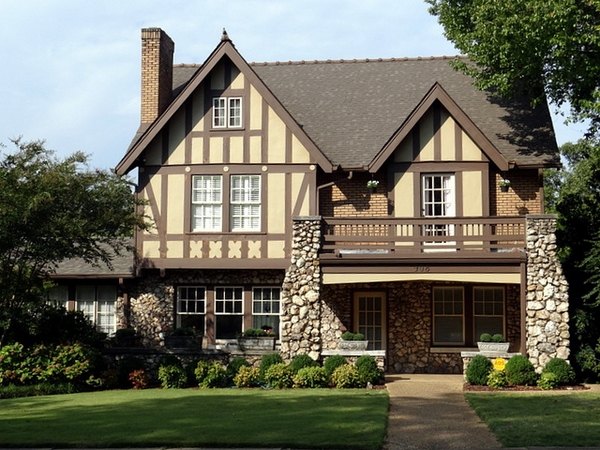 Tudor style homes feature several typical elements and homeowners who prefer that style should know that one of the most prominent feature is the symbolic half wooden structure which is added to the exterior of the home, either as a decoration or as an architectural element. The wood can be combined with stone or plaster. The pitched roof is another of the most typical features of the Tudor homes and they define the silhouette of the house that many people connect with fairy tales. As an addition to the angled roof, Tudor style roofs have cross gable roof lines which add height to both exterior and interior. The facade can be brick which is the most traditional exterior surface, stone or stucco. 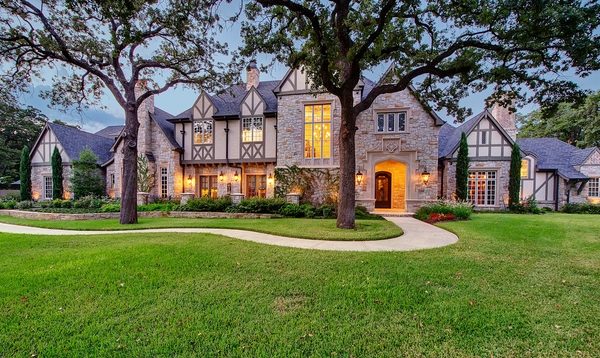 Among the typical elements of the Tudor style homes are the windows which are usually located on or below the main gable. The windows are in a group of three or more and are tall and narrow with leaded glass in geometric patterns such as diamond pattern. Arched doorways are also typical. The exterior colors of the Tudor homes feature either the natural brick color, brown, cream or white tones which are the colors of the building materials – stone, concrete, or slate. 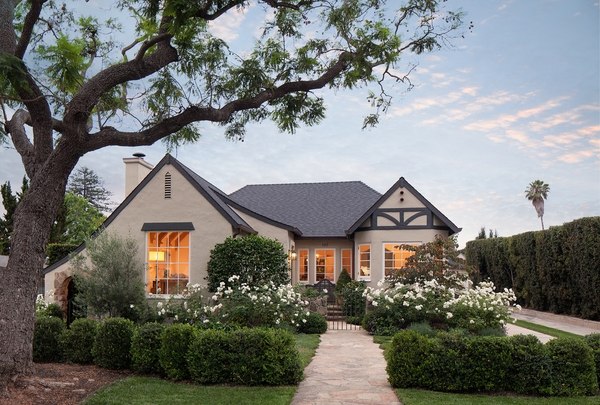 Tudor houses are built either as a regular rectangle or with a free composition, most often it is asymmetric. A typical element of the main facade is the bay, often in the form of a high square or round tower. The main entrance to the house often has the shape of an arch, lined with large stone. Above the door the family coat of arms is placed. This tradition continues to this day in many homes built in the Tudor style. 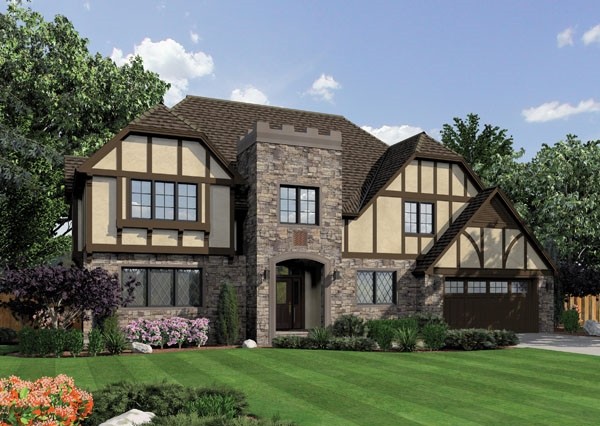 The windows are long and narrow grouped under the roof 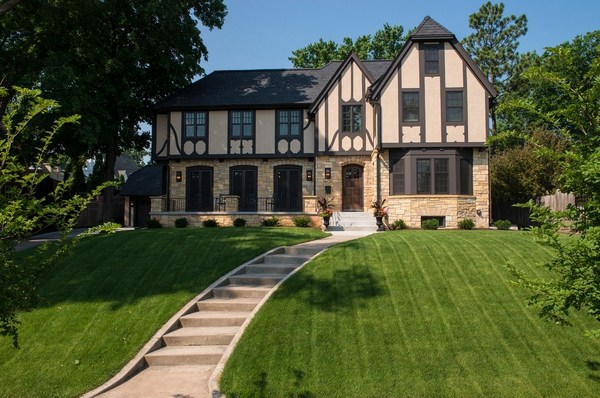 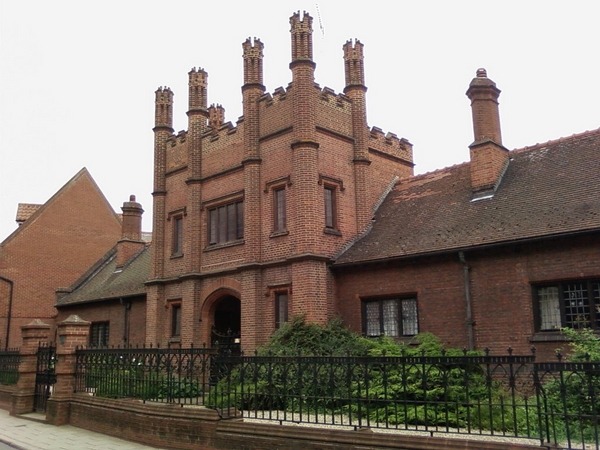 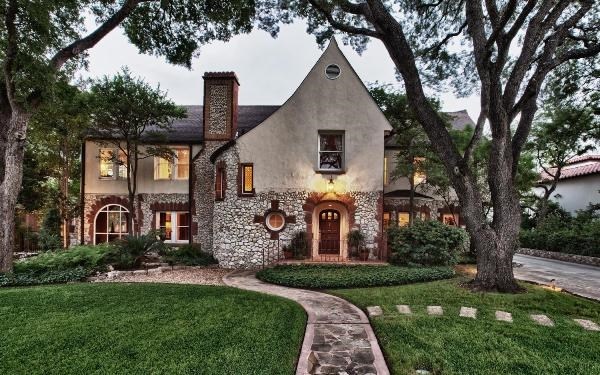 A curved path leads to the arched doorway 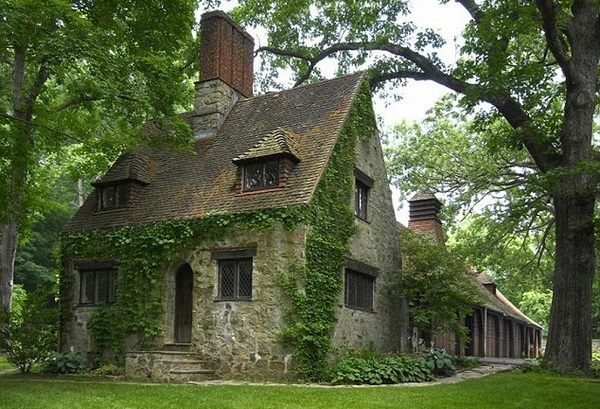 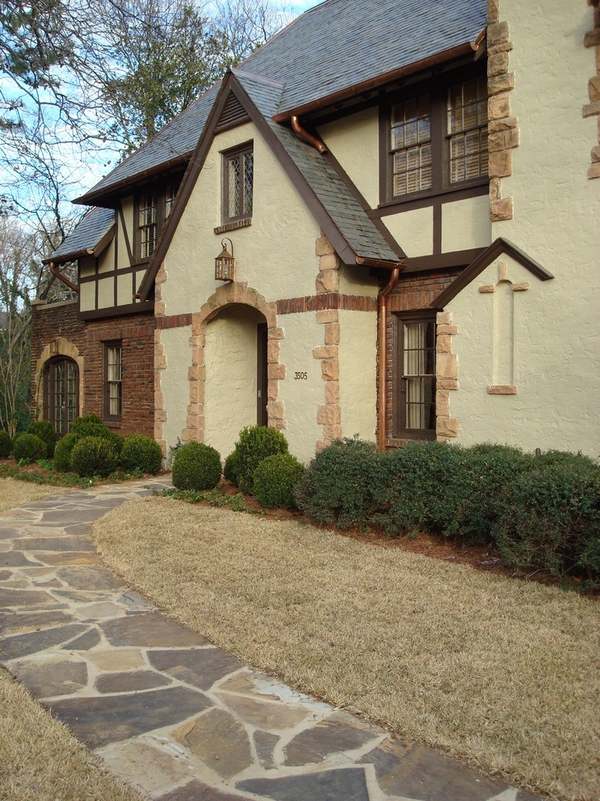 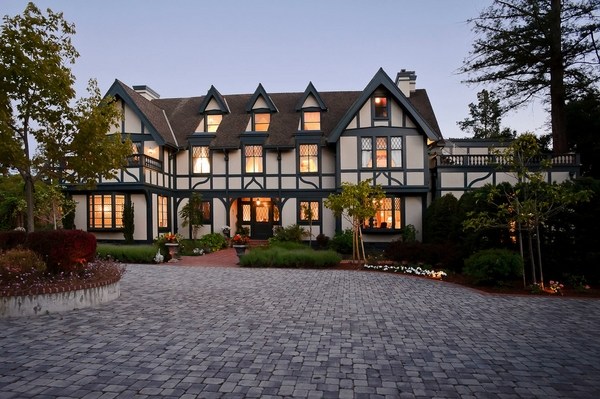 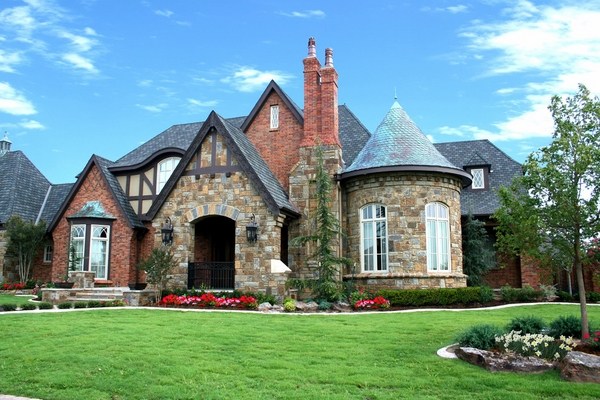 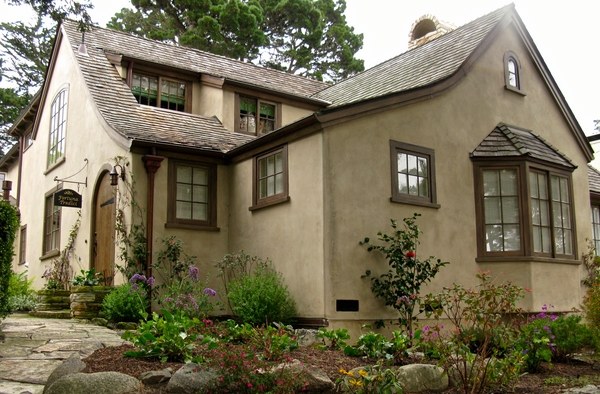 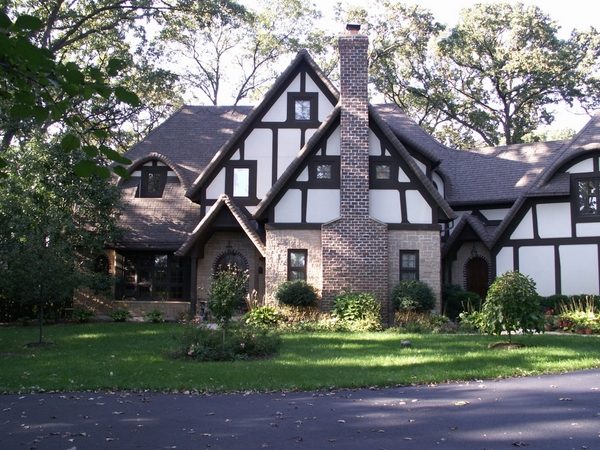 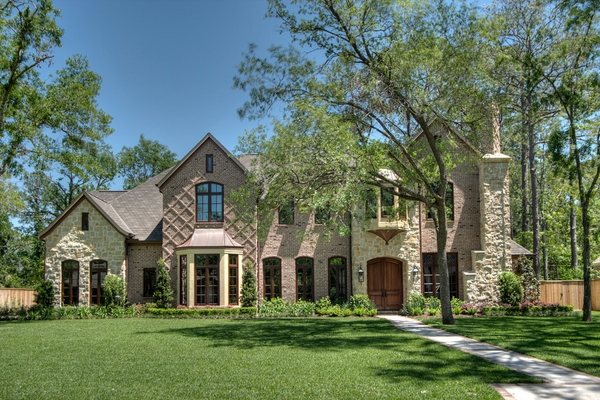 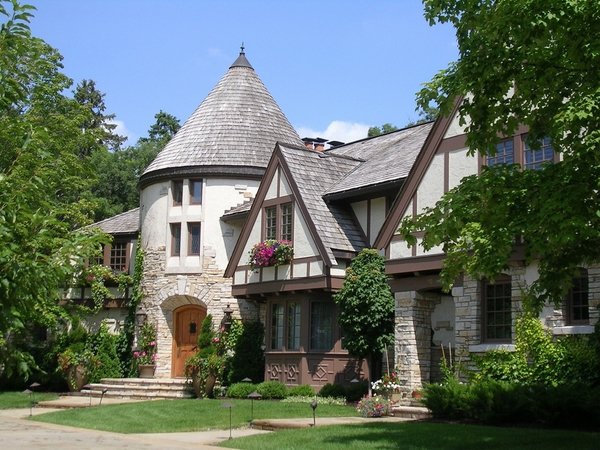 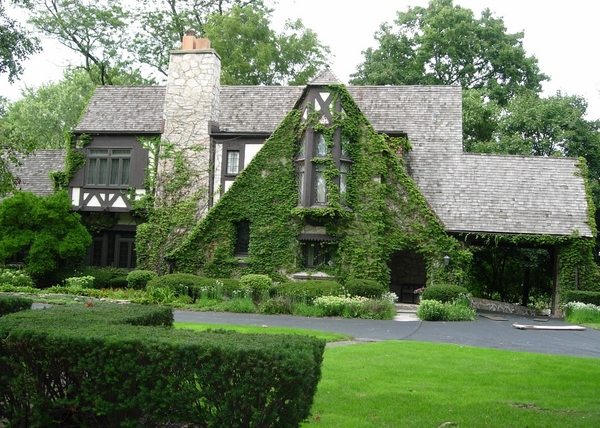 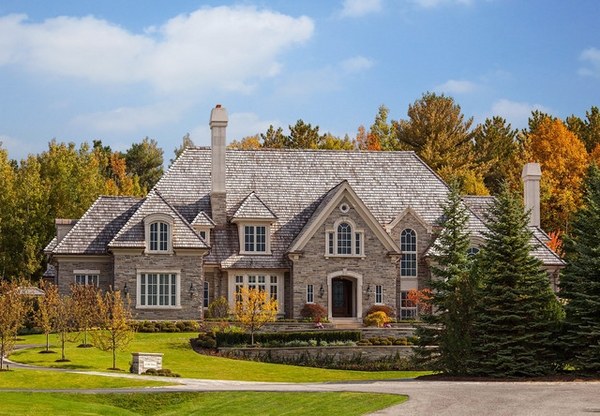 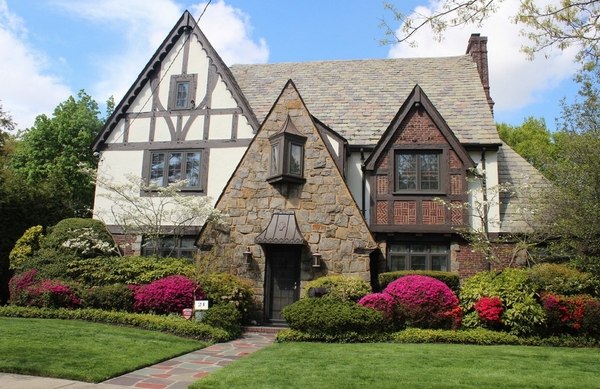 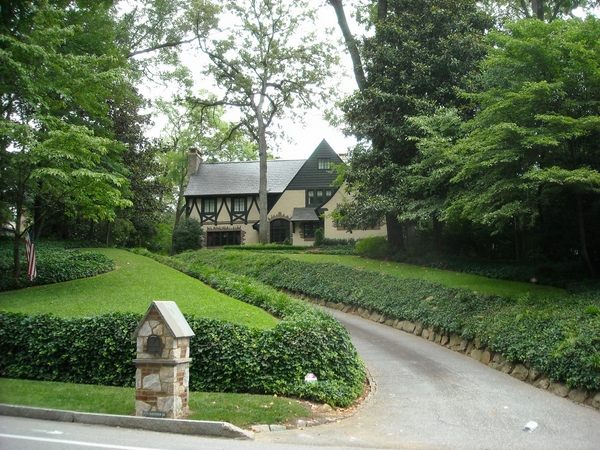 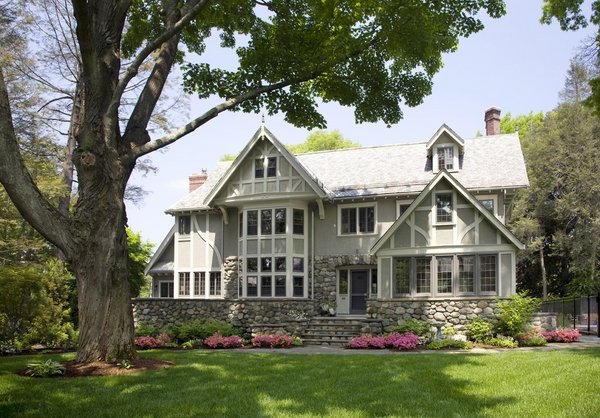 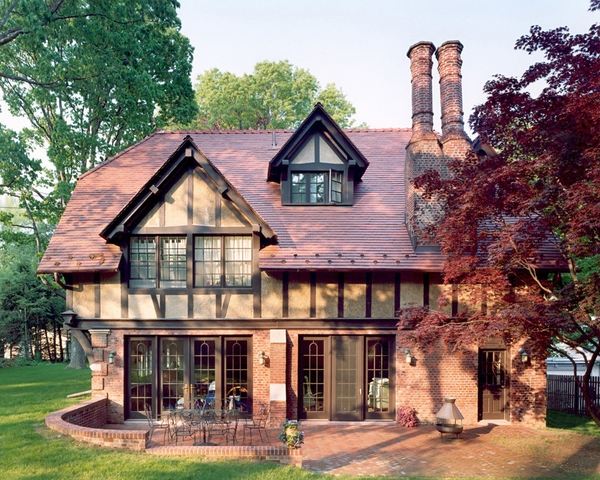 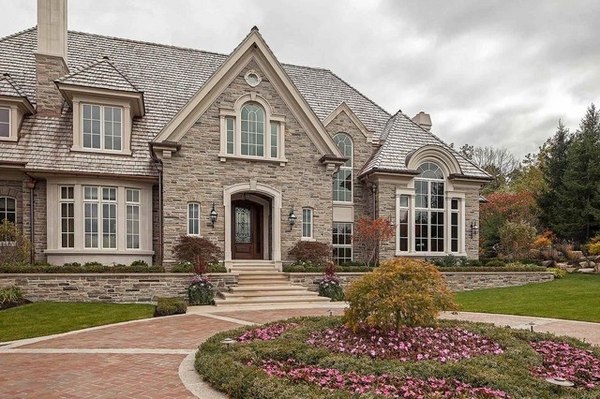 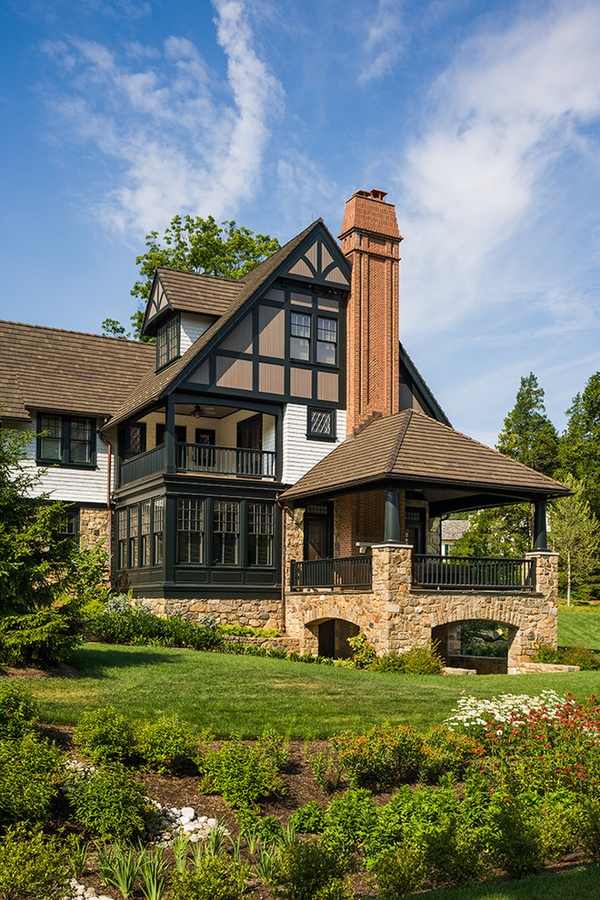 Board and batten siding for a unique exterior of the house 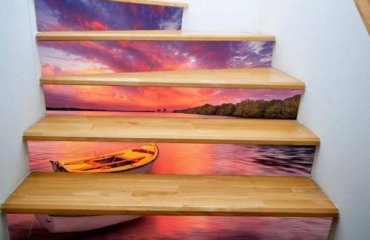 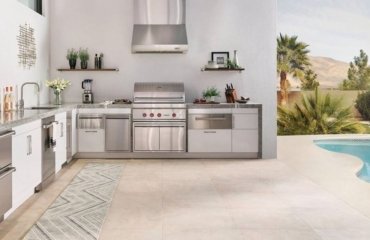 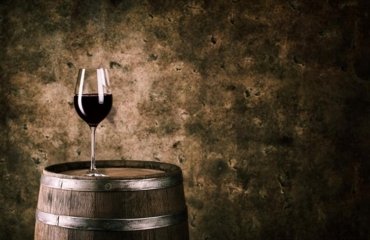 Wine cellar design and ideas for proper storage of bottles 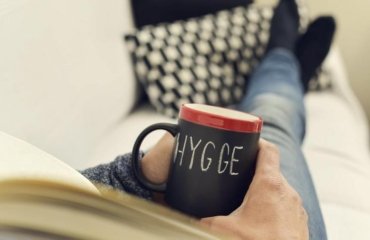 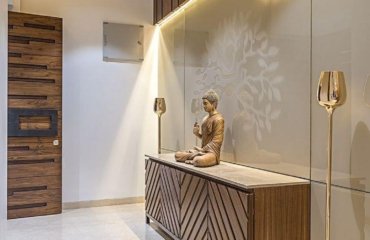 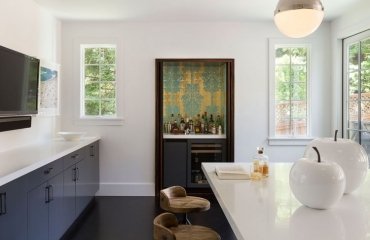