The historic centers of cities large and small, with their churches, museums, and monuments are the most popular places to admire outstanding Italian art. When one thinks of Italian art, it is difficult to go beyond the great masters of past eras who, like Michelangelo, Bernini and Caravaggio, worked at the courts of powerful popes and lords.

To take a trip in search of lesser-known Italian art, however, you’ll have to leave the famous cities and walk along less crowded paths.

Since the Roman age, Italian art has expressed itself in the garden, a complementary element of sumptuous residences. During the Renaissance (15th century) the model of the “Italian garden” flourished in Florence and spread throughout the peninsula. The Italian garden is a work of art in itself, with hedges and flower bushes forming complex geometric shapes and represents a milestone in the history of garden architecture.

But there are also many gardens in Italy that are authentic open-air art galleries. Many of these art parks are perfect places to admire contemporary art in all its facets. 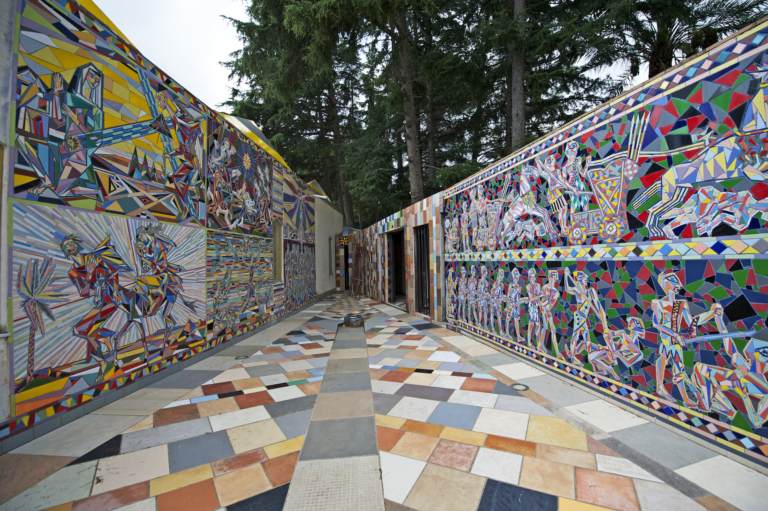 In the deep south of Italy, inside the Aspromonte National Park in Calabria and at the same time at the center of the Mediterranean, the Musaba, or “Santa Barbara Museum” covers seven hectares of land. The territory includes part of the Valley of the Torbido River and is located about 2 km from the village of Mammola, 10 km from the coast of the Ionian Sea.

Artists Nik Spatari and Hiske Maas founded the museum in 1969. They met in Paris and decided to move to Calabria, Nik’s native land, for an alternative and radical life project that would have bound them to the area for decades to come. What lies ahead of them is a life of work and intervention in the area, which they must finance almost entirely on their own. Musaba’s initiative is inspired by a sense of rebellion against an environment dominated by inculture and backwardness, hostile to innovation.

The artists reclaim and renovate the former Santa Barbara train station and transform it into their home.

The artistic interventions extend to the ancient Carthusian monastery, to the protohistoric archaeological site, to the Mediterranean gardens, in a project of integration between past and present. A guesthouse/hotel was founded to host visitors and students, as the Musaba promotes creative workshops.

Nik’s artistic production is luxuriant and spreads over the whole territory of the park museum. His most famous work is the “Jacob’s Dream”, a biblical character in which Nik sees himself reflected, which covers the vault of a 12th-century church.

To visit Musaba you have to pay a contribution of €10.

Arte Sella is also known as “the Contemporary Mountain.” In the heart of the Sella Valley, southern Trentino, surrounded by alpine peaks that exceed 2000 meters, in 1986 a group of friends gathered at Villa Strobele and decided to give life to a revolutionary project that combines contemporary arts and nature.

Arte Sella immediately establishes the main principles to which artists must adhere in order to participate in the project:

Since 1989, the members of the Arte Sella Association have worked tirelessly to host the works of many artists, especially international ones, and over time they have deepened their ties with cultural institutions and the population. In 2020, thirty years after its opening, it will receive more than €200,000 in funding from the local government to finance artistic activities.

In this art park, there are two main exhibition areas: the Garden of Villa Strobele and the Malga Costa area; both have a parking lot that can be reached by a few minutes walk and can be visited with strollers, wheelchairs, or dogs.

The Villa Strobele Garden exhibits 15 works and can be toured in about 20 minutes. To visit the area of Malga Costa, you have to walk along a path of about 1 km with 30 installations.

Those who love walking in the mountains can also take a round-trip hike of about 11 km through the Montura Trail, which connects the Villa Strobele Garden with the Malga Costa exhibition area.

Some works are exhibited along the path, others hidden in the woods. The core of the exhibition is represented by the monumental work ” Vegetal Cathedral” by the Italian artist Giuliano Mauri. 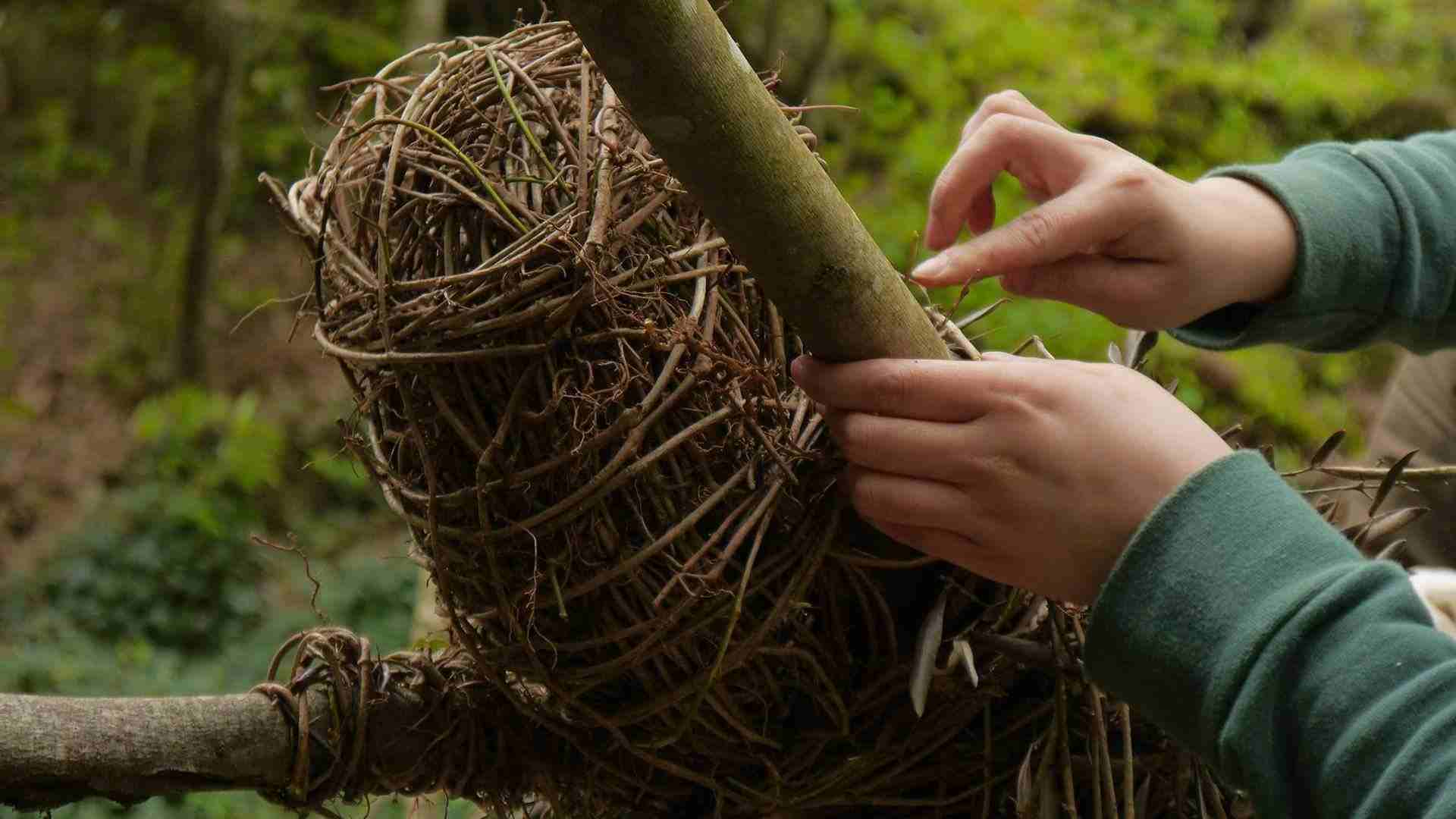 If the artists of Arte Sella create works in nature “privileging” natural materials, those who exhibit in the museum of Art in Nature Opera Bosco in central Italy are committed to using only natural materials found on site.

Before dedicating herself completely to art in nature, Anne Demijttenaere, co-founder of the open-air museum located in Calcata, a small town near Rome, was a painter and actress. In 1996, the Belgian artist together with Costantino Morosin, an Italian artist and documentary filmmaker already established at an international level, founded the museum Opera Bosco.

Here are some points of reflection on Art in Nature:

-extends the meaning of aesthetics to the ecosystem

-affirms that art is the human product with total quality, so it cannot be art that which  pollutes the earth

-the works remain in the places of realization, can be subject to maintenance, remaking, and metamorphosis

-Art in Nature is global consciousness expressed through the action of artists, in their own places, with their own history.

“Art in Nature is an inheritance coming from the Anglo-American land-art, characterized by the interventions on isolated spaces, and from the Arte Povera born in Italy, which introduces mineral and vegetable elements in the structure of the artwork.  The materials, techniques and behaviors are completely unusual: stone, earth, water, leaves, wood not processed or treated with artificial procedures, but manipulated in a simple way by the artists, animated in a sort of ecological vocation.” (Rossana Buono, university professor of Art History).

The 3 km of paths to discover the 44 installations of the art park are articulated through a gorge full of trees in the regional park of the Valley of the Treja River. The geology and archaeology of the place make it possible to suddenly find oneself in front of boulders of tufa rock that have become works of art, prehistoric caves and those of other eras, terraces with breathtaking views.

Everything is accompanied by the sound of water, the foliage of the trees, the fauna that lives in the woods.

The museum can be visited by appointment from mid-March to mid-December. 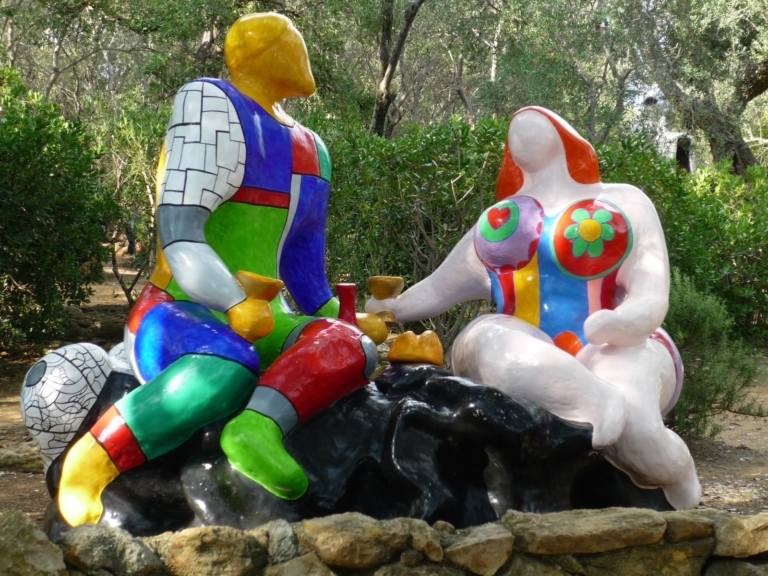 Atop a wooded hill in southern Tuscany, just a few kilometers from the Tyrrhenian Sea, lies the most complex and comprehensive work of French-American artist Nikki De Saint-Phalle, better known as the Tarot Garden. Nikki De Saint Phalle, coming from the French nobility, had rejected the culture of origin when she was still twenty years old and had started pursuing economic independence as an actress. Following severe depressive crises that had led her several times in psychiatric clinics, the legacy of a traumatic childhood, she left behind an unhappy marriage and her daughters to devote herself entirely to art, which had saved her from self-destruction.

Starting with painting, she soon developed original techniques, integrating objects and ceramic tiles into her paintings, inspired by the mosaics of the sculptures in Park Guell. It was during a visit to this art park by Antoni Gaudi that the artist conceived the desire to have her own art park. She would put it into practice many years later, in Tuscany, when she was an established artist. 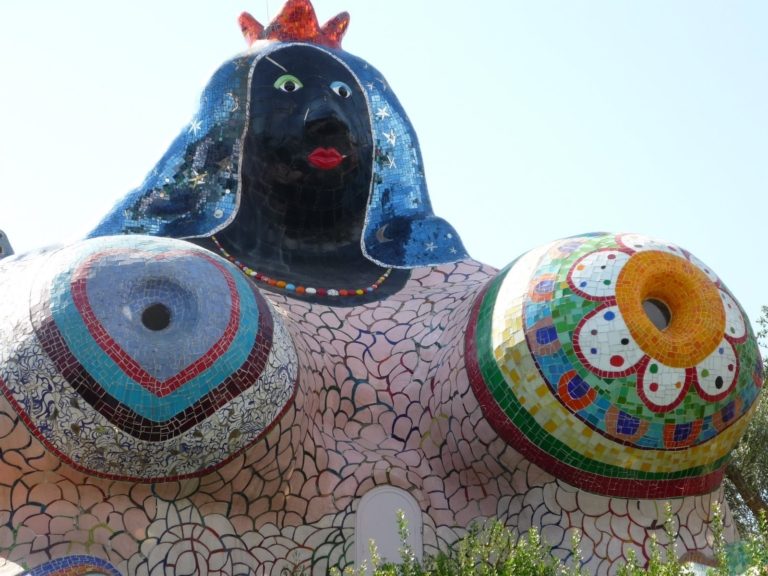 Nikki worked on the Tarot Garden from 1979 to 2002, the year in which she died, completely financing its realization. Alongside her, other renowned artists, such as her husband Jean Tinguely, took turns. The works follow one another along a path full of signs that allude to esoterism, to an initiatory path. The sculptures represent a reinterpretation of the 22 major arcana of the Tarots and reflect the genius of the artist’s more mature style: rounded forms that give a decisive and vital movement, voluptuous curves, bright colors, colored ceramics and mirrors that multiply the light. One has the idea of walking in a place out of a fairy tale.

The artist has decided to leave the interpretation of art in this garden to the users, on a path we read: “If life is a game of cards we were born without knowing the rules. We must play our hand through the years. Poets, philosophers, alchemists, artists have studied their meaning.“ 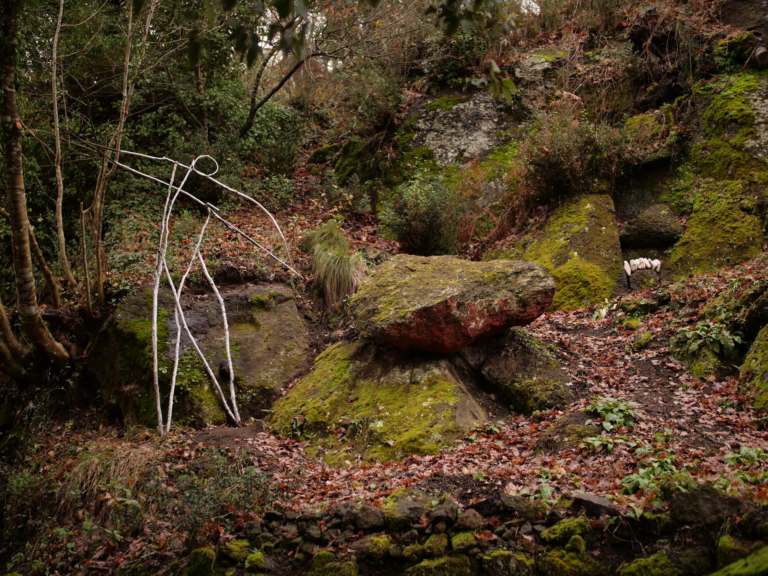 The Sacred Wood, also known as Monster Park for the presence of grotesque sculptures, is the oldest sculpture park in the modern world.

Pier Francesco Orsini, nicknamed Vicino, realized it starting from the middle of the 16 century, exploiting the volcanic rocks emerging from the ground. He had first erected the Orsini fortress in the highest part of the village.

He had the rocks sculpted on the spot, animating them and giving them shapes, sometimes threatening and sometimes persuasive, of dreamy creatures. The creation of the sculpture park took 24 years.

After the death of Vicino Orsini, the park decayed inexorably, leaving the domain to nature and only at the beginning of the 20th century was rediscovered. Many international artists passed through here to study its sculptures, even Salvador Dali admits to having taken inspiration from them for the surreal figures of his paintings.

Here, classical composure gives way to a Mannerist taste for the bizarre and, with its gigantic elements, determines a disconcerting relationship with nature.

Today we know that Vicino Orsini wanted to create a place where to represent the conception of life, philosophy, religion, and the historical moment in which he lived. Through a precise path that from the bottom rises to the top, the visitor completes a sort of purification of the soul, an initiation.

The meaning of the 38 sculptures is not of immediate interpretation and this increases the fascination that they exert on the visitor. It has been found a similarity with the themes of the sculptures present in the nearby Villa Lante in Bagnaia, built in the same period.

The entrance ticket to the Sacred wood costs €11.

5 reasons to take a Spanish course in Barcelona

5 reasons to take a Spanish course in Barcelona
Recommended articles 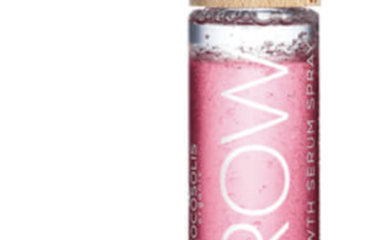 5 Art Gardens to Explore in Italy

Protected: Are your hair products really helping you? 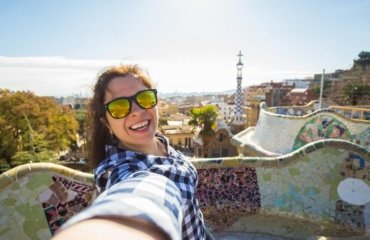 5 reasons to take a Spanish course in Barcelona 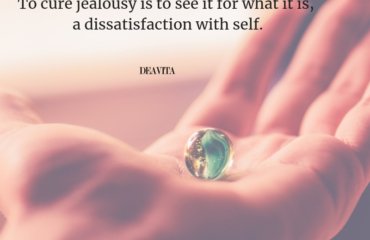 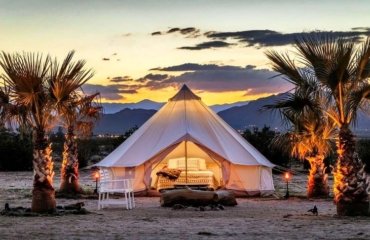