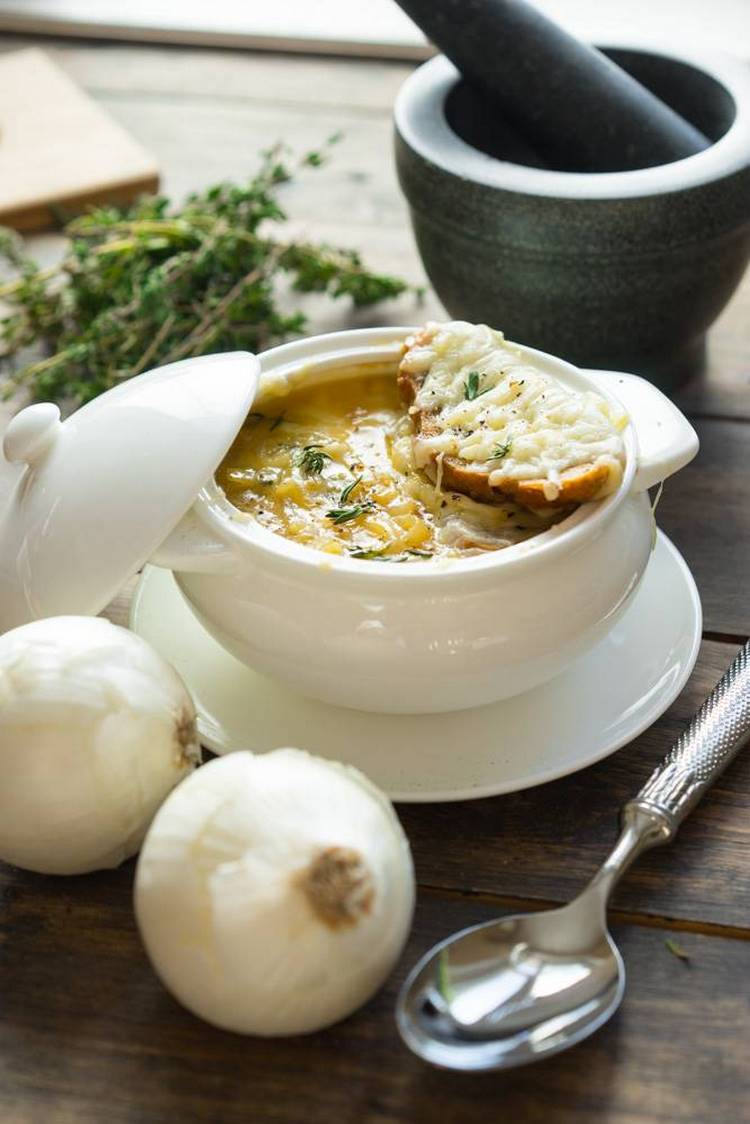 Find out the classic French onion soup recipe and the secrets for one of the most delicious comfort food dishes.

As one legend says, onion soup originated thanks to the king of France Louis XV. Finding himself hungry in the middle of the night, he prepared for himself onion soup from the ingredients he had at that time: onions, butter and champagne. According to another legend, this soup was the meal of hard workers who, for some reason, ate it at night too. Whatever the origin of the soup is, everyone who is interested in cooking sooner or later needs to learn how to cook this French classic. It sounds so simple – onion, broth and cheese, but as you know, the French create masterpieces from everything they touch. We have some techniques and recommendations that will help you make the soup so rich and full of taste that you just can’t believe that this is possible. 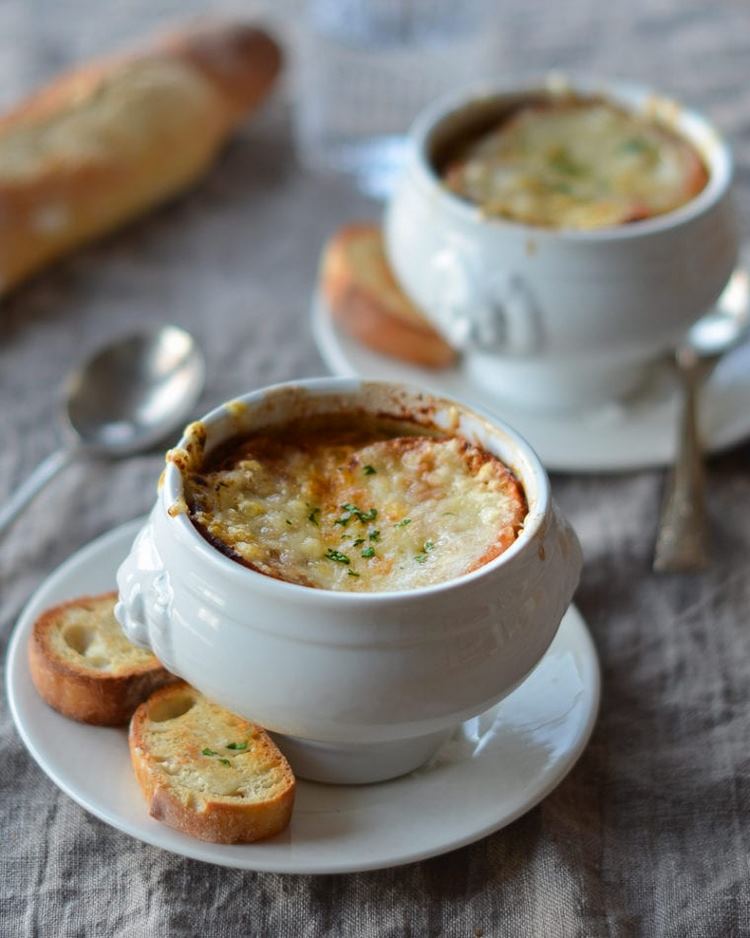 The soup is pleasantly thick, very rich, with sweet onion and thyme flavor. It is important to choose the right wine, you should not use cheap wine as it will spoil the taste. French dry wines are the best choice. It is also important to select the right type of cheese. It certainly must be hard cheese. Of course, it is better to use Swiss varieties as they will give the dish an unforgettable rich taste and aroma. 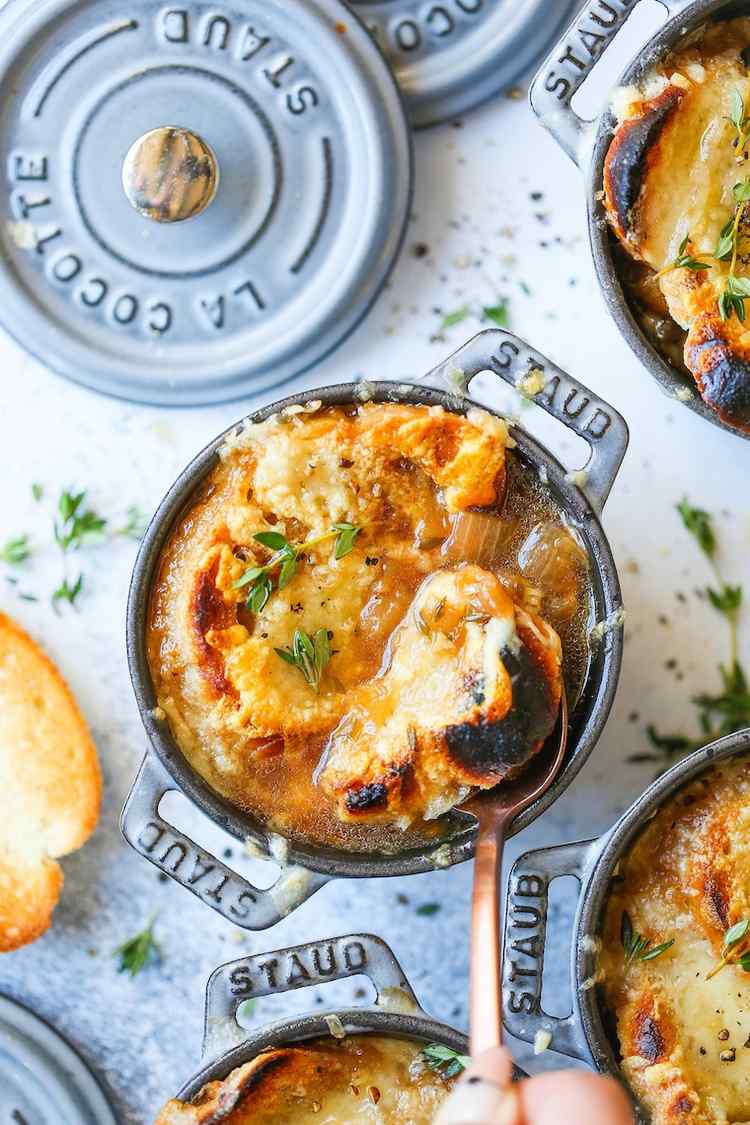 Melt butter in a large Dutch oven or soup pot over medium heat. Add onions, and cook, stirring often for about 40-50 minutes, until deep golden brown and caramelized. If the onions are browning too quickly, reduce the heat slightly or add a few tablespoons of water to deglaze the pan and continue cooking. Stir in garlic and cook until fragrant, about 1 minute.

Stir in wine, scraping any browned bits from the bottom of the stockpot.

Stir in beef stock, thyme and bay leaves. Bring to a boil, reduce the heat to a simmer, and cook covered, stirring occasionally, until slightly reduced, about 30 minutes. Remove and discard thyme sprigs and bay leaves.

Stir in white wine vinegar and season with salt and pepper to taste.

Arrange the baguette slices onto a baking sheet. Place into oven and bake until golden brown on both sides. Take out from the oven and set aside.

Divide soup into ramekins or ovenproof bowls and arrange onto a baking sheet.

Top each bowl with baguette slices to cover the surface of the soup completely.

Place into oven and broil until the cheese is melted and bubbly around edges, 3 to 5 minutes. 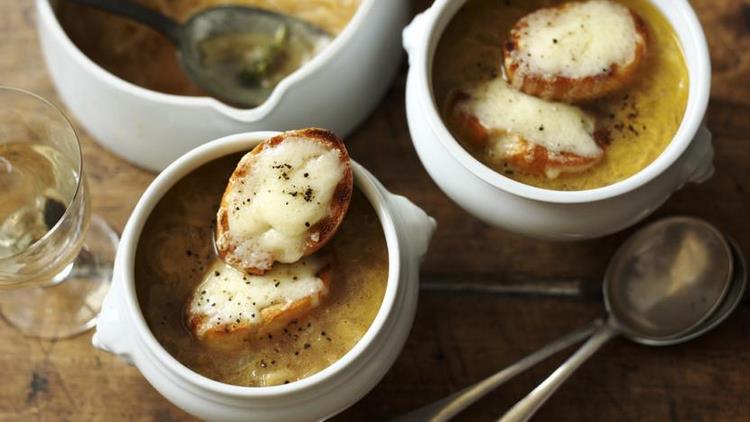 How to organize the perfect Sunday brunch – menu ideas and tips

Savory Pumpkin recipes for soup, salads, casserole and side dishes 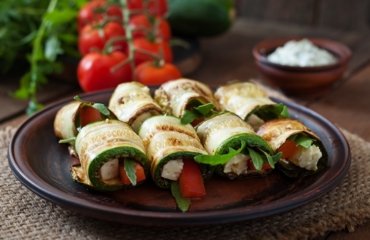 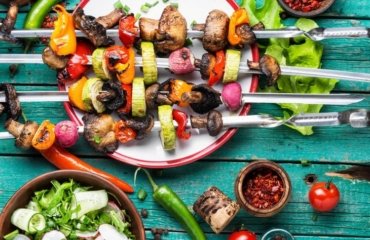 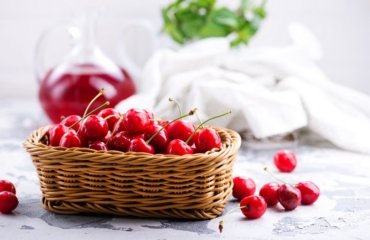 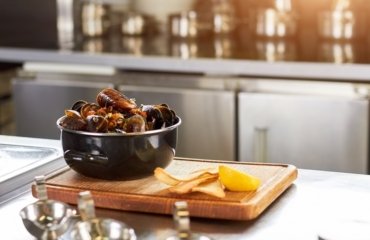 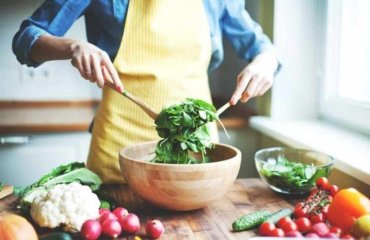 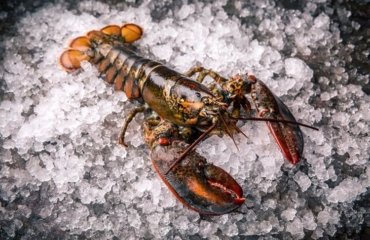 5 Lobster Recipes – Try the Most Famous Dishes at Home