Freezing temperatures in the winter can be dangerous and create many problems for households, apart from the care of keeping a warm and cozy home. When temperatures drop and linger long enough for the ground to freeze, the pipes in your house can freeze as well. And it can literally happen while you sleep at night. You may have heard a plumber you know mention frozen pipes, but maybe you’ve never encountered this. The fact is, frozen pipes are a dangerous plumbing emergency that should be avoided. If it does happen, however, you should act immediately. In today’s article, we’ll show you how to deal with a frozen toilet pipe quickly and on your own!

How to tell if you have a frozen toilet pipe? Freezing pipes may not necessarily happen in the evening while you’re sleeping, but it can also occur when you are at work or away for a few days during the winter holidays. Whatever the cause, you’ll know it’s happened by the tank not filling with water. Of all the pipes that can freeze, this one creates the most inconvenience. You may be able to run the water once, but it will be because there is probably some water in the tank already. If you repeat and find out it’s not filling, then the frozen pipe is the problem. A frozen pipe blocks almost all the water that flows through it to your home.

How to be sure that the pipes are frozen? As long as you have easy access to pipes (if you don’t, you’ll have to call a plumber) there are some visible signs that indicate if a pipe is frozen. The first thing you’ll notice is light condensation and moisture on the pipe or a very thin layer of frost. Touch it to make sure it is extremely cold. Use a key or other similar object and tap lightly on the pipe to check for a solid sound. All this adds up to one thing – you have a frozen pipe.

Will a frozen pipe burst? A frozen pipe doesn’t in itself mean it’s burst, but it’s the first step towards it happening. Burst pipes happen when they are exposed to cold temperatures for an extended period of time (at least 2–3 days, but of course a lot depends on the temperature as well). The water pressure will start to rise at the point of the blockage. If the pressure is sufficient, the pipe will burst, resulting in flooding.

Can you thaw the pipe yourself? If you do not have access to a frozen pipe, contact a professional immediately. If you do manage to gain access to the frozen pipe, there are a few things you can do to thaw it safely. For a start, make sure you shut off the main water supply. You can then move on to some of our toilet pipe thawing methods. There are several ways to thaw a frozen toilet pipe. But sometimes, even a rise in outside temperatures can be enough. However, you often have to step in too. The easiest way is by turning on a heater in the toilet. Watch to see if the toilet tank fills and if it doesn’t, move on to one of our next thawing methods.

Covering the pipe with hot towels Heat water in a large pot and soak a few towels in it. Wring out and cover the frozen pipe with them. Make sure you change the towels often enough by dipping them in the hot water again and wringing them out to have an effect, as the cold pipe will cool them very quickly. Place other dry towels under the pipe to absorb the drips from the wet towels and the condensation that will result. Another method of thawing a frozen toilet pipe is by wrapping a heating pad around it. Make sure you run it on low, however, and monitor it at all times because it can also become dangerous if the pad gets too hot. As a result, the pipe could burst and create an even bigger problem. It is important to thaw it slowly and gradually, which takes time.

Heating the pipe with a hairdryer Another very easy way to unfreeze a pipe is by using a hairdryer on low. Start at the spot closest to the toilet, and work your way down the frozen pipe, then go back. Don’t stop moving the hairdryer, as the hot air shouldn’t be concentrated on just one particular spot of the pipe – it will burst that way! It’s also important not to touch the pipe, but to keep the hairdryer some distance away from it! Continue to heat the frozen pipe until water flows into the tank.

How do I prevent the pipes from freezing? Most often, pipes freezing is due to sudden cold weather or someone leaving their home for a while. Unfortunately, there’s not much you can do when it comes to toilet pipes. If you are expecting a cold front, leave a few taps open overnight to keep the water flowing. If you’re travelling in the winter, you should also leave a few faucets open for little drips to make sure the water keeps flowing.

How to thaw frozen pipes? 5 simple steps to fix frozen bathroom pipes by yourself for good!
Recommended articles 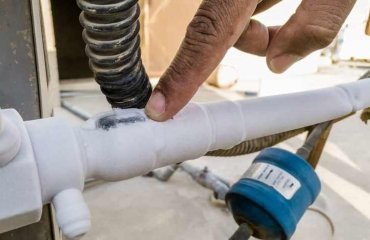 Frozen toilet pipe: How to tell if a pipe is frozen and easy thawing methods! 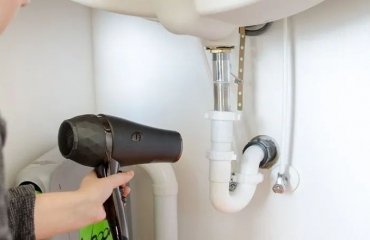 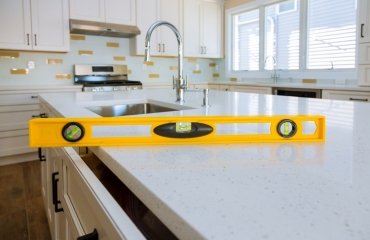 Kitchen Remodeling Ideas – How to Choose the Best Finishing Materials? 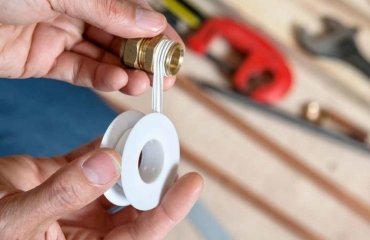 How to use Teflon tape? Тypes of Teflon tape and useful applications! 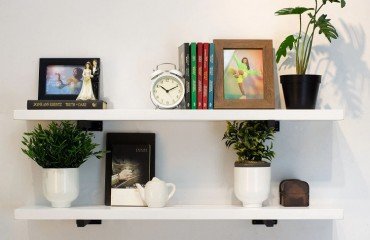 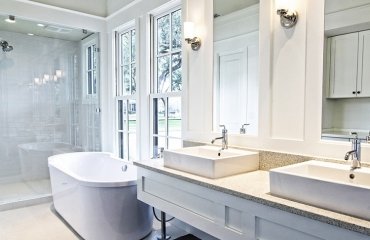 Protected: The best Bathroom remodelling guide for 2023 and steps to follow