Attention, football fans! Today we have the ultimate snack idea that you definitely cannot ignore. The original snack mix, known in the USA as Snack Stadium, not only looks really great, but will provide you and your friends with everything your heart desires during the exciting season of your favorite team – simply because you can put the snacks together yourself and design the Snack Stadium entirely according to your own ideas. How is it done? We’ll show you today!

How to make a Snack Stadium according to your own taste? If the Snack Stadium is only going to be used once, you can use plain cardboard or other disposable materials that you can throw away afterwards. It also doesn’t have to be a complicated craft project to serve the purpose. For example, it is quite ok to simply set up the snacks, sandwiches and dips in the shape of a stadium. However, if you want a snack stadium that you can re-fill, a model made of wood is worthwhile. Since the snack stadium in the USA is usually prepared for American football, the grass surface is also designed accordingly. However, if yours is for soccer, simply adapt it using the pitch lines. But a completely green surface is also sufficient to indicate a stadium. As already mentioned, you can fill and assemble the oversized snack bar according to your ideas. You can put in sandwiches and crisps, sticks and other nibbles, dips and sauces and even a few sweets. Drinks such as beer or cola in cans should of course not be missing at a football game. You know best what you like. This type of snack stadium is probably the simplest. However, you will agree that it is no less charming and useful than other more complicated models. For this you need the following things: Simply wrap the glasses for the snack stadium with the paper. Then you can cut flags out of the same or colored paper (for example in the team colors). Glue these to skewers. Then you can start filling them. If you like, you can cover the organizers with foil or parchment paper beforehand so that the snacks don’t grease them. That way you can use them again and again. Then you can fill each compartment as you like. Use smaller snacks for the front, lower compartments and long sticks (e.g. tasty vegetable sticks, crispy pretzel sticks, sausages and the like) for the back ones. Then fill the bowls/trays/baking tins with sauces or dips that you like. The middle one, which is also the largest, should be filled with a green dip or sauce to imitate grass. Guacamole, for example, works well for this. You have a free choice with the other two. By the way, you can also fill these with other things such as rice, French fries and the like. It doesn’t have to be sauce. Now arrange the individual elements like a stadium. If you only use two organizers, you can decorate the other sides of the stadium with sandwiches, for example.

3 ingredient snacks: These finger food recipes are quick to make and perfect for buffets and parties! You can also use regular cardboard boxes for a Snack Stadium by cutting them like stands. Then just fix the finished boxes together using glue or double-sided tape. Place cans or jars of snacks in the empty corners. You can get really creative with the design. You can glue paper on the boxes if you want specific colors or you can arrange sweet donuts, savory bagels, sandwiches, rolls and the like on the outside walls.

Food trend 2022: These pizza toast recipes are ideal for a quick lunch or dinner during the week!

Not only chips, pretzels and sweets are suitable for the snack stadium. You can also provide rolls and plenty of sandwich or hot dog ingredients so all guests can make their own favorite sandwich. Of course, the selection does not have to be quite as large as in the picture. You could also do some research on the favorite food of everyone, so you have an idea of what to get. Generally, various types of sausage ham, salami and cheese as well as typical sandwich vegetables such as tomatoes, cucumbers, onions and lettuce are very suitable and sufficient. But don’t forget the classic sauces like ketchup, mustard and mayonnaise!

More ideas for the stadium full of munchies and snacks Fill with sweet and savory Sandwiches as an element of the stadium How long to microwave a potato? Check out the fastest way to prepare stuffed potatoes!

How long to microwave a potato? Check out the fastest way to prepare stuffed potatoes!
Next article

What snacks go well with a beer? Try these easy finger-licking recipes and ideas! 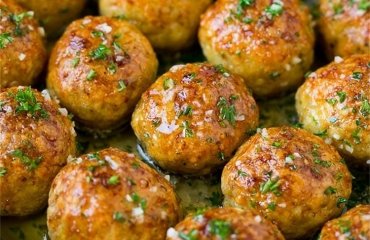 What to make with ground chicken? Find 3 of the easiest and most delicious recipes to try this week! 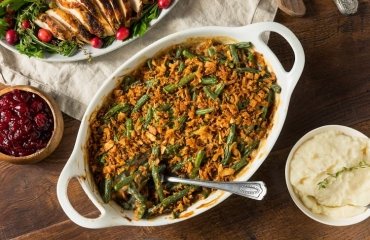 How to make delicious last-minute green bean casserole? Here are the top 2 recipes! 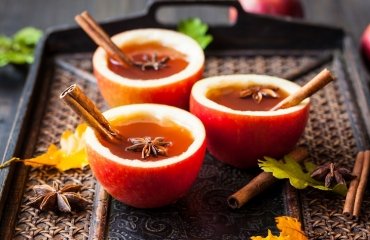 Thanksgiving cocktails 2022: 3 of the most popular Thanksgiving drinks to try with your loved ones! 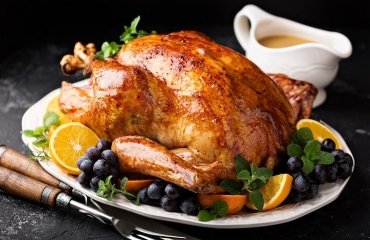 How to store leftover turkey? 4 simple ways to enjoy fresh meat even after Thanksgiving! 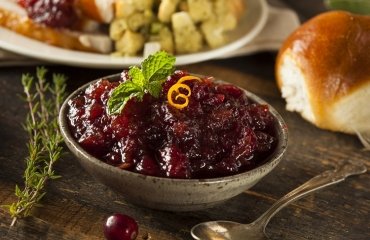 Cranberry sauce to make ahead: Recipes and ideas on how to store it properly for the ideal Thanksgiving dinner! 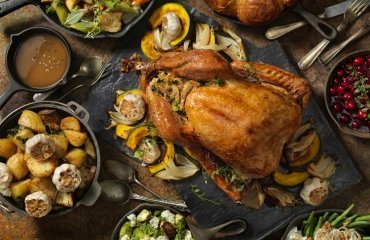