Amaryllis (Hippeastrum) is one of the most popular winter flowers. After the end of the blooming period in January, however, the whole plant often ends up in the garbage. It’s a pity, actually, because the bulbous flower is perennial and can sprout again the next winter if you take good care of it. We shall explain how to properly cut and care for amaryllis after blooming.

Faded amaryllis, what to do? Remove faded flowers immediately The blooming season of the beautiful exotic plants begins in the pre-Christmas period. In the winter months, their large, star-shaped flowers delight the eye. The blooming period usually ends in January, but can extend into March if faded flowers are cut off early. In this way the plant puts its energy into flowering rather than seed formation.

Cut and repot the amaryllis after blooming Around the beginning to mid-February is the right time to cut off the faded amaryllis. Proceed as follows:

Proper care in spring is crucial for amaryllis after blooming Amaryllis also needs regular care after the cut. In contrast to many native plants, where a dormant phase begins after the flowering period, the life cycle of the exotic plant is based on the rainy and dry season. During the months of February – August, the bulb collects nutrients and then stores them for the dormant period, which begins at the end of August. To help it do this, you should care for it properly and provide it with water and fertilizer regularly. The following tips will help you do this:

Encourage a second flowering in June and July

What few people know: sometimes the amaryllis blooms again in the summer. The blooming period lasts much shorter than usual. An important condition for this second blooming is the proper care in spring. If the plant has been able to store enough reserves during this time, it can bloom again. However, to make sure that your amaryllis still has energy for the winter blooming period, you should cut off the faded flowers immediately.

Amaryllis after blooming: hibernate in late summer only In August you can gradually reduce the watering and stop it completely at the end of August. The same applies to fertilizing, by the way. Over the next four weeks, the above-ground parts of the plant will die. These need to be cut off around mid to late September. Then you can overwinter the amaryllis. To do this, dig up the bulb, loosen the potting soil from the roots and place the plant on a newspaper. Let the bulb dry overnight and then wrap it in newspaper. You can keep the winter flower in the basement for a month. The optimal room temperature in the winter quarters should not exceed 15 degrees Celsius.

Store the bulbs out of the reach of children and pets. The underground plant parts are very poisonous and an accident could be fatal.

How to get the Hippeastrum bloom again in winter? The plant comes out of hibernation about five to a maximum of 6 weeks after hibernation. You need to plant the bulb in a large pot. Use fresh potting soil. Then place the plant in the dark and water it sparingly. Only when the new shoots and leaves appear, you can put the amaryllis back in light. This usually happens in early December, just before blooming begins. Not all amaryllis bulbs can sprout in a glass. The bulbs are specially cultivated and pre-treated in the garden centers so that they can then be cultivated in special jars at home. An important condition is that the bulb is not placed in the water, but directly above it. For this purpose, the bulbs are sold in special jars. These are not only functional, but also very decorative.

However, Hippeastrum cannot stay in the jar forever. You will soon notice that the flower is forming roots. After the end of the blooming period, it is cut and planted in conventional soil. Be extra careful when you take the exotic plant out of the glass container. The flower still has young roots, which are very delicate and easily damaged.

Just like the potted plant, the amaryllis must be fertilized every two weeks so that the bulb can recover and store new reserves for the dormant period.

Amaryllis, also known as the Hippeastrum, is a beautiful and long-lasting houseplant. It would be a shame to discard the bulb once the blooming period is over. After all, with the right care, it can bloom for years in winter. Unlike other plants, the dormant phase of the amaryllis begins in late summer. Until then, it needs nutrients and sunlight so that it can absorb the nutrients.

How do you grow Hylocereus? A 7-step guide for taking care of the dragon fruit plant

How do you grow Hylocereus? A 7-step guide for taking care of the dragon fruit plant
Recommended articles 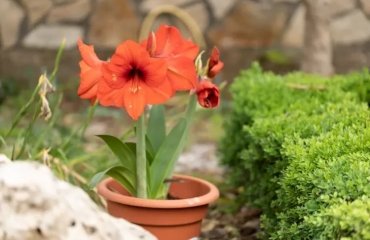 Amaryllis after blooming: where to cut off the faded and what care does the flower need afterwards? 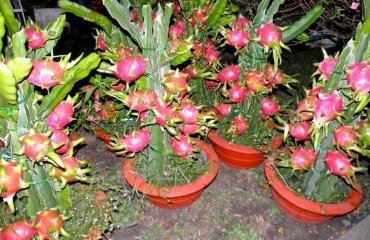 How do you grow Hylocereus? A 7-step guide for taking care of the dragon fruit plant 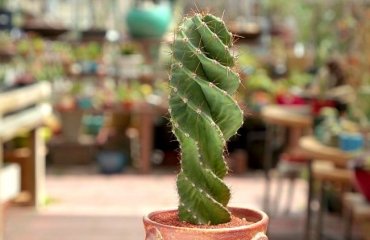 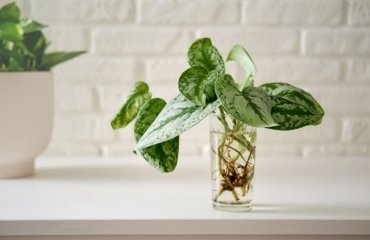 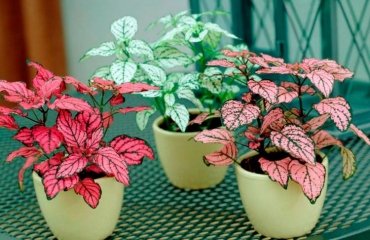 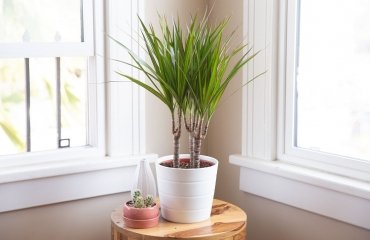