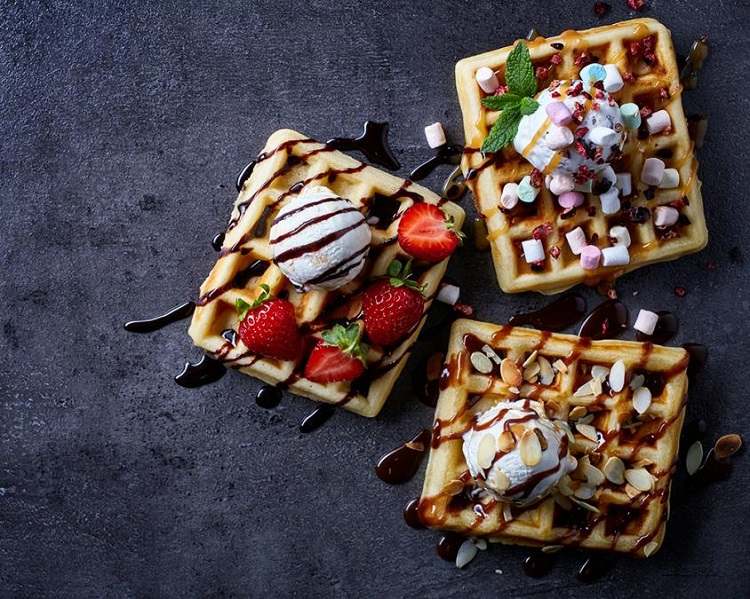 Belgian waffles have become famous all over the world for their amazing taste. These wonderful waffles became widely known after the Brussels World Exhibition in 1958 where they were served to visitors by Walter Cleyman. In 1962 Belgian waffles were introduced to America at the Seattle World’s Fair. Walter Cleyman offered a fluffier and lighter version of the waffles known in the USA and served them with whipped cream and strawberries. And that is how they became a world hit. 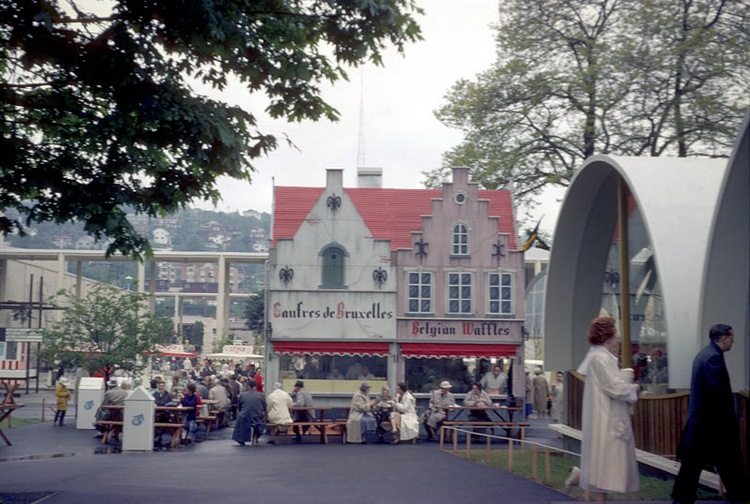 The history of Belgian waffles dates back to the Middle Ages when this dish was called simply waffles and consisted of fresh crispy cookies cooked in a waffle iron. The flour at that time was a mixture of barley and oats and the waffle irons were made of two thick metal plates connected by a hinge and having a lever with a wooden handle. The iron was put on fire, and turned over when the “pancake” was ready on one side.

What is the secret of classic Belgian waffles recipe? 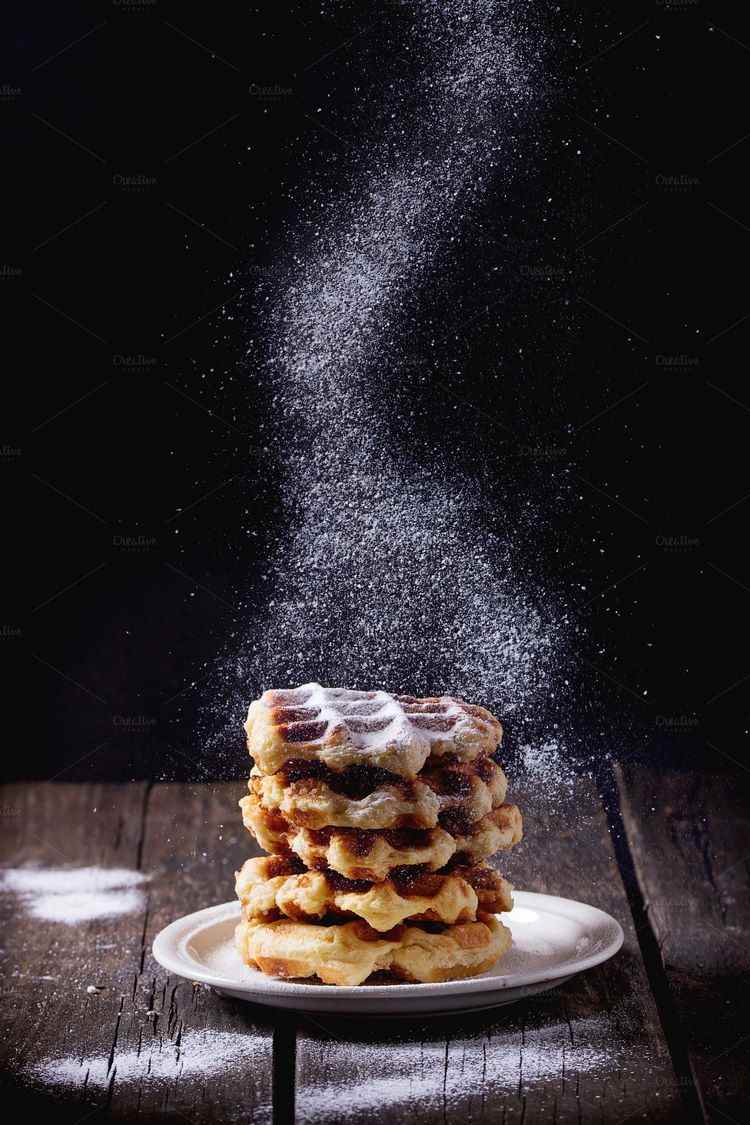 Do you know there are two different kinds of waffles made in Belgium? Brussels waffles and Liege waffles are the two varieties and they are not served for breakfast but as dessert or a mid-day snack. Unlike American waffles, authentic Belgian ones are not served with butter, maple syrup but with sugar icing, chocolate, fruit or whipped cream.

So, what is the difference between Brussels and Liege waffles? They are both made with yeasted dough and that is where the similarities end. 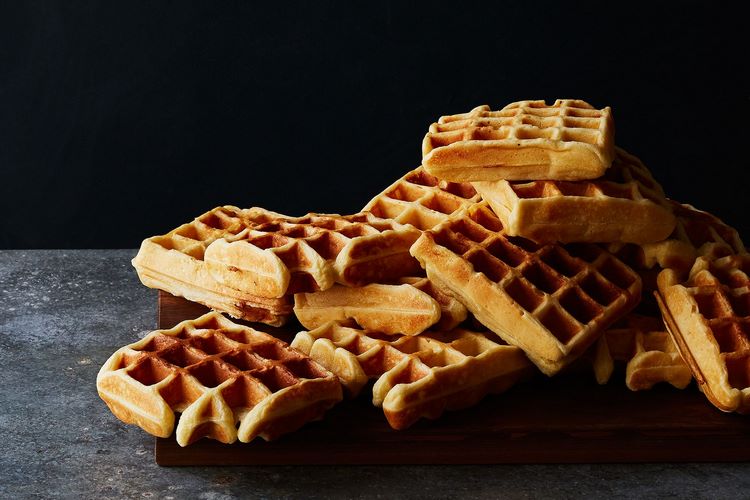 Brussels waffles are those wafers that are known to us as Belgian waffles. The dough is made with egg whites and then the mixture is left to rise. The batter is foamy and thicker than typical waffle batter. Brussels waffles have larger squares and deeper pockets. 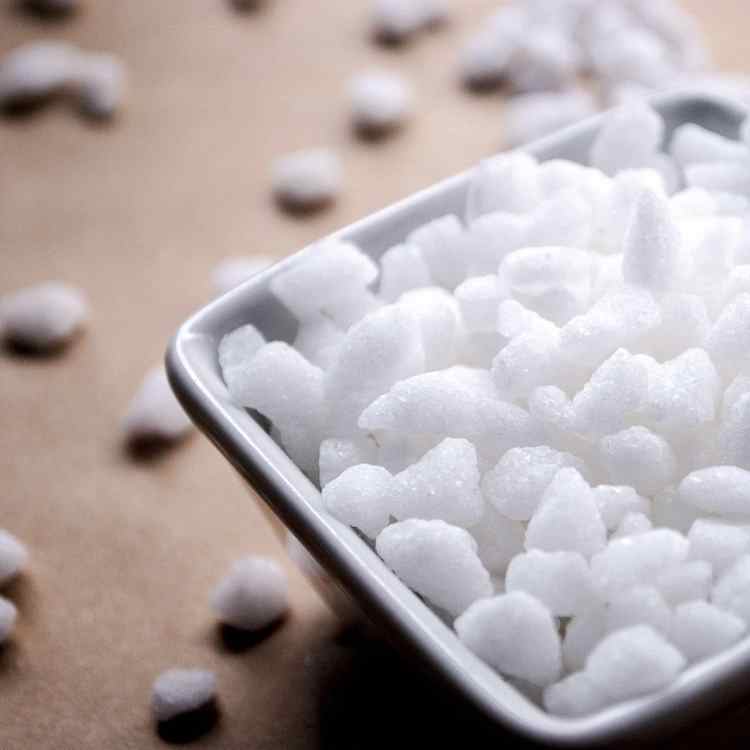 Liege waffles are denser and sweeter. This type of waffle was first made from pastry for buns. Usually, the batter takes up to twelve hours to rise and is often chilled overnight. Then pearl sugar is added and that is an essential ingredient for Liege waffles. The batter itself is thick and lumpy because of the pearl sugar. The sugar caramelizes during baking and the result is a very sweet and sticky waffle.

The main secret of Belgian waffles is, of course, in the correctly prepared dough. Due to the use of a large amount of whipped egg whites and yeast the batter obtains a particularly lush and soft structure. The usual shape is rectangular, but you can try the recipe on whatever waffle iron you have. 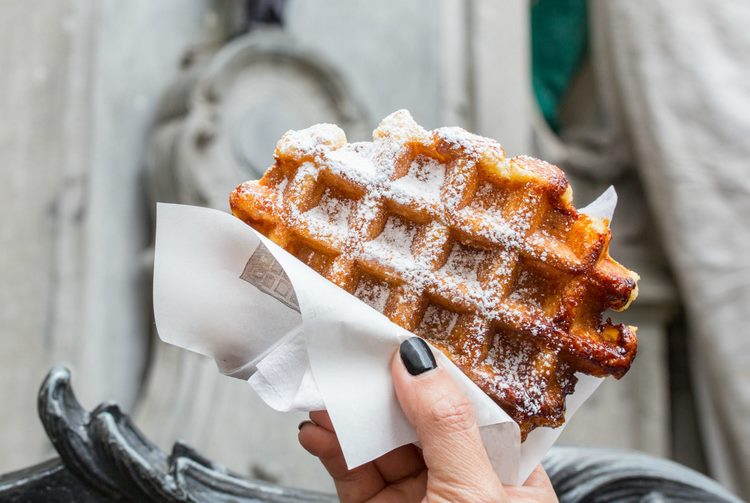 Combine warm milk with yeast and sugar and let sit for 10 min.

Lightly beat the egg yolks and add them to the yeast mixture.

Beat until incorporated, add sparkling water and stir until combined.

Sift flour directly into the milk mixture and until smooth. Add a pinch of salt.

Beat egg whites into stiff peaks and gently fold them in with a spatula. 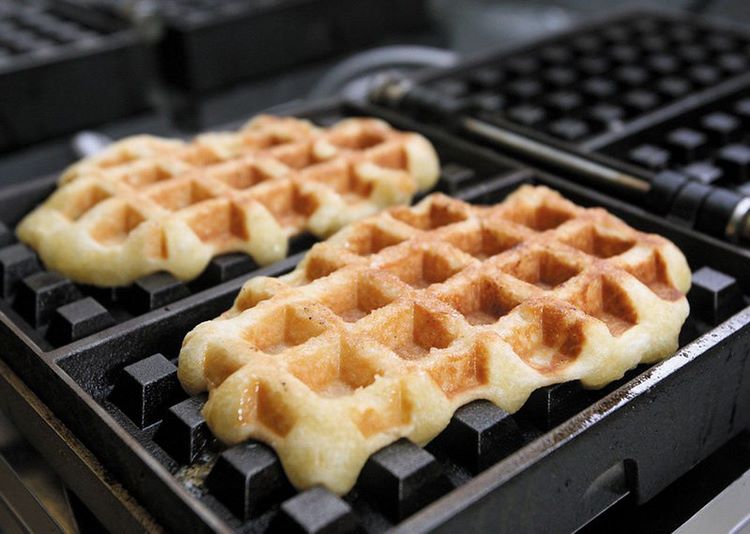 Let the batter rest for 20-30 minutes so that yeast can work and batter has time to rise. When bubbles appear your batter is ready for baking.

Heat your waffle iron to high until it is hot. Spray with a nonstick spray or butter the iron. Pour 1/3 cup of batter per waffle and cook until golden brown. 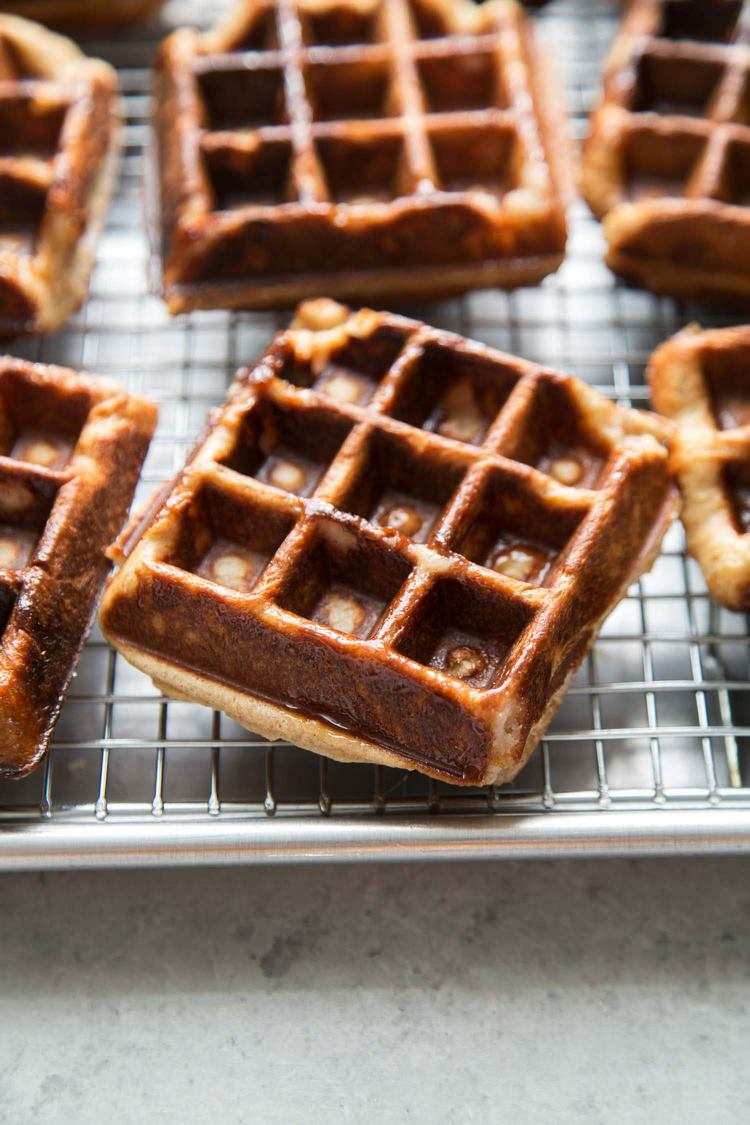 In the bowl of an electric mixer fitted with the dough hook, combine the milk, water, yeast, eggs, honey, vanilla, sugar, and salt. Mix until well combined. 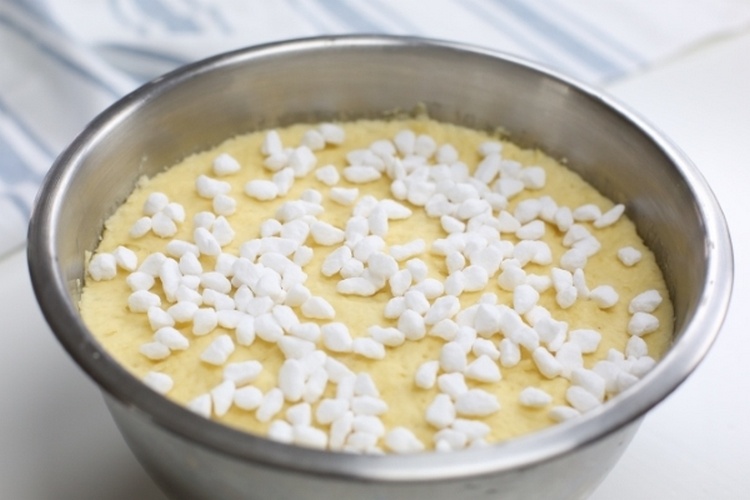 Remove the dough to a lightly oiled bowl and cover with plastic wrap. Let rise until doubled. Punch the dough down, cover again with plastic, and place in the fridge overnight or up to 24 hours. 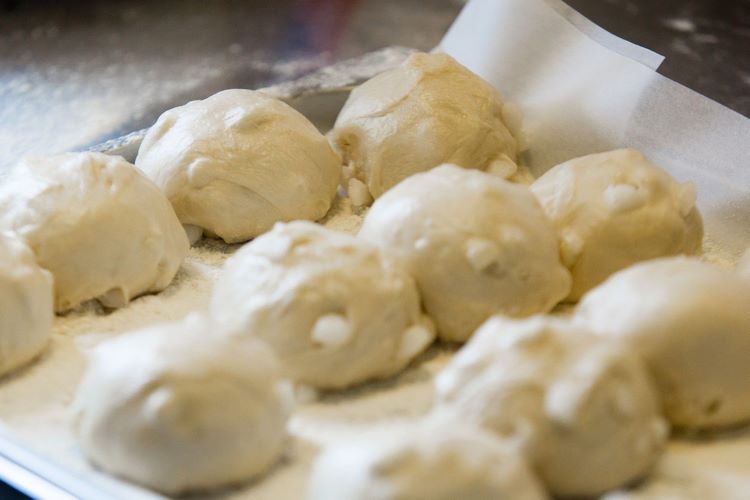 When ready to cook, heat up your waffle iron. Remove the dough from the fridge and knead in all of the pearl sugar. Divide the dough into 10 equal pieces and roll each piece into a ball.

Place a ball of dough on the grid and cook until deeply golden all over, about 4 to 5 minutes.

Savory waffles recipes – a must have breakfast ideas 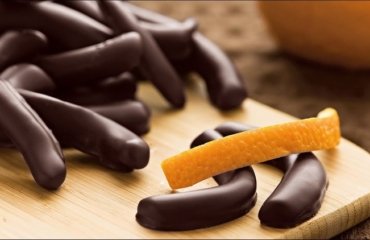 How to make candied orange peels and use them in different recipes? 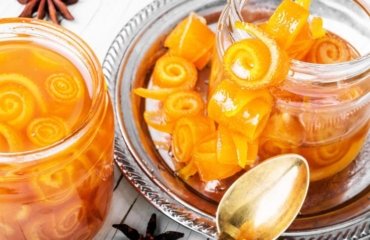 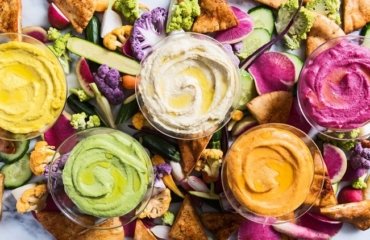 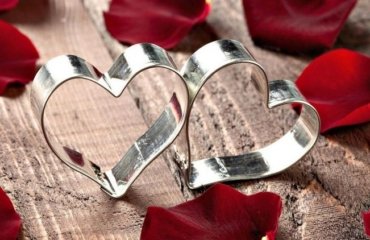 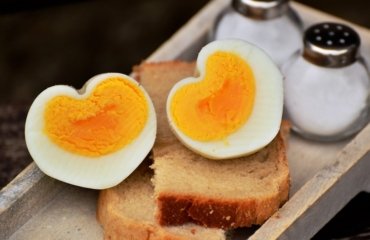 How to Make Heart Shaped Boiled Eggs for Valentines Day? 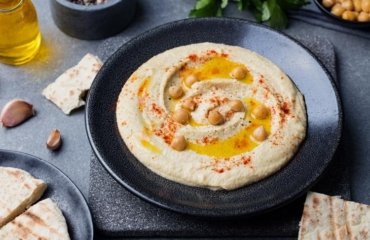 How to Make Authentic Hummus – Recipe, Instructions and Practical Tips