This year is expected to be interesting in the Netflix world after the brilliant start they made in January. One of the most anticipated shows for me finally returned with a second season and smashed all the charts. If it’s not already clear, I’ll tell you I am talking about Ginny and Georgia, of course! The awesome series about the relationship between a teen mother and daughter became an even bigger hit this year. Not only because of the good acting, but also because of the outfits. The character of Georgia Miller, played by Brianne Howey, gives a lot of inspiration on how to dress this year. Let’s take a look at Ginny and Georgia outfits that we can copy! We were kept on the edge of our seats by the drama, but we couldn’t help but notice how up to date the mother-daughter team and their friends and family were on fashion. Consequently, we were making notes on what to add to our wardrobe at the same time as we were debating if Marcus and Ginny would get back together. Even though as I already mention, Netflix exceeded my expectations with good TV Shows this January, today we are not going to discuss any drama. We are simply going to check out our favorite looks of Ginny and Georgia. When I learned that Georgia Miller was getting married, I knew that the wedding dress will be epic! There wasn’t a single doubt about that. But this magical gown exceeded my expectations. Let me tell you, I watched the scene where she walks in, probably ten times or even more. Debra J. Fisher, the show’s executive producer and creator, and Lampert determined that Georgia’s bridal attire should be inspired by none other but Cinderella, which is kind of poetic if you think about it. It took 150 hours to make this dress, by the Canadian designer Ines Di Santo. It was worth it though, because it instantly became iconic! She’s not just a mom, she is a cool mom! I will not stop saying this about Georgia Miller, she sure knows how to wear a blazer. This quickly became a trend on the internet, since we see her wearing a lot of blazers on the show, especially this season. If you don’t have the budget as the Netflix team, you can still opt for the same look. You can find similar blazers at Zara, ASOS, Mango and others. How to match your blazer? I would say, a pair of jeans is always a good idea, if you want something casual. However, if you want something a little bit more chic, a mini skirt is the way to go! If Ginny had a signifier it would be a striped shirt. We see her wearing them constantly in both season 1 and season 2 of the show. She cleverly combines them and I like that she doesn’t go for the plain black and white combination that was a super hit in 2022. Many girls even wore these tops by throwing them over their trench coats. The people in charge of the wardrobes at Netflix must have known what they were doing since they chose such colorful items for her. They accentuated her youthfulness and made Ginny even cuter. Aside from making her blazers an absolute hit, Georgia’s coats were the other most talked about thing among the outfits of the show’s characters. This season is filmed mainly in the winter time, so we saw different types of coats, but every single one was absolutely stunning. The one that you see in the picture was my personal favorite. Speaking of trends, the white coat that Georgia was wearing in the Christmas episode, was very chic. Pairing it with a scarf and gloves gave it this cozy vibe, but somehow it remained elegant. The green coat was the fen’s favorite. Even in the show we hear one of the characters mentions to Ginny that her mom has great coats. And I mean, she does!

Other Ginny and Georgia outfits Georgia Miller: A t-shirt and jeans Golden Globes best dressed 2023: 15 of the ABSOLUTLEY most stunning outfits on the Red Carpet this year!

Golden Globes best dressed 2023: 15 of the ABSOLUTLEY most stunning outfits on the Red Carpet this year!
Next article

Spring 2023 Fashion trends: What clothes will be trending this year? 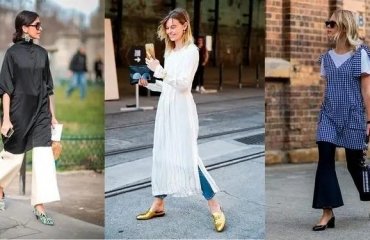 Dress over pants: Chic ideas on how to style this trend that is coming back from the 2000’s! 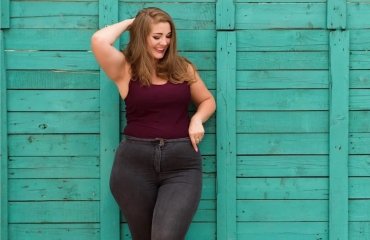 Fashion mistakes curvy women make: the most common no-gos and how to avoid them 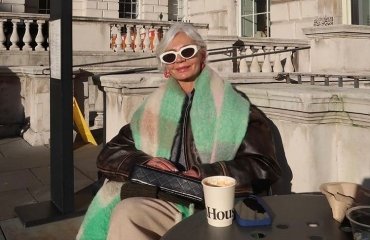 Outfits for women over 50: Check out some of the BEST fashion inspirations in 2023! 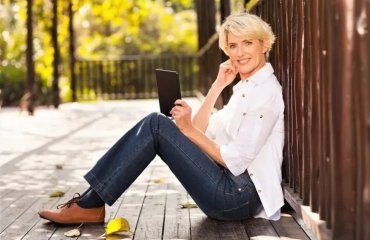 How to wear jeans after 60? 4 stylish cuts to look young at any age + those to avoid

Friends inspired outfits: How to dress like the most ICONIC group of people? 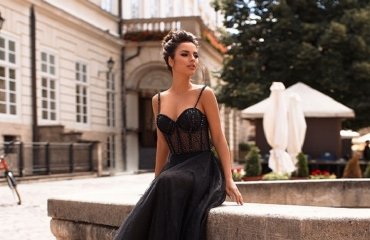 Prom dress trends 2023: Find inspiration on how to look stunning on your prom night!