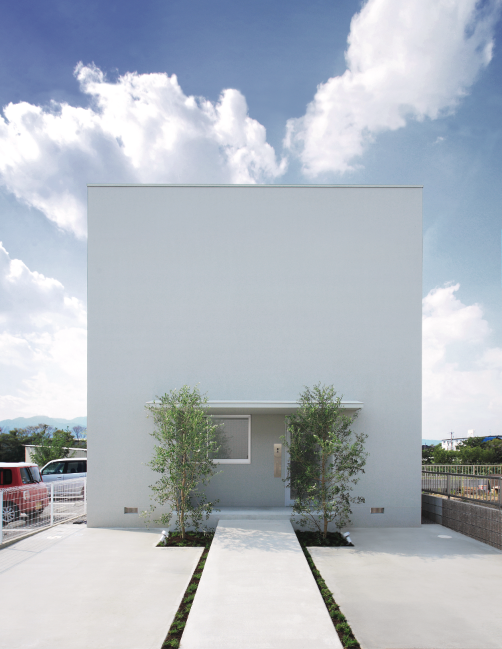 It is often said that the ‘best things come in small packages’, this superb Japanese modern house design is no exception to this well known saying. Totally unassuming in its design it represents the epitome of Minimalist principles. Simply ‘cube like’ in form, this construction is as intriguing as a wrapped box. It tempts us to discover what is inside the wrapper, as there are no real clues apparent on the outside. The modern house design is uncompromising in its simplicity, it is unpretentious even modest in appearance. However, there is a duality in its impact, as ironically it is exactly these qualities that also confer a strikingly dramatic element to this building. 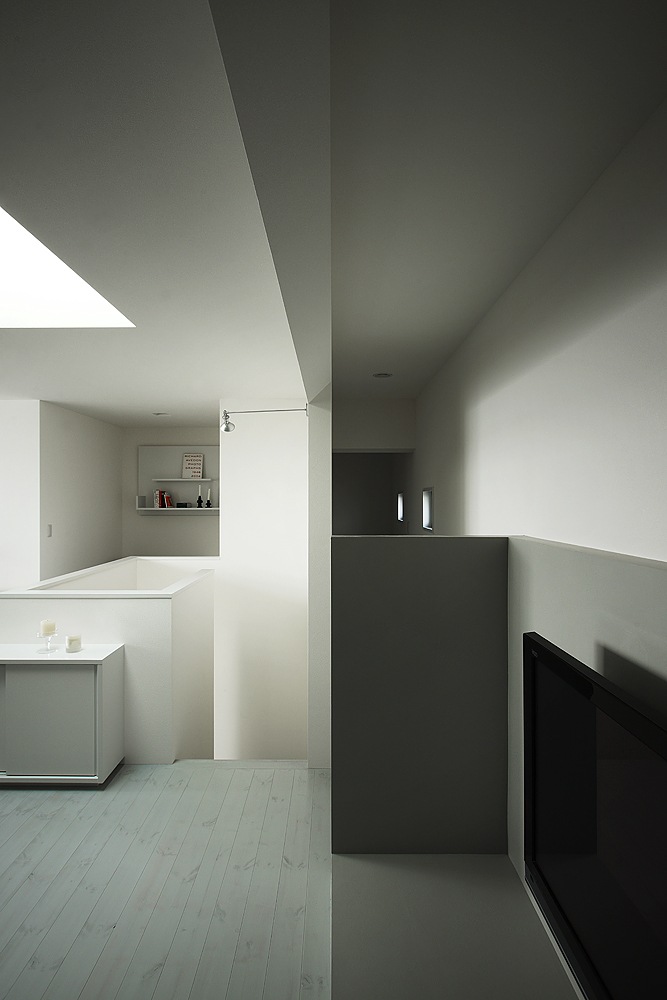 The cube is a form which we associate with solidity, permanence and stability. This modern design house sits firmly on its foundations providing its occupants with a safe and very private place to live. From the outside it appears as a ‘blank canvas’ theoretically, any personal touches could be added by creative planting in the garden area. At the moment this space is softened by minimal foliage, the garden area is as uncluttered as the house in design. 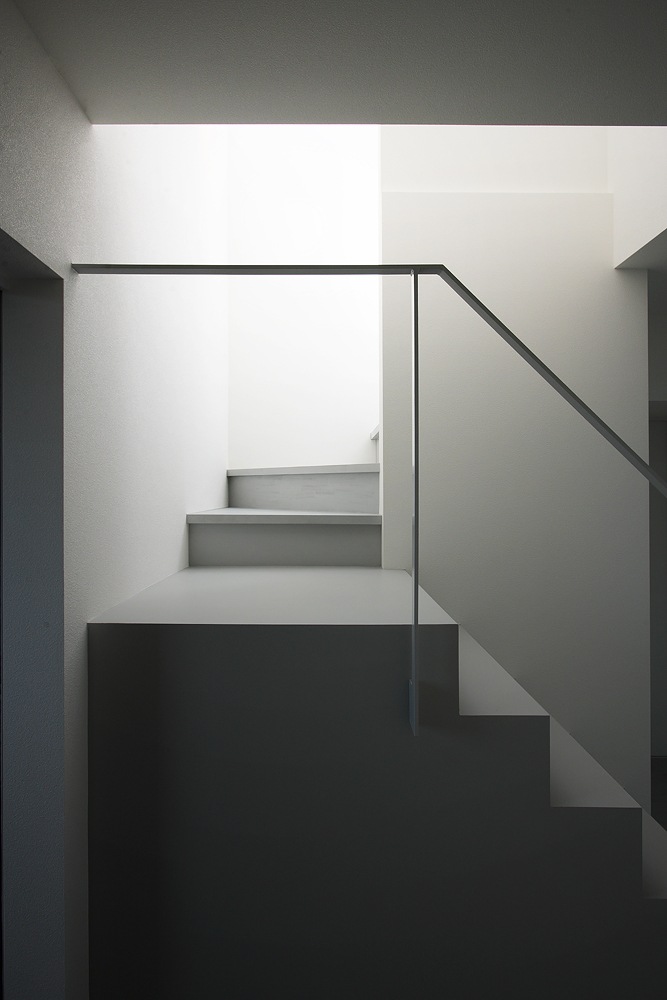 The flowerbeds are arranged as a continuation of the rectilinear shapes and lines of the modern design house, the ‘White Cube House’ presents a statement which celebrates human achievement. It relates to mathematics, science, engineering and logic. There is no reference to the organic or reflection of the natural world in its design. However, this building was created to interact with nature as becomes evident on the inside. 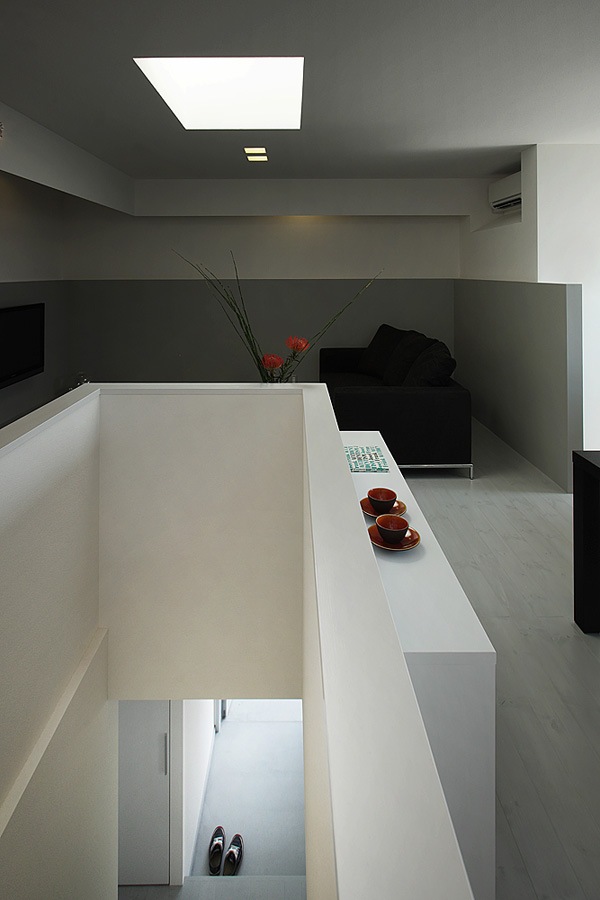 The styling of the interior decor matches the exterior with its focus on unadulterated geometry. A powerful contrast of black and white accentuates the angular forms of both architecture and modern furnishings. This is saved from being too severe and unwelcoming by the introduction of natural illumination which adds soft shadows and grey tones to mute the hard edges. The diffused lighting also adds ambience and a sense of intrigue. An occasional splash of red, introduced by a simple flower or piece of ceramic, relieves the tension of the extreme contrast and adds eye-catching focal points to the living areas. 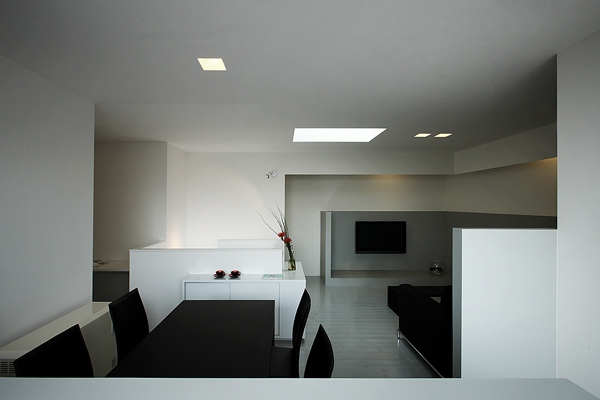 In many ways there are no architectural ‘fireworks’ here. The planning is marvelously intelligent, not flamboyant or complex. The beauty is in the powerful simplicity of the architectural and interior planning, this is what makes this home so striking. This is a house with attitude, it is clearly not huge, it is definitely not ornate but it most certainly has an assertive presence which just can’t be ignored! 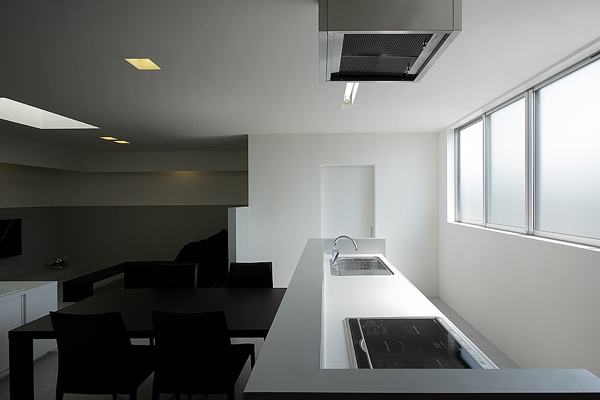 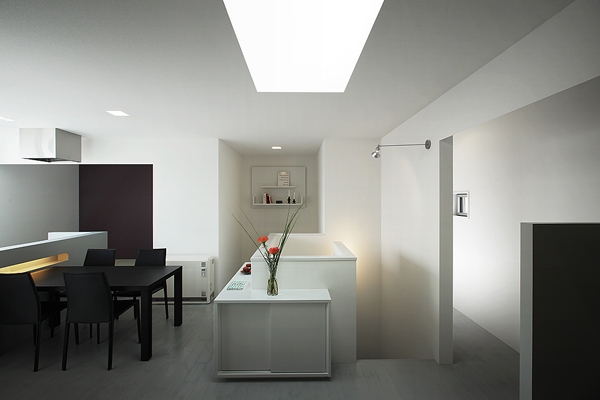 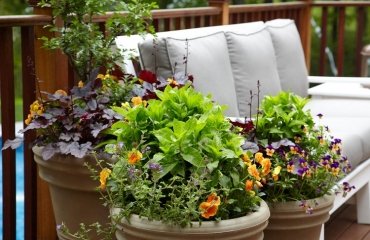 Hardy balcony flowers that will add color and freshness to your outdoor space during the cold months! 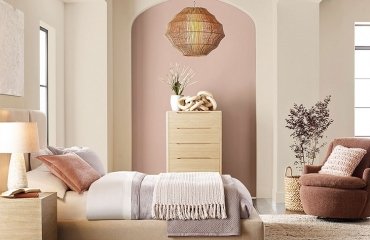 Color trends 2023: 7 shades that we will see everywhere next year! 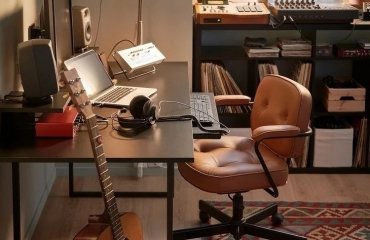 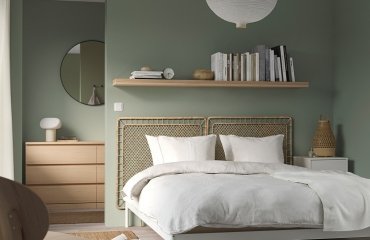 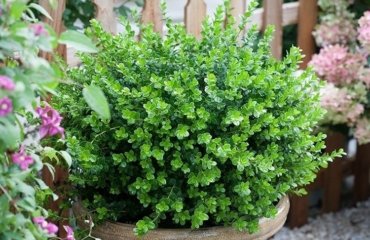 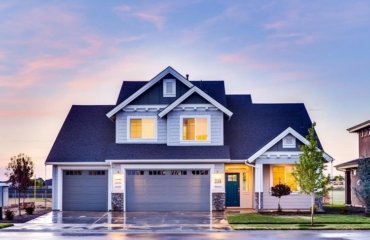 How to Choose the Right Exterior Window Style for Your Home?