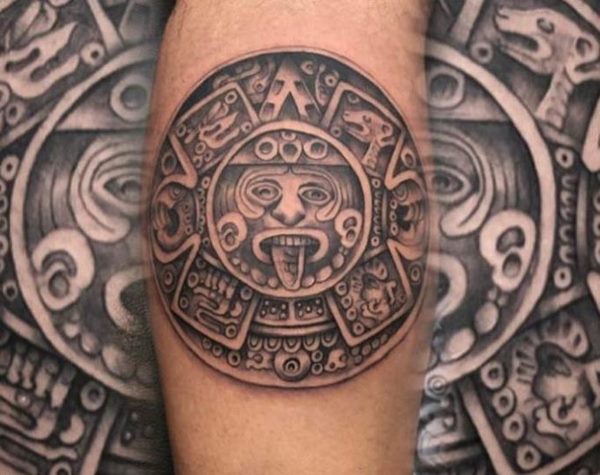 Aztec tattoo designs are different from all other types of tattoos, they are simply amazing and can hardly be confused with other tribal images. The bold geometric patterns make them a real art. The Aztec tribes lived from the 13th to the 16th centuries on the territory of modern Mexico. Religion was an important part of their culture and honoring and pleasing the Gods was something important. Tattooing was an important part of Aztec culture as well and even children had tattoos. Ancient Aztec tattoos were extremely simple, but they were not intended only to decorate the body, they were made for various reasons:

Modern Aztec tattoos and their meanings are popular among men. They can be done in black or in bright colors and designs vary from simple geometry to complex and ornate ornaments which often combine historical appearance with modern stylistics. If you are looking for a truly unique and original tattoo, you will surely like these ideas. 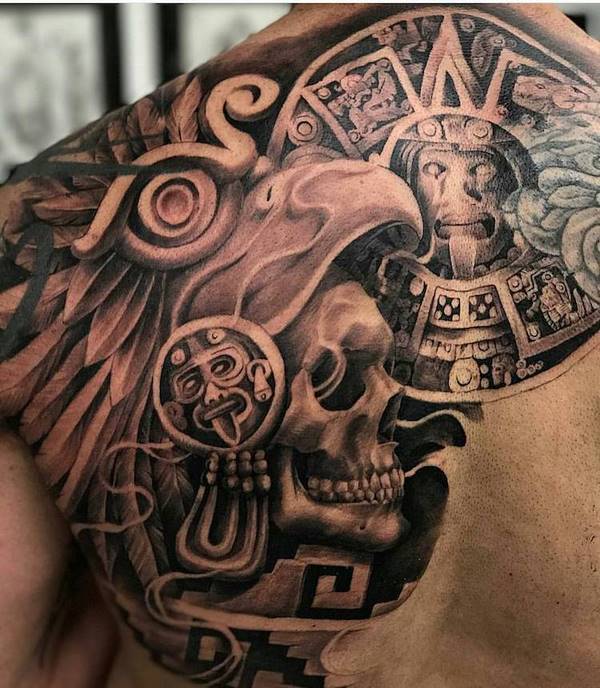 Modern Aztec tattoos interpret motifs which came from the ancient tribes. These motifs had religious and ritual meaning and honored the most important and dominant Gods – The God of the Sun, the winged God-serpent, the God of war, etc. In ancient times, there were many different tribes using tattoos to express not only religious and ritual art, but they had a spiritual meaning as well. It is true, though, that the Aztecs left a huge legacy of various beautiful symbols. Aztec images are known for the complexity of their designs, as well as their variety. The beauty of Aztec tattoo art is in the use of thick lines. Many drawings have a 3D effect and it seems that they are literally cut out on the skin. Since the Aztecs worshiped several gods, the tattoos were usually in their honor. 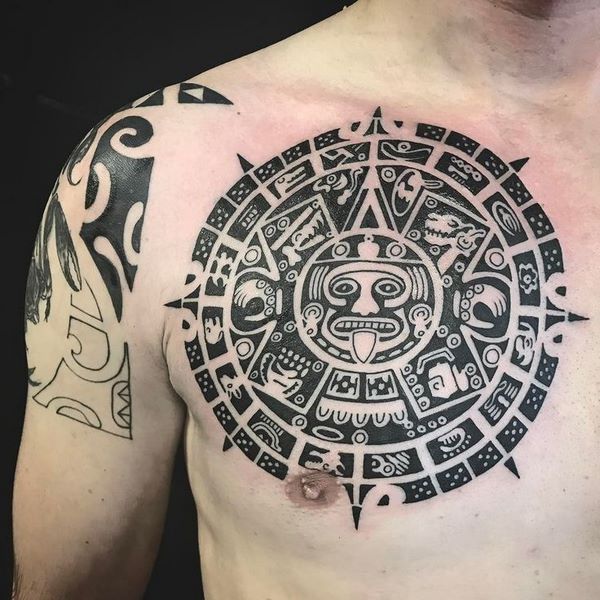 The Aztecs honored not only the God of the Sun, but also like many ancient cultures, worshiped all celestial bodies like the Moon and stars) and natural phenomena like wind, rain, thunder, etc. Each of these phenomena had its own symbol, which had its place on the bodies of ancient warriors. The Aztecs believed that their life and success in battles depended on the worship of a deity. It was believed that special rituals and the application of drawings brought a person closer to higher powers and gave him with strength and wisdom. 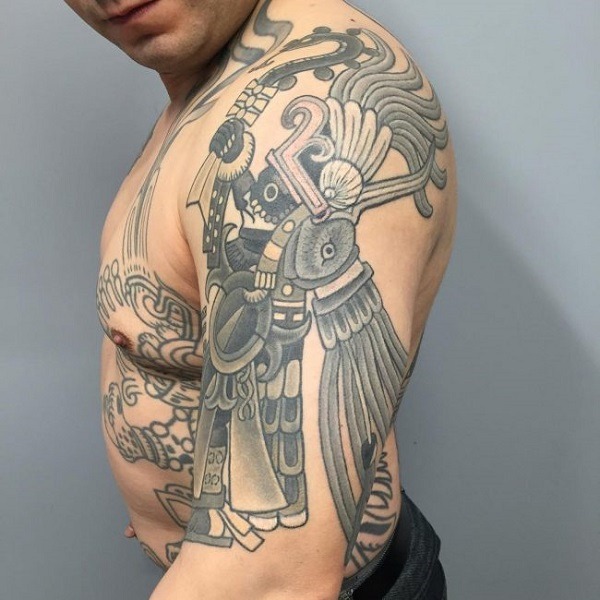 The most important god for the Aztecs was Huitzilopochtli, the sun god who gives life and is the guardian of heaven. As in many other tribes and cultures of ancient people, the Aztecs worshiped the sun. In his daily movement, people saw confirmation of the existence of the afterlife. It was believed that each person, like the sun, is reborn after death and finds a new life. Aztec tattoos depicted the sun God with a blue face. In addition to it, the image contained many other symbols and elements of the pictorial language of this tribe. Nowadays, the Aztec tattoo “sun” also symbolizes faith in afterlife, rebirth. 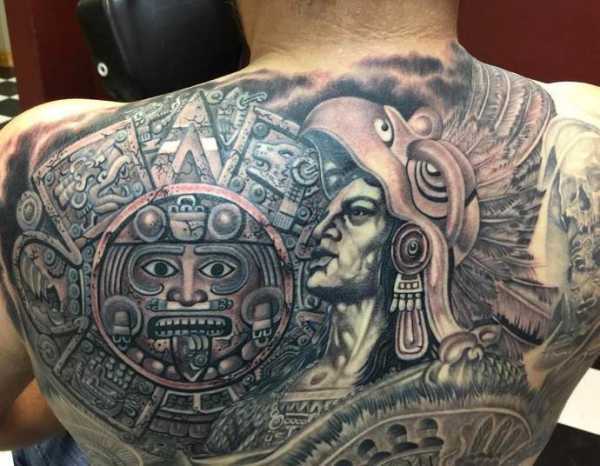 For Aztec warriors the eagle was a symbol of strength and courage which makes it one of the most popular tattoo designs for men. These are the main features of the protector and men choose it as a demonstration of pride and duty. 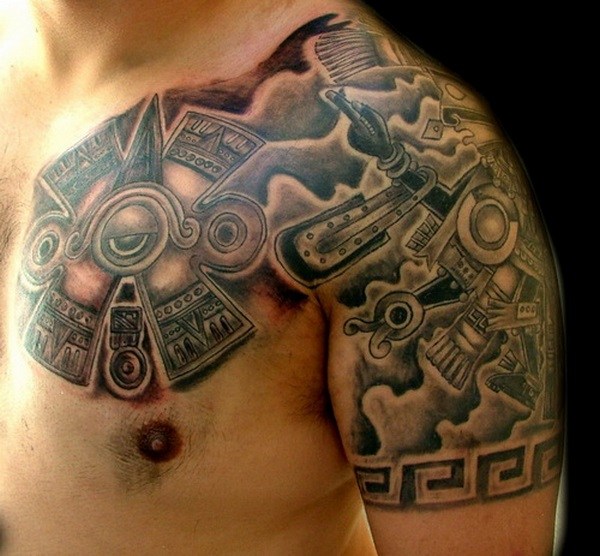 The dagger is a special attribute of ritual sacrifices. In accordance with the religious beliefs, it was with the help of this knife that a living heart was once cut out, which was offered as a sacrifice to the God of the Sun thus expressing the respect for the God. After the ceremony, the dagger became sacred. 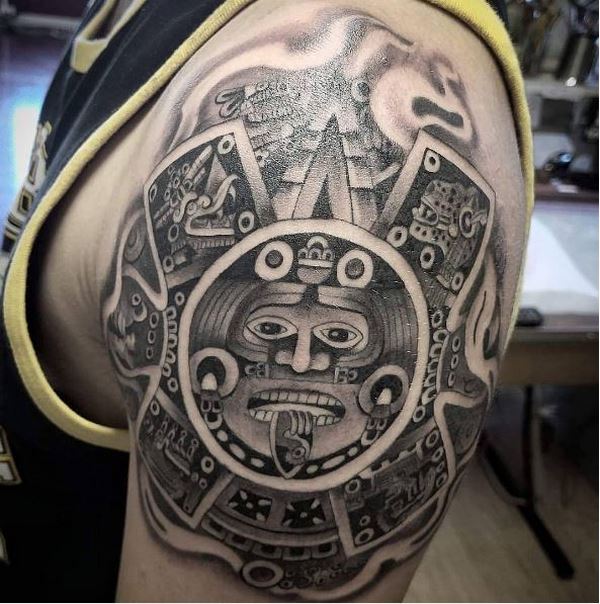 The warrior god, Tezcatlipoca, is a very popular image in Aztec tattoos. He is often portrayed with his tongue hanging out. This tattoo was previously worn by Maori warriors. Very often the design of a modern tattoo combines the Warrior god and the eagle images. It is believed that this symbol of the Aztec warrior will help men to keep their balance and to gather forces that can facilitate their transition to the next life. 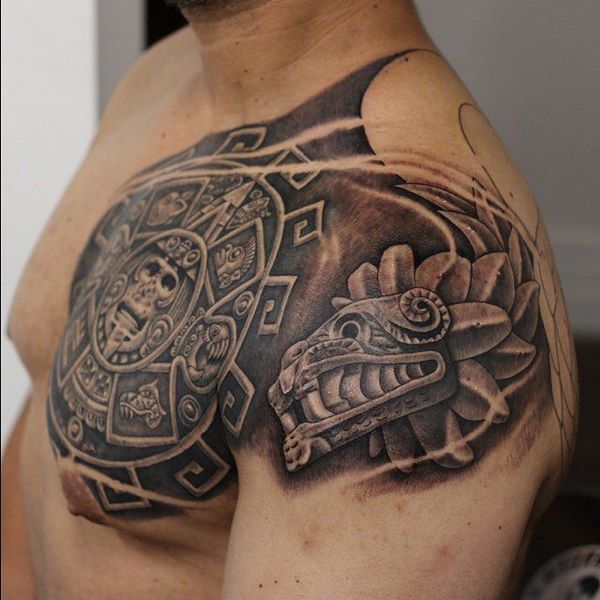 The Aztec serpent symbolizes one of the most important and most powerful god of the Aztecs, Quetzalcoatl, portrayed as a winged snake, who affected almost all aspects of life. The feathered serpent god was of great importance in the religion and art of most countries of Central America for almost two thousand years. In accordance with the rituals of ancient tribes, the snake god was responsible for creativity, fertility and weather, and was also considered a symbol of true wisdom and was found not only among the Aztecs, but also among many other ancient peoples. Nowadays, this is one of the most popular Aztec tattoo designs as it is believed that the image will increase the positive energy around a man and bring good luck.

Where to place your tattoo? 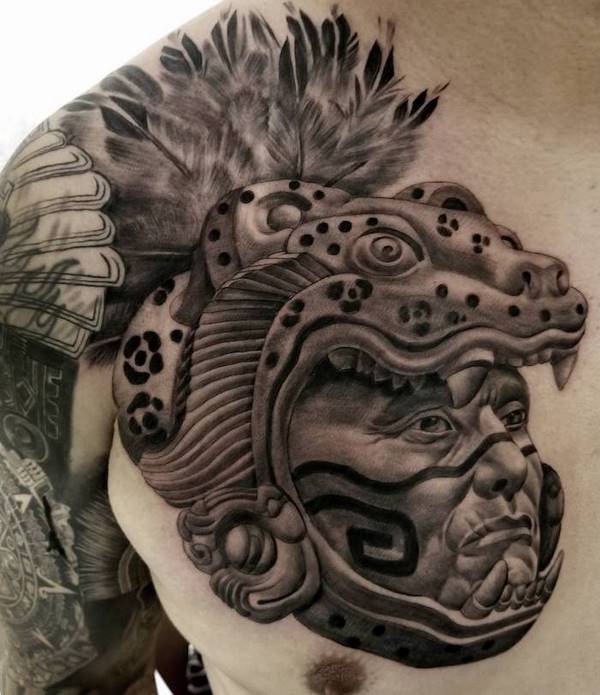 Aztec tattoos can be placed almost anywhere on your body. However, it is good to know that the ancient believed that their existence depended entirely on the will of the gods. They also believed that the stomach, arms and chest were the main energy centers. Of course, in modern times, the place of a tattoo will depend on size, color, design and lifestyle. Large scale tattoos can be done on the back, as a full sleeve image, on the chest, etc. 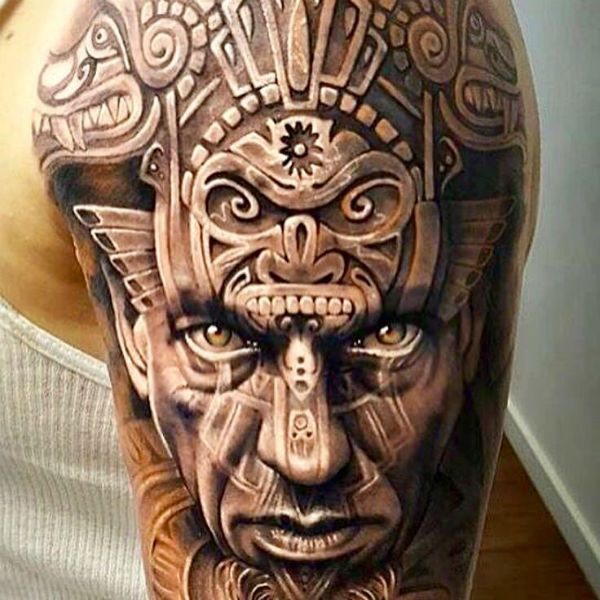 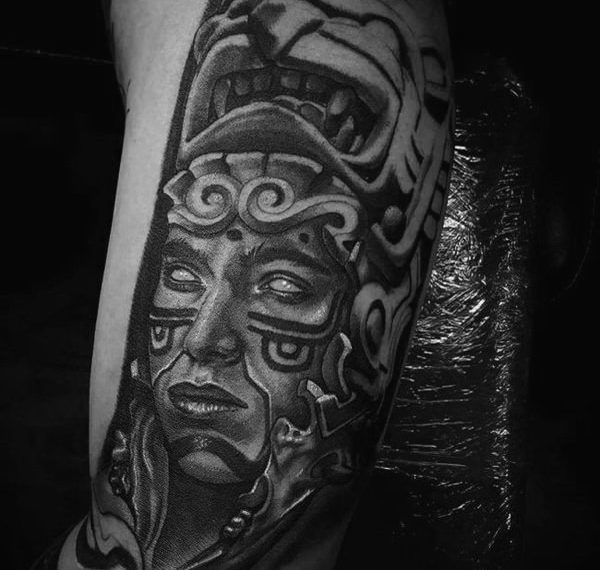 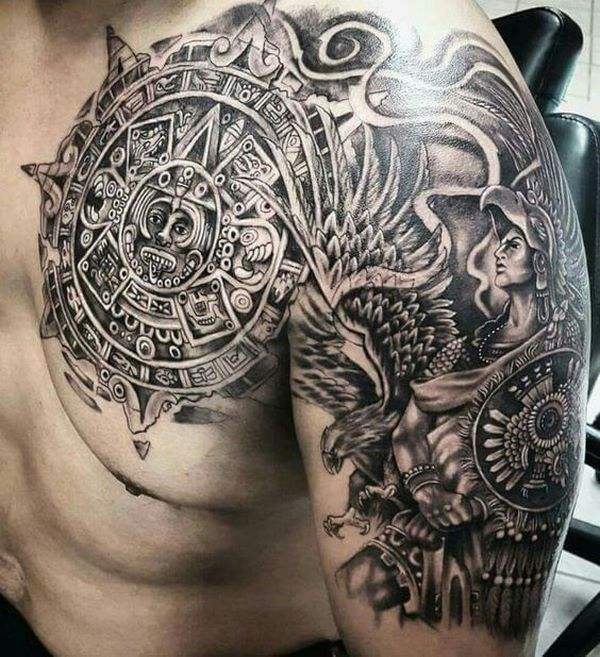 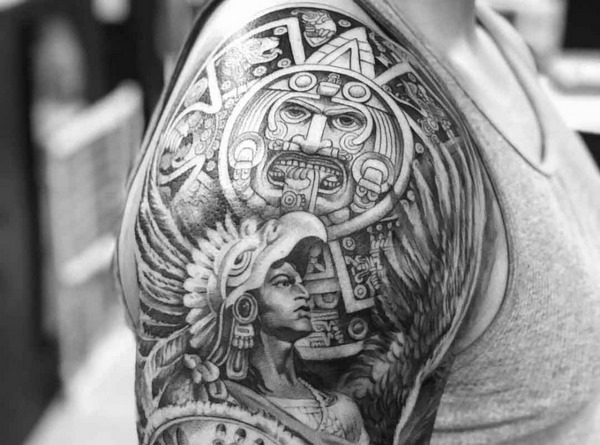 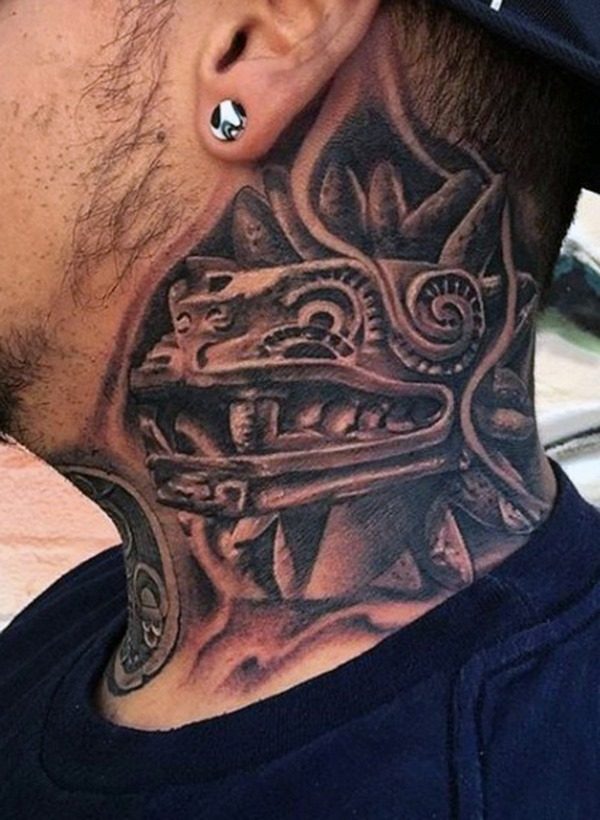 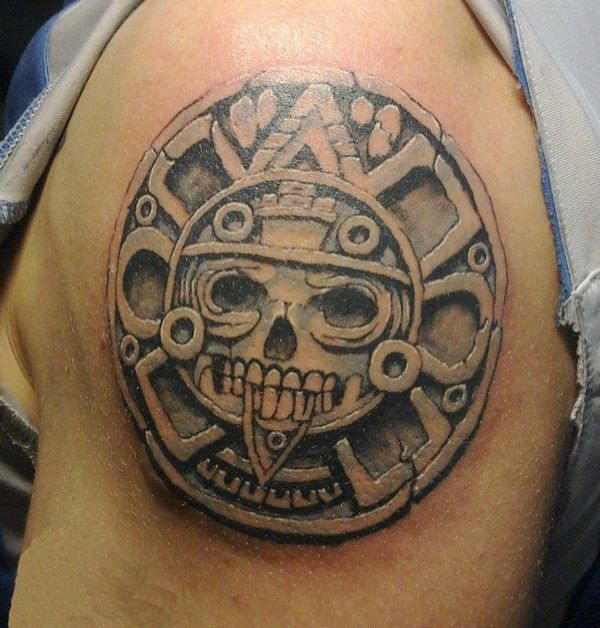 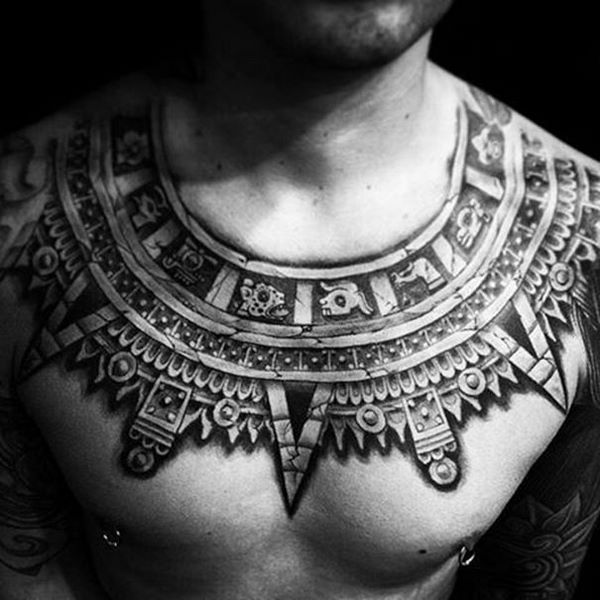 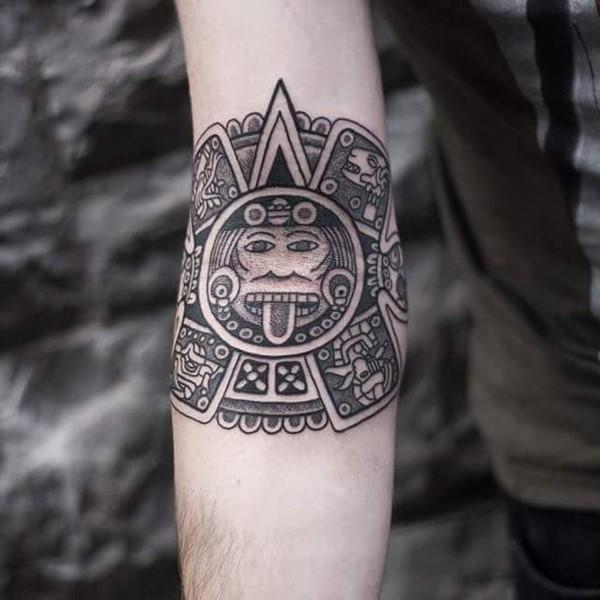 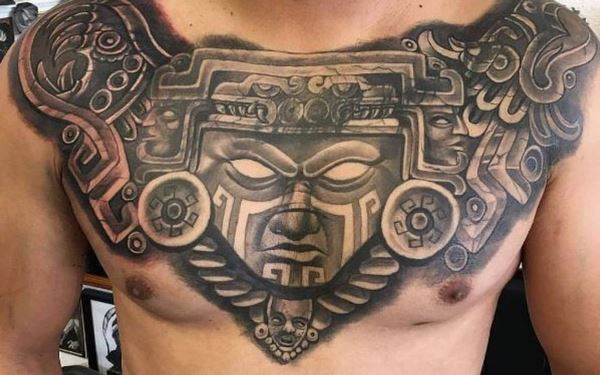 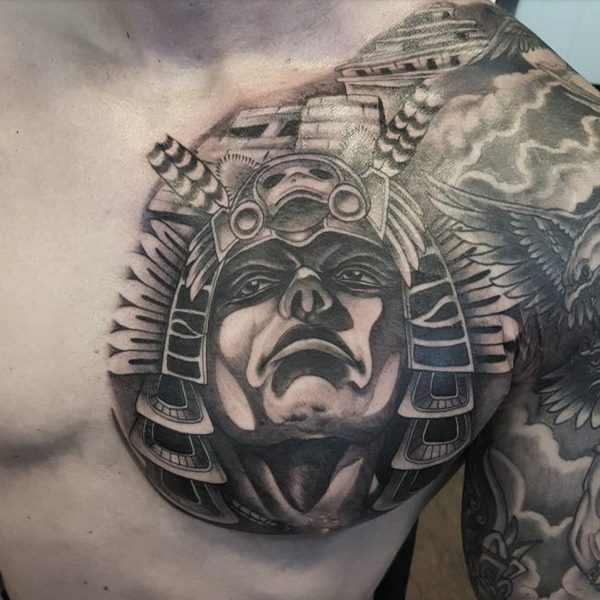 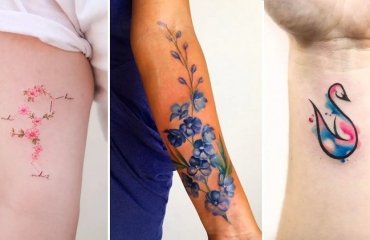 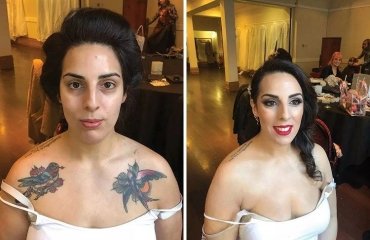 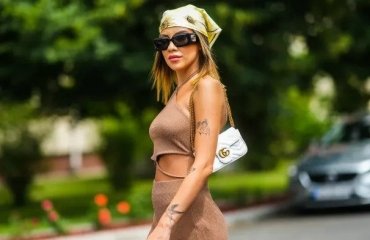 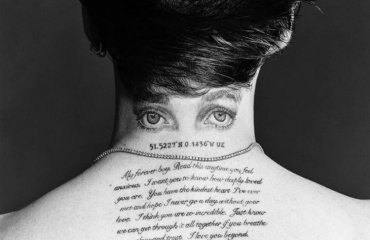 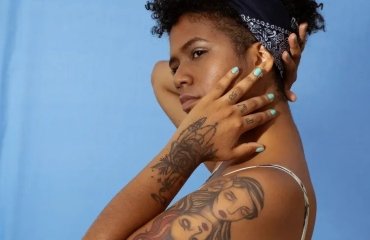 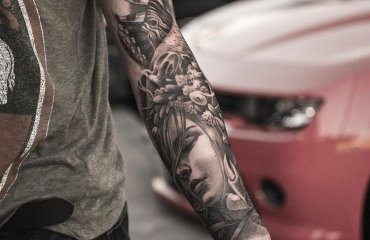