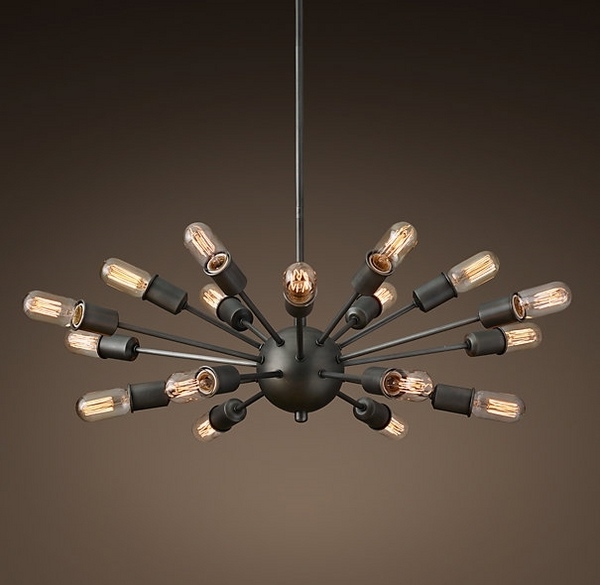 In the world of design there are pieces which are so ingeniously simple that they become iconic and are repeated over and over for decades. One of these timeless designs is the Sputnik chandelier which has become a symbol of the mid century modern style.

The story of the iconic Sputnik chandelier 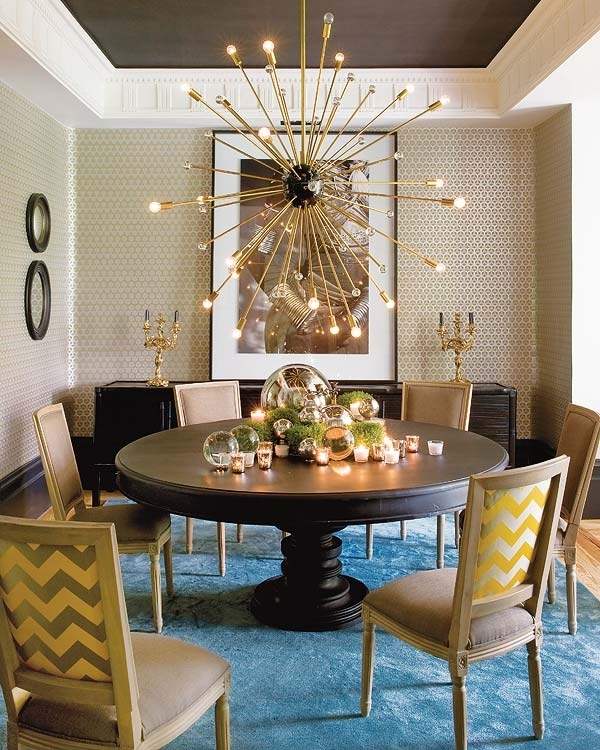 The launch of Sputnik, the first ever satellite to orbit the earth in 1957, marked the beginning of a whole new direction in design, known as the “nuclear era”. The credit for the first Sputnik chandelier is given to an Italian engineer – not a designer – Gino Sarfatti. In the original version of the fixture that became iconic for the style, the orb center and the arms were made of brass. Later on various replicas appeared and the material range expanded including steel, glass, plastic and extra decorations were added to the design but the original idea remains the same – a large number of bulbs attached to arms at different length and height. 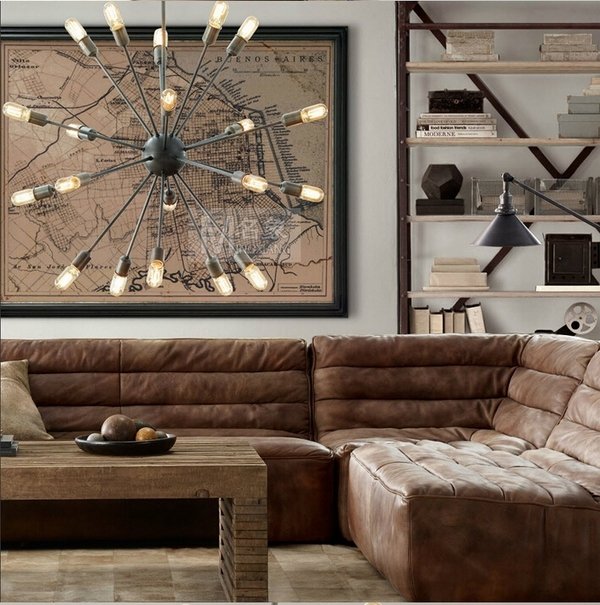 The eye catching form of the Sputnik chandelier is one of the main reasons for the wide popularity of this mid century icon in contemporary interiors. Although original brass models are rarely found, especially with the boom of retro style and the return of mid century interiors in modern homes, many designers offer modern versions of the lamp. A Sputnik chandelier performs not only the function of lighting but is an integral part of the interior. The futuristic appearance of the iconic pendant can be seen in small and large options, with short or long arms, made of bronze, silver, stainless steel, the variations are numerous and yet its striking look is a complement to the interior of any living room, dining room or bedroom and creates a bright comfortable space. 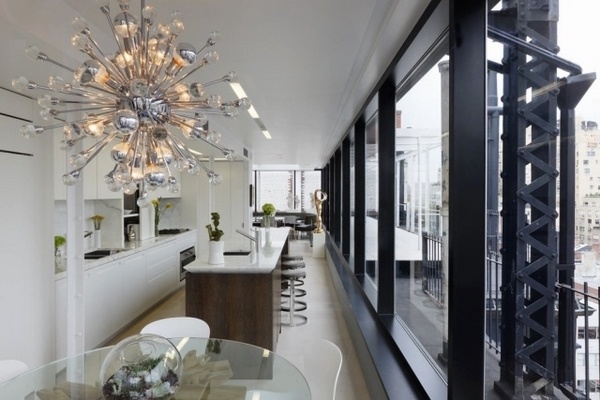 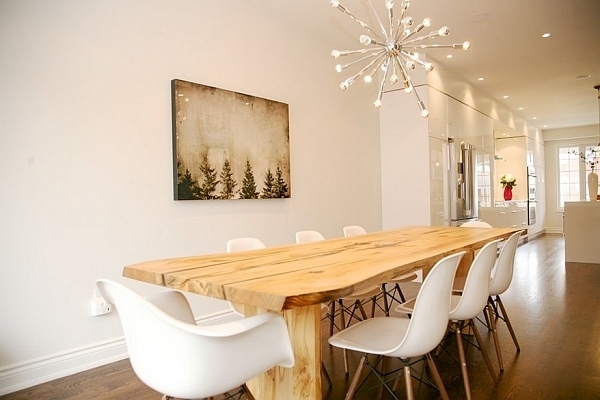 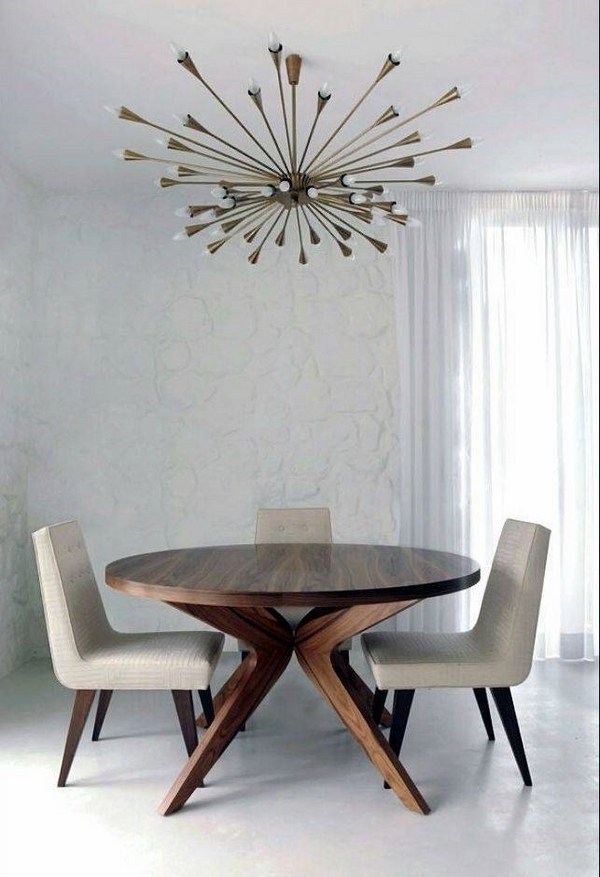 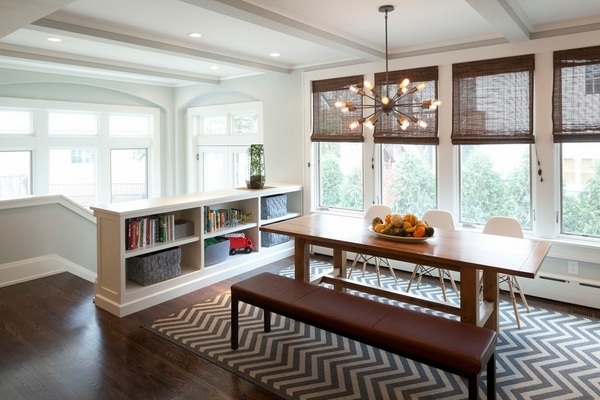 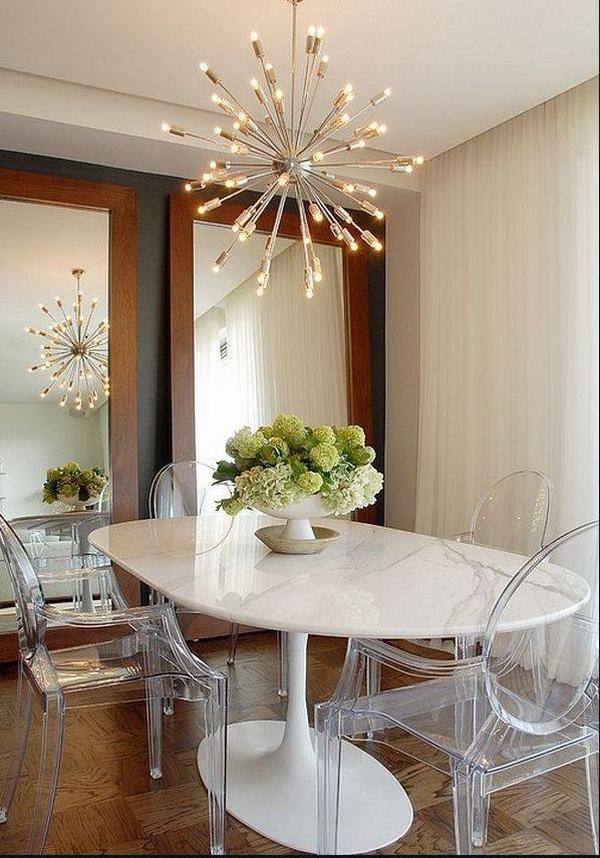 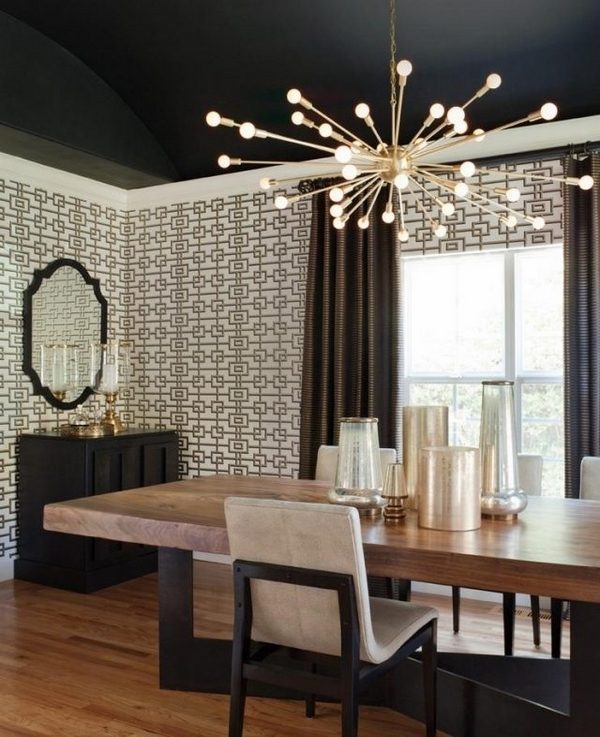 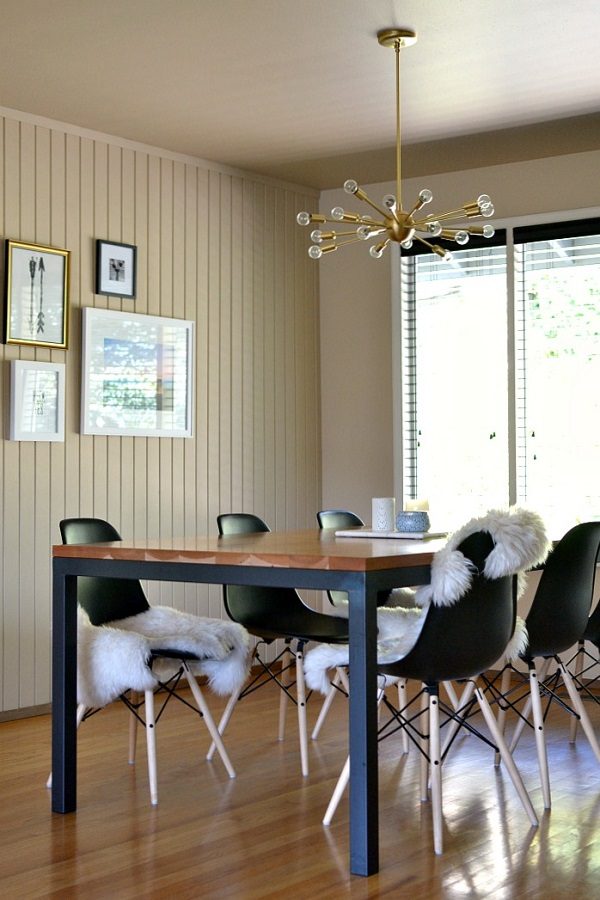 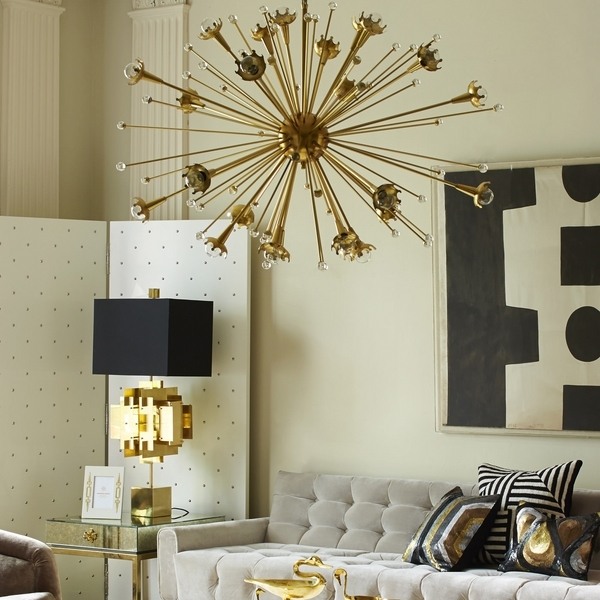 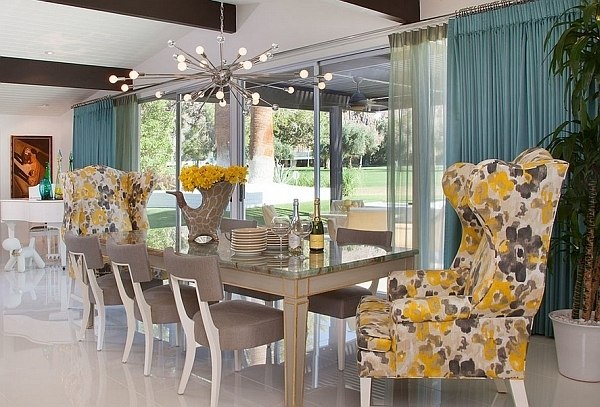 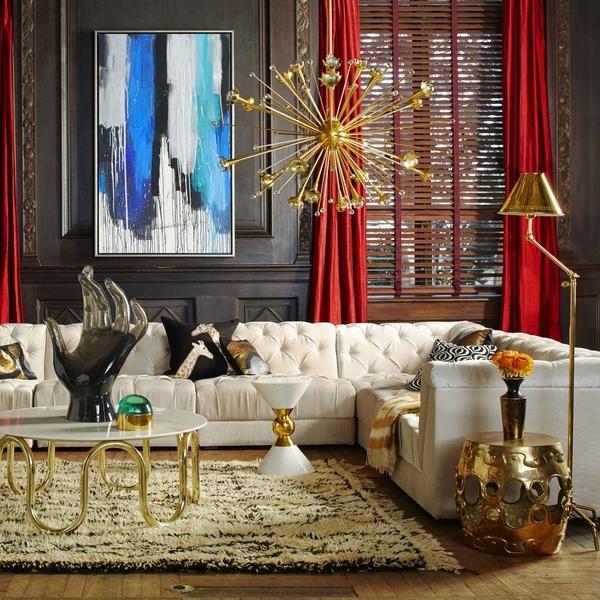 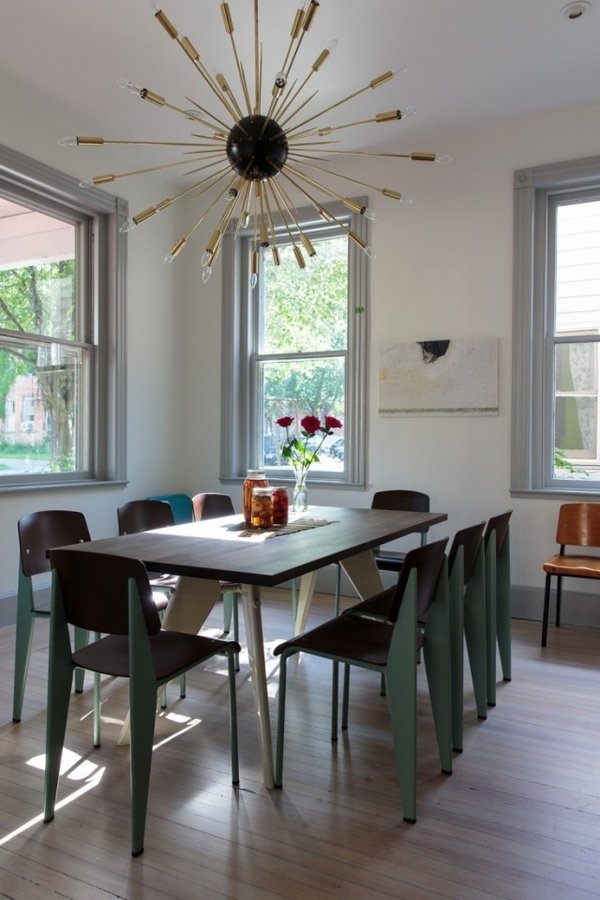 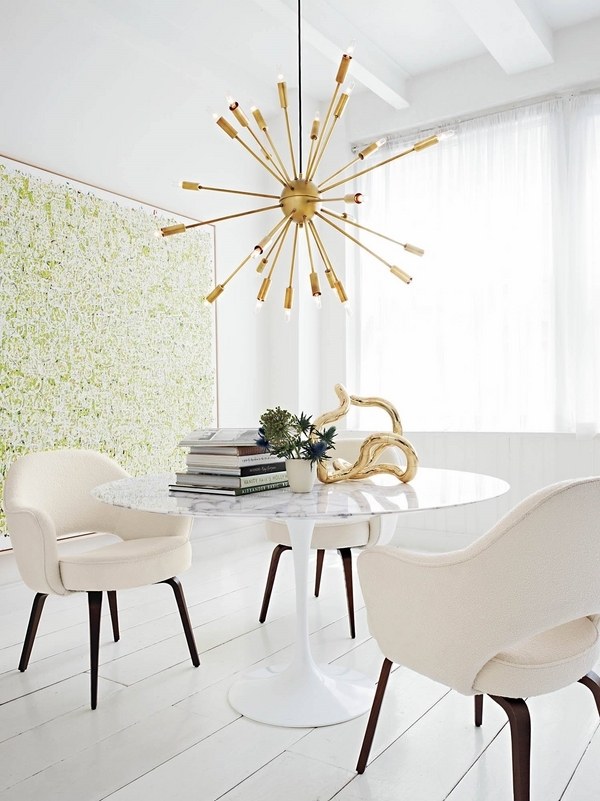 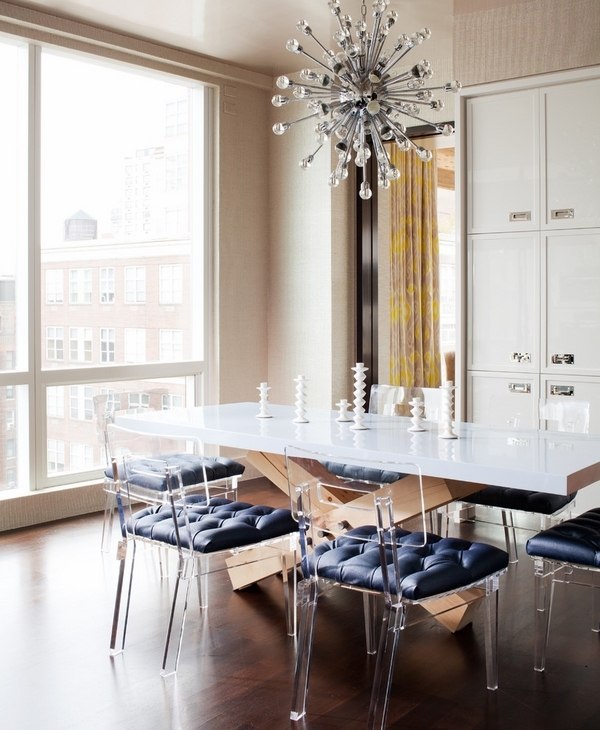 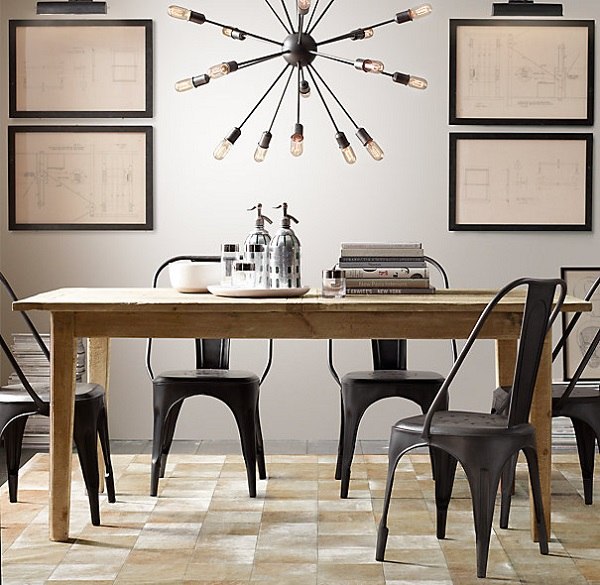 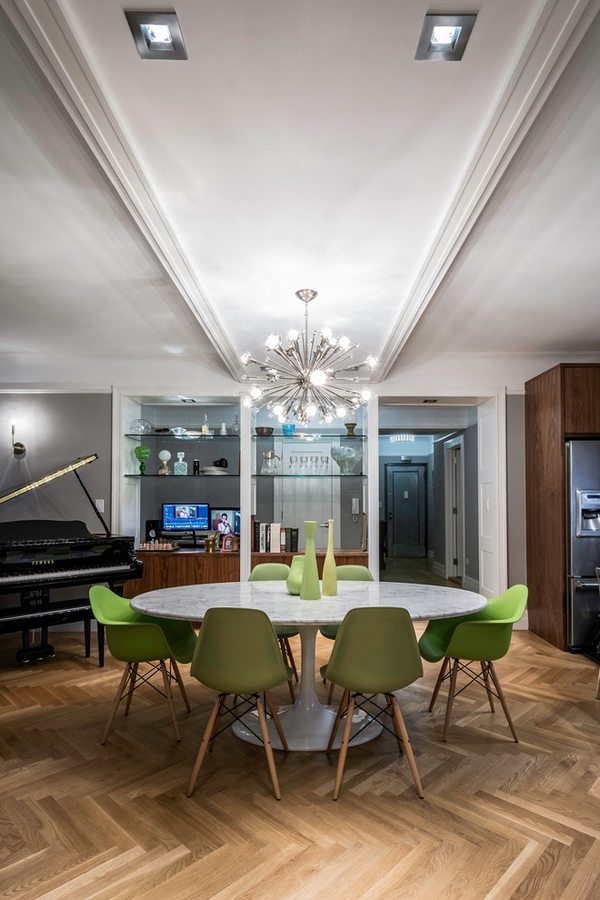 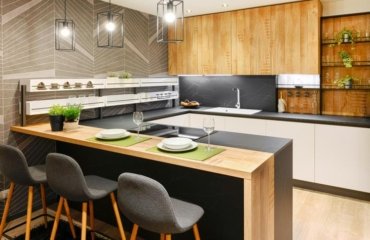 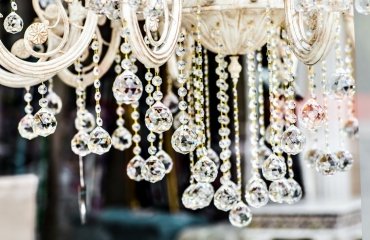 How to choose a chandelier and create a harmonious interior? 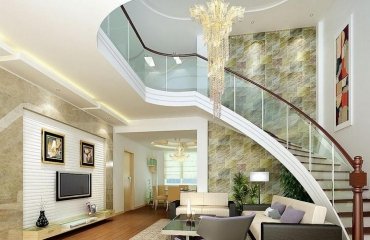 Dramatic cascading chandeliers – a spectacular focal point in any home 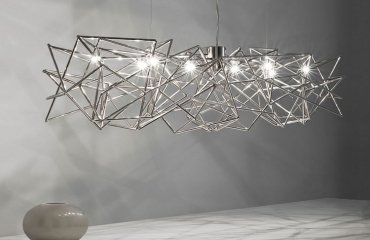 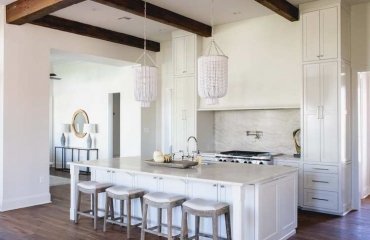 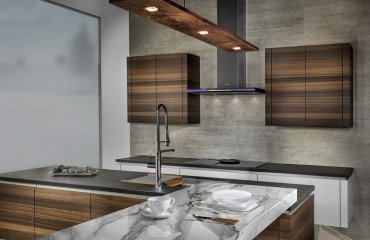 Lighting above the kitchen island – 5 ideas for your home